Coronavirus News: Fairfax Co. votes to increase substitute teacher pay | Is it time to get a COVID-19 booster? Which one? | Local cases of COVID-19 | How many in DC region are vaccinated?
Home » Loudoun County, VA News » Loudoun Youth Football players…

Because of growing fears over head injuries, fewer parents are letting their kids participate in tackle football. Some parents in Loudoun County have banded together to obtain and play-test on their kids’ heads costly and newly-designed football helmets that promise better protection.

Kids in the Loudoun Youth Football League have just wound up the first season, with some of them wearing VICIS youth helmets, which sell for $500 each.

The company said the helmets are designed to minimize head injury. The kids say they like the helmets and some parents feel certain they’re better at protecting kids from the risk of head injuries and concussions, so they want more.

“I do believe that getting a helmet on our children that offers the type of safety and technology that VICIS has is the appropriate move for everyone who is involved in youth football,” said Carm Caruso, a parent of two boys ages 10 and 6 who play in the Loudoun League.

Caruso also has 20 years of experience as a football player and coach. 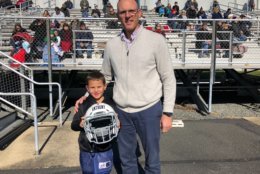 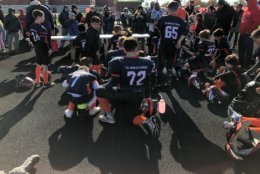 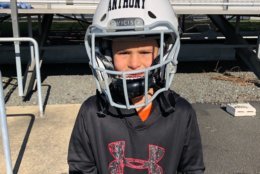 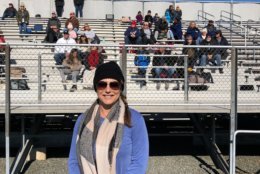 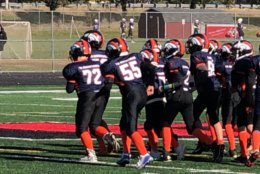 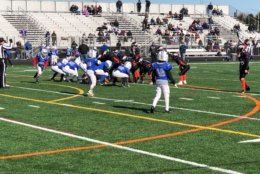 The helmet called the “VICIS Zero1” youth helmet received the highest safety rating in an independent test earlier this year by Virginia Tech researchers. VT has been safety-testing helmets since 2011.

“That’s my number one concern is concussions and head injuries, especially at a young age … there’s some big kids out there that are playing at age 10 and 11, so anything that can help reduce that impact on their head is very important,” said Jennifer Elian of Leesburg, a mother of 10-year-old and 7-year-old boys who play in the Loudoun league.

Caruso, working with other parents, has launched a campaign to put the costly helmets on each of the approximately 220 heads in the Central Loudoun Youth Football League.

“We’ve already secured enough sponsorship money … that if we are successful in our campaign, we already have enough capital to make the transaction with VICIS and bring these to all the kids in the league,” Caruso said.

Caruso hopes all kids throughout Loudoun County can eventually play in VICIS helmets.

“It’s a much more comfortable helmet,” said Oliver Noll, 11, of the Loudoun league’s Falcons who played a championship game on a cold, sunny Saturday morning at Heritage High School in Leesburg. “It does not shake as much on your head and it makes you feel more protected and its warmer too … I think all leagues should have these new helmets … I think everybody should have it, so nobody gets hurt,” he said.

“We are talking about a contact sport so there are inherent risks … however the benefits around what the athletes experience and the lessons they learn participating in contact team sports far outweigh the risk of injury if you have a leadership team and a structure that puts the kids in a safe environment … through proper coaching, proper practicing and proper equipment,” Caruso said.