Developed in partnership with the Fairfax-based Children’s Science Center at Fair Oaks Mall, the new regional science center in Dulles will be an extension of the Science Museum of Virginia in Richmond.
Listen now to WTOP News WTOP.com | Alexa | Google Home | WTOP App | 103.5 FM

Developed in partnership with the Fairfax-based Children’s Science Center at Fair Oaks Mall, the new regional science center will be an extension of the Science Museum of Virginia in Richmond.

“This partnership is a result of leaders from across the state who stepped up to make this dream a reality and found a smart solution to fill a major gap in our region,” Nene Spivy, executive director for the Children’s Science Center, said in a Science Museum of Virginia news release.

This new STEM-focused resource will serve an estimated 300,000 guests annually, including children, families, schools and visitors of all ages. It will be located on donated land at the Kincora development in Dulles and will be 10 times the size of the current Children’s Science Center facility at Fair Oaks Mall.Museum officials say support from local and state elected officials was key to securing the funding to advance the science center to detailed design.

State Del. David Reid, who represents the 32nd district that is home to the future science center.

“I am thrilled for Loudoun to host this valuable resource for the region, and I appreciate the significant economic impacts it will bring to the region and commonwealth,” said state Del. David Reid, who represents the 32nd district that is home to the future center.

The Loudoun County Board of Supervisors agreed to contribute $15 million to the public-private partnership project.

“How special will it be to see Loudoun’s children – including my own daughter – be inspired and excited to go learn about science and innovation?” said county Supervisor Ron Meyer. “Loudoun County is cementing its legacy as a home for next-generation learning.”

Private support and community involvement has been essential in the early planning for the regional science center, project officials said. Grants from the Fairfax Education Foundation and Claude Moore Charitable Foundation, as well as significant donations from several generous donor families, enabled the development of a comprehensive master plan for the science center in 2017.

Regional residents of all ages and perspectives provided input to the design team led by Roto, an international museum design firm, to help envision an innovative and efficient facility with expansive galleries and learning spaces to be filled with engaging, hands-on experiences, the news release said.

Themes emerging from the plan encourage audiences to explore a variety of topics through the lens of science, from water, motion and medicine, to space colonization and the fusion of technology with the arts.

The master plan reflects the unique character, attributes and aspirations of the region. It is designed to enable the science center to be a community hub and showcase, while offering direct connections for outdoor environmental education by taking advantage of the diverse, mixed-uses within Kincora and its over 150 acres of stream-valley parkland.

The total cost of the science center is projected to be over $70 million, with the public partners supporting approximately two-thirds of the funding. The remaining funds will be secured through private donations as required to match the state’s contribution.

During the next phase, architects and engineers will be commissioned for the detailed design of the facilities and exhibits. In the near future, a new name and brand identity will be developed for Northern Virginia’s regional science center. 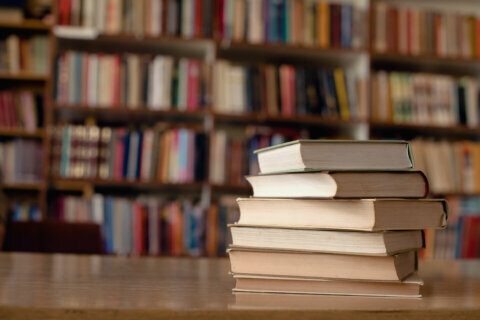