After a mother and her adult son were shot to death in their Aldie, Virginia, home in January, a man who is suspected to be linked to their killings has been arrested Tuesday.
Listen now to WTOP News WTOP.com | Alexa | Google Home | WTOP App | 103.5 FM

WASHINGTON — After a mother and her adult son were shot to death in their Aldie, Virginia, home in January, a man who is suspected to be linked to their killings was arrested Tuesday.

Brian K. Welsh, 38, of Herndon, Virginia, was taken into custody Tuesday afternoon and has been charged with two counts of first-degree murder in the double homicide of 65-year-old Mala Manwani and her 32-year-old son Rishi Manwani, the Loudoun County Sheriff’s Office said.

The two Manwanis were found dead with multiple gunshot wounds on Jan. 31 in their home in the 25000 block of Tomey Court.

Welsh knew the son, Rishi, Loudoun County Sheriff Mike Chapman said during a Tuesday news conference, and it is believed Welsh targeted him over drug activity taking place inside the home. The two were involved in “narcotics purchases and distribution,” Chapman said, but wouldn’t go into any specifics because of the ongoing investigation.

The mother, Mala, was not believed to be an intended target, Chapman said.

He said several bullet casings were found in the home and matched the gun that was recovered during the investigation. Chapman would not specify the caliber of the weapon.

“It just shows you how devastating this problem is across the board,” Chapman said Tuesday when asked about the double homicide and its relationship to illegal drug activity.

Mala and Rishi were found dead in their home when deputies arrived to check on their welfare following a call from one of Mala’s co-workers after she didn’t come to work that week. Her last contact with her work was by an email sent at the beginning of that workweek.

The sheriff’s office went into more detail Tuesday about where Rishi and Mala were killed in their home: Rishi was killed in the basement, but Mala, who was not in the basement at the time, might have heard something going on and was “later confronted in a different part of the house by the suspect.”

The sheriff’s office added that Welsh had been to the Manwanis’ home before, and that Rishi and Welsh were fairly close friends who would see each other often.

Welsh had been interviewed several times during the course of the investigation, Chapman said.

At the beginning of the investigation, officials had said there was no evidence of forced entry into the home, and investigators had said the killings were not random. They had already suspected the victims’ deaths were related to “potentially criminal activity,” Chapman said in February.

Chapman had also confirmed at the time that Rishi’s older brother had died from a heroin overdose in 2015 in Fairfax County.

Detectives with the sheriff’s office interviewed more than 60 people and followed leads in West Virginia, Northern Virginia and central Virginia. They served 21 search warrants and seven court orders during the investigation.

Welsh is currently being held without bond at Loudoun County Adult Detention Center.

Law enforcement officials are also looking into the drug aspect of the case.

Watch a video of Tuesday’s news conference with the Loudoun County Sheriff’s Office below. 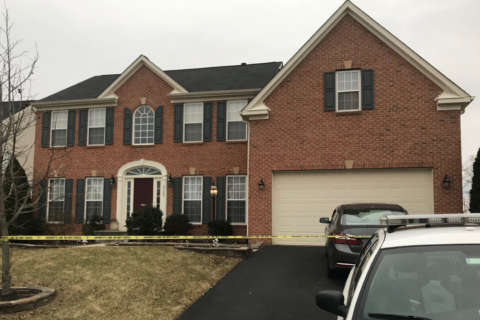 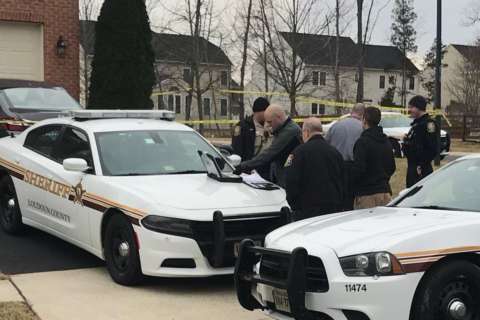