Mala, 65, and Rishi Manwani, 32, were found when deputies arrived to check on their welfare following a call from one of Mala's co-workers, who reported that she had not come to work this week.
Listen now to WTOP News WTOP.com | Alexa | Google Home | WTOP App | 103.5 FM
(1/3) 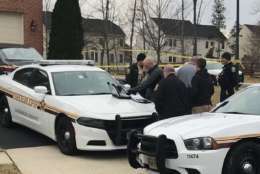 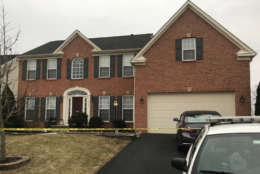 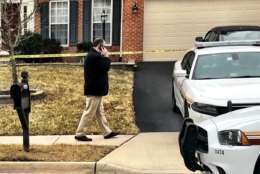 ALDIE, Va. — A Loudoun County mother and her adult son were discovered dead of gunshot wounds in their Aldie home Wednesday. Loudoun County Sheriff’s deputies said they believe they are both homicide victims.

The bodies of Mala Manwani, 65, and Rishi Manwani, 32, were found when deputies arrived to check on their welfare following a call from one of Mala’s co-workers, who reported that she had not come to work this week. Sheriff’s office spokesman Kraig Troxell said the mother was last heard from in an email sent Monday.

Sheriff Mike Chapman said there was no evidence of forced entry into the home in the 25000 block of Tomey Court.

“The victims had each been shot multiple times,” said Chapman, speaking to reporters Thursday afternoon. “They were both found inside the house in different locations.”

Chapman said investigators are confident the killings were not random.

“We suspect it was related to potentially-criminal activity that was going on in the residence,” Chapman said. “That’s why we’re not concerned this was anything other than a targeted set of murders here.”

Asked if drugs were found inside the home, Chapman demurred. “The investigation is ongoing, I can’t really discuss that part.”

Chapman confirmed that Rishi Manwani’s older brother died from a heroin overdose in 2015 in Fairfax County.

“As far as I know, we’re not familiar with any reports of any suspicious activity at this home before,” Chapman said.

Investigators are working to determine whether neighbors have outdoor surveillance video, which could provide more clues.

As of Thursday afternoon, yellow crime scene tape was still up, with sheriff’s deputies protecting the integrity of the crime scene.

Below is a map of the area where the mother and son were found.