The family — two adults and three children — made it out alive, but their two-story house in the 20200 block of Birdsnest Place was completely destroyed.
Listen now to WTOP News WTOP.com | Alexa | Google Home | WTOP App | 103.5 FM
(1/3) 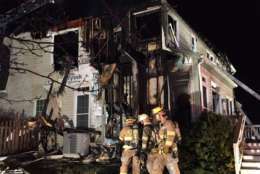 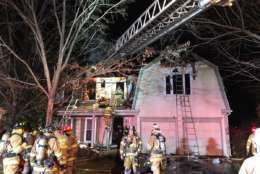 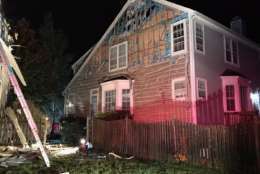 WASHINGTON — An Ashburn, Virginia, family has been displaced after their house caught on fire due to a malfunction in the flue system of the chimney Friday.

The family’s neighbors saw flames coming from the roof and reported the house fire before the residents did, according to Keith Johnson, assistant chief of operations for Loudoun County Fire and Rescue.

The family — two adults and three children — made it out alive, but their two-story house in the 20200 block of Birdsnest Place was destroyed.

A GoFundMe page started by a neighbor states that the family moved in six weeks ago from California and was “counting their blessings that they weren’t in the LA fires.” The page raised more than $20,000 in one day.

“The fire extended into the attic, unknown to the occupants inside of the house,” said Johnson. The homeowner was using the fireplace at the time, he added.

When firefighters arrived at 8:30 p.m., there was a “fully involved attic fire.” The side of the house with the fireplace and chimney was also on fire. And the roof was starting to collapse into the second floor, Johnson said.

Even though firefighters from the Ashburn station got there in just two minutes, the house was “a total loss” with an estimated $475,000 worth of damage.

The Red Cross provided assistance to the displaced family.

Houses on either side of the residence also sustained about $10,000 in heat damage.

“We were able to deploy hose lines on each of those structures to keep the structures from catching fire and further [damaging] those homes.”

Investigators believe the fire started in the flue system somewhere and did not start from the fireplace into the house.

Johnson said that what saved the family was the smoke detectors that went off inside the house. He stressed the need to have chimneys inspected and cleaned each year by a qualified professional.

Smoke detectors should be on each floor of your house, inside and outside of bedrooms, Johnsons said.

The National Fire Protection Association shared the following safety tips to reduce the risk of fires: 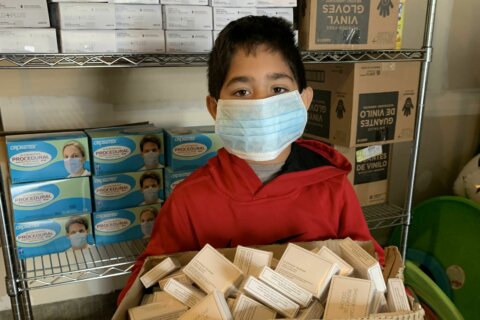