MANASSAS, Va. (AP) — In a universe of cloud computing, northern Virginia might be in a perpetual fog.

More of the data centers that feed the cloud are clustered in the region outside the nation’s capital than anywhere else in the world.

As cloud computing — which enables data storage and other services to be delivered over the internet — continues its exponential increase, the appetite for new data centers continues to grow. And increasingly, communities that abut the centers are complaining about their new neighbors, mostly about the noise from constantly whirring fans needed to cool the computers and servers warehoused within.

Browne said he preferred the quarry that used to occupy the land over the data center. And he’s worried that the noise will only get worse in winter, when a line of trees that provides something of a buffer sheds its leaves.

Speakers at the protest said they fear Prince William County is on the verge of joining its neighbor, Loudoun County, which is known as the data center capital of the world.

“We are the canary in the coalmine,” Browne said.

Northern Virginia has been a tech hub since the formation of the internet, and now hosts more data centers than the next five largest U.S. markets combined, according to the Northern Virginia Technology Council.

Browne and his neighbors say noise from the data center regularly exceeds the local limit of 60 decibels for noise — a study by Amazon disputes this — but it’s largely a moot point because the county noise ordinance exempts air conditioning units. Activists say the ordinance was written more than 30 years ago and never anticipated the massive cooling systems used in data centers.

Amazon Web Services, for its part, said it’s installing acoustical shrouds at the site as part of its noise-reduction efforts.

“Addressing our neighbors’ noise concerns in Prince William County is a priority for us,” a company spokesman said in a statement.

Noise is not the only issue. Spencer Snakard, president of Protect Fauquier, worries that more data centers will require more high-voltage transmission lines to deliver the massive amounts of electricity they require, destroying views and posing their own potential health risks.

“I see these noisy monstrosities much like computers of the 1960s and 70’s: massive, bulky, ugly, and in their infant stage,” she said.

Not all residents are opposed to the data centers. In the Gainesville area, a group of property owners proposed having their land rezoned from agricultural use to allow them. County staff recommended approving this ahead of a Sept. 14 planning commission vote.

Mary Ann Ghadban of Gainesville, 68, is one of the property owners who would sell if the area is rezoned. A lifelong county resident, she built what she called her “dream barn” on her 55-acre horse farm.

“All my neighbors, we were all long-timers. We were going to live here until we died,” she said.

But after the electric company built high-voltage transmission lines through her property in 2008, she said her horses suffered ill health effects, and property values dropped. Housing developers took over nearby tracts, and her rural enclave became something else.

There’s also opposition from the nearby Manassas National Battlefield Park. Superintendent Brandon Bies likened the threat to Disney’s bid 30 years ago to build a theme park near the battlefield — a proposal environmentalists and other activists famously scuttled — and pushed back against the notion that transmission lines have already destroyed the area’s rural character.

“While indeed unsightly, the agricultural and historic nature of the battlefield’s western edge is still largely intact,” he wrote in a letter to the county board.

Counties that snub data centers would be turning down a lucrative source of tax revenue.

Data centers now provide for more than 30 percent of the general fund budget of Loudoun County, a suburb of the nation’s capital with more than 400,000 residents.

While the windfall has been a boon to Loudoun, Phyllis Randall, chair of the county’s Board of Supervisors, has raised concerns about overreliance on the industry.

“I’m not an economist, but even I know that not diversifying your economy to that degree gets a little dangerous,” she said at a February meeting where a board committee considered plans to manage the data centers’ growth.

Levi, with the Data Center Coalition, said northern Virginia remains a particularly attractive site for a number of reasons. He points to the region’s history as an internet hub for starters — in a business where nanoseconds matter, so does proximity to those hubs, Levi said.

In addition, Virginia was one of the first states to establish tax incentives for data centers.

He acknowledged that community resistance has increased as the industry has expanded. The industry is typically tight-lipped because of its security requirements, and needs to do more to promote its beneficial impacts, along with its advances in designing centers to have less environmental impact, he said.

“I think you’ve seen a lot of continuing innovation and design changes in response to community concerns,” he said. 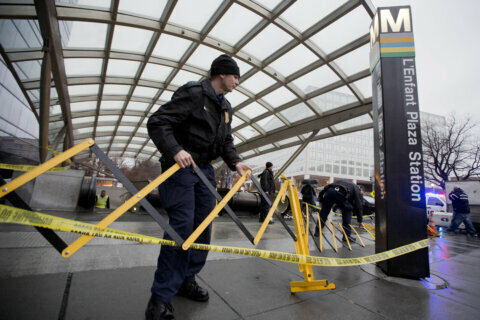