Last year, the U.S. branch of the Jesuits pledged to raise $100 million for a reconciliation initiative in partnership with descendants of people once enslaved by the Catholic order.
Listen now to WTOP News WTOP.com | Alexa | Google Home | WTOP App | 103.5 FM
(1/2) 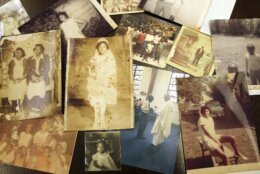 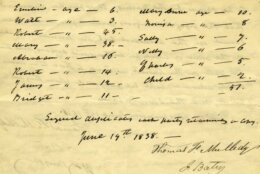 Last year, the U.S. branch of the Jesuits pledged to raise $100 million for a reconciliation initiative in partnership with descendants of people once enslaved by the Catholic order. On Tuesday, a leader of those descendants expressed deep dissatisfaction with the order’s lack of progress since then.

Joseph Stewart, in a publicly released letter to the head of the order, contends the Jesuits have failed to uphold their side of the partnership with the urgency the circumstances demand. Stewart and other descendants are the progeny of 272 enslaved men, women and children sold in 1838 by the Jesuit owners of Georgetown University to Louisiana plantation owners to pay off the school’s debts.

The Jesuits “are in a state of disillusionment,” Stewart wrote, warning of the possible disintegration of the partnership between the Jesuit Conference of Canada and the United States, and the GU272 Descendants Association, which represents those whose ancestors were sold.

If the partnership falls apart, “the Jesuits leaders of today will effectively betray Descendants today just as the Jesuits of the past betrayed our ancestors,” Stewart wrote. “Jesuits will attempt to put Reconciliation back on the shelf for another 200 years as voices for ‘reparation’ get stronger and stronger and louder and louder.”

Their partnership and joint creation of the Descendants Truth & Reconciliation Foundation was announced in March 2021. The Jesuits pledged to raise $100 million within five years with a broader goal of reaching $1 billion from an array of donors. The money would pay for educational opportunities for current and future descendants, and the foundation would oversee fundraising and grant allocation.

In his letter to the international religious order’s leader, the Rev. Arturo Sosa, Stewart called on the Jesuits to act urgently and fund the descendants’ trust so racial reconciliation grants, scholarships and care for the elderly could move forward.

Stewart suggested the funding delay has been caused by the Jesuits’ reluctance to move about $57 million in proceeds from 2009 plantation land sales into the trust. In his letter to Sosa, he urged the sale of remaining plantation lands and depositing those proceeds by Christmas. Stewart also laid out an incremental, multiyear funding timeline that starts with a $100 million deposit by July 2023 and finishes with a $1 billion addition by July 2029.

“Fundraising alone has not produced sufficient resources to make the foundation effective and to begin delivering on the promise,” Stewart told The Associated Press. “It has not derailed the initiative, but it’s just going too slow. We need to accelerate it.”

The Jesuit USA East Province has hired two firms to help sell the remaining Jesuit-owned land with proceeds going entirely to the descendants trust, the East Province said in a statement Monday.

It also is in discussions about how the province can use the proceeds from the 2009 sale of the Maryland plantation to benefit the descendants trust, but one province or conference cannot make a unilateral decision for the order, the statement said. Some of that $57 million was used to build a retirement center and supplement a fund that helps African American students attending Jesuit schools, with the remaining money being deposited into the Jesuit aged and infirm trust.

The Rev. Timothy Kesicki, the chair of the descendants’ trust and past president of the Jesuit conference, said the process of transferring funds from the land sale to the trust is already in motion, but it is complex and “the pace of the fundraising has been rough.” He added that the process is so new to all involved.

“How this foundation will operate is still in question. There is still a lot of work we’re doing to bring this vision to a broader community,” Kesicki said. “I’m not surprised by a slow start. But we are committed to seeing it through to the finish line.”

The Jesuits are still on track to transfer $100 million into the the trust within three to five years of their March 2021 announcement, he said. Kesicki is seeking grants to bring in more people and money to accomplish those goals.

In 2017, he delivered an apology to the descendants of the 272 enslaved people who were sold by the university’s Jesuit owners. Stewart would like Pope Francis to make a similar apology. In his letter to Sosa, he asked after his April invitation for Francis to visit with the descendants.

It would be a deeply meaningful papal act, said Stewart, who spoke of the hurt he personally endured as a devout Catholic whose ancestors were enslaved by the church he holds dear.

“It all starts with admitting the wrong,” he said. “But if you apologize and walk away, there is no value to it. It has to be stepping off point to make change that uplifts lives.”