Chesapeake Bay Foundation gives health of the bay a D-plus

Among the reasons for the low grade: the plummeting score assigned to the status of the rockfish, or striped bass.
Listen now to WTOP News WTOP.com | Alexa | Google Home | WTOP App | 103.5 FM

The Chesapeake Bay Foundation, which conducts biennial ratings of the health of the watershed, handed out a D-plus rating for 2020.

Among the reasons for the low grade: the plummeting score assigned to the status of the rockfish, or striped bass. That number in the fisheries category dropped 17 points.

William Baker, president of the Chesapeake Bay Foundation, blamed part of the problems on “ineffective management of striped bass.”

In the 1980s, fishing of the striped bass was banned to allow the fish population to recover.

Moore said concerns over the population of the fish didn’t end after that ban was lifted — in fact, there were new worries that the fishery was in trouble.

“These concerns came to the forefront in 2019, when the new stock assessment that was adopted by the Atlantic States Marine Fisheries Commission showed the stock to be both overfished and with overfishing occurring,” Moore said.

Blue crabs did well, according to the report, with a 60 out of 100. That puts the blue crabs at a B+. Protection of the population of adult female crabs should be a focus of fishery managers, the report said.

Oysters, long a focus of restoration efforts in the Chesapeake Bay, got a grade of F. The report cites overharvesting, an argument that has generated debate in Annapolis. The report says “regulations implemented in Maryland have failed to reduce fishing rates or resolve overfishing.”

Noting that President-elect Joe Biden has deep roots in Delaware — he served the state in the Senate and has a home in Rehoboth Beach — Baker said, “The new administration can be an advocate for funding, as opposed to cutting funding to zero or cutting funding by nearly 90%, as President Trump did.”

Baker added, “We’d like to see the Biden administration be a champion for allocating more federal farm bill conservation money to the Bay in total and to Pennsylvania specifically.”

U.S. Sen. Chris Van Hollen, a Democrat from Maryland, said in a statement, “While I’m pleased with some areas where we’ve seen improvements, as I often say, preserving the health of the Bay is like trying to walk up a down escalator — in order to protect the Bay, we must outrun all the stresses it faces from all the states and cities that drain into it.

“While Congress, on a bipartisan basis, has increased the federal resources available to protect the Bay, the Trump Administration has refused to hold Pennsylvania more accountable for failing to meet their pollution reduction targets under the Chesapeake Bay Agreement. Everyone needs to work together and I look forward to working with the incoming Biden Administration EPA to meet our mutual goals of Clean Water in the Chesapeake Bay by 2025 by holding all partner states accountable,” Van Hollen said.

The concerns about Pennsylvania are tied to that state’s lagging progress on meeting pollution reduction goals by 2025. New York state has also fallen short on the goals, said Baker. CBF filed a federal suit in an effort to get the Environmental Protection Agency to take action.

Not all the news on the health of the bay was negative.

Dr. Beth McGee, a senior water quality scientist, said, “One of the region’s success stories has been efforts to upgrade our wastewater treatment plants, and all states have done a fabulous job in that regard.”

But, she added that there is more work to be done.

“Unfortunately, nearly all states are behind in reducing pollution from agriculture in urban and suburban lands,” McGee said. 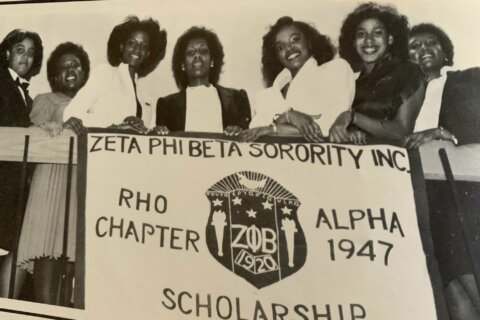 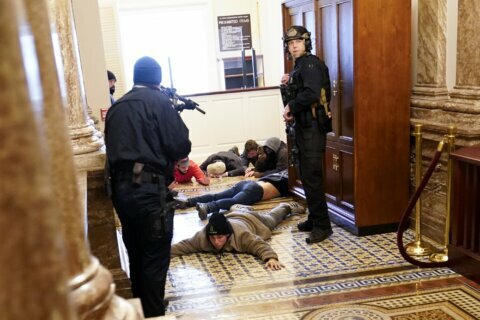