It was a bustling Thursday at Montpelier Farms in Upper Marlboro, Maryland, as kids raced around on playground equipment, friendly alpacas greeted visitors and hungry goats sought families with bags of food.

In that sense, it was a very normal day under sunny skies at one of the D.C. region’s more popular fall festivals. But its weekday timing, instead of a weekend, was also one more indication that things were different this year because of the COVID-19 pandemic.

“We’ve limited our capacity; we’re only allowed so many people in here at one time,” said Adrianne Dunn, one of the owners of the farm here.

“Even though it’s an outdoor venue, masks must be worn the entire time on the premises,” per county regulations, she said. 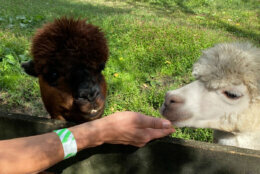 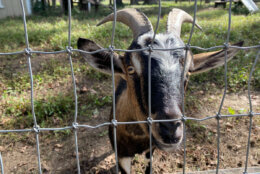 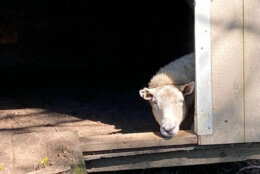 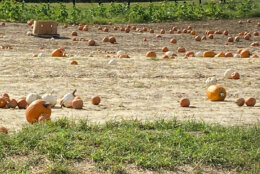 There are signs posted all around the farm reminding people to stand 6 feet apart from other families.

“Our hayrides, we used to have them jam packed with people,” Dunn said. But with families seated 6 feet apart from each other, “they can’t hold nearly as many at one time.”

An indoor market is still open-air, and Plexiglas separates customers from employees both at the admission shed and inside that market.

Though there now might be limited capacity on the weekends, they’ve been able to expand their hours on weekdays to allow for more people.

“We used to do school tours during the week,” Dunn said. “With no school, there are no field trips.”

People arrived as soon as the farm opened at 10 a.m. Thursday, with a steady stream of families arriving as the day went on.

“So far, we’ve gotten a really good response,” Dunn said. “We’re trying to follow the rules … and people seem to be very, very happy so far.”

Part of the allure of Montpelier Farms and other fall festivals in the area is the big pumpkin patch. Gourds of all shapes, sizes and colors were spread around the patch, waiting to be picked.

“We did have a lot of rain [earlier] so it was a little worrisome,” she added. “We’ve had years like that before where we couldn’t get the pumpkins. They were rotting right where they were sitting in the field.”

“This year it seems to be so far, so good,” Dunn said. “You want rain, but you don’t want too much rain. Depending on where your pumpkins are sitting … it’s weather-related.”