The longtime owner of Captain White’s Seafood market in D.C. died in a truck crash in Fairfax County, Virginia, just days before he would have turned 65.

Billy Ray White, 64, was remembered as dedicated and passionate on the Captain White’s Seafood Facebook page.

“He will forever and always be in our hearts and minds,” a Facebook post on the market’s page reads. “Every day when we come to work he is everywhere and in every detail.”

Fairfax County police said White was driving a 2013 Ford F35 in the 700 block of Walker Road in Great Falls on Tuesday when he crossed over the double yellow lines, left the roadway and struck a Dodge Ram that tried to avoid the crash. White’s vehicle then struck a utility pole and overturned back onto the roadway, according to police.

White died at the scene. He would have turned 65 on Thursday, July 16.

The driver of the Dodge Ram was taken to a hospital for injuries that were not life-threatening, police say.

While alcohol is not believed to be a factor, detectives are investigating whether speed or a possible medical emergency may have contributed to the crash.

White’s family tells NBC Washington that they think a medical emergency contributed to what happened.

“He will never be forgotten and always will be missed,” reads the post on the market’s Facebook page.

He leaves behind wife Penny, two sons, Mark and Pete and their wives, a grandson Douglas and a brother Sonny. 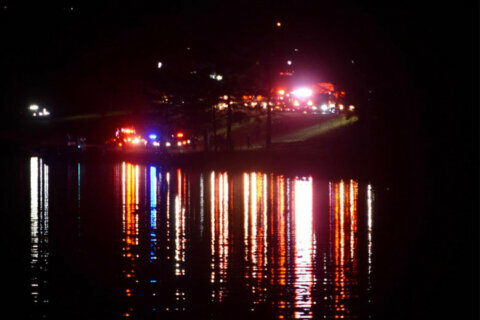