Here's a list of some of the marches, protests and observances in D.C., Maryland and Virginia on Friday, in honor of Juneteenth.
Listen now to WTOP News WTOP.com | Alexa | Google Home | WTOP App | 103.5 FM

Juneteenth marks the day when, on June 19, 1865, a Union Army general read federal orders in Galveston, Texas, proclaiming that enslaved people were free, two and a half years after the Emancipation Proclamation was issued.

This year, the annual celebration generally marking the end of slavery in the U.S. falls on a Friday, and comes amid the coronavirus pandemic and widespread protests against systemic racism sparked by the May 25 killing of George Floyd in Minneapolis police custody.

Though Juneteenth is not a federal holiday, there’s renewed interest this year to mark the day in a more expansive, meaningful way. A number of major companies, such as Nike and Twitter, are making it an annual paid company holiday.

So, how are people in D.C., Maryland and Virginia marking the day?

Here’s a list of some of the marches, protests and observances starting Friday. The Strike for Black Lives page has a D.C. map with an overlay of where and when some protest groups are gathering Friday.

Because of the pandemic, organizers are reminding attendees to wear masks and be aware of social distancing measures.

Strike for Black Lives
The strike calls for “disruptive actions” with the goal of shutting down the city. First thing in the day, Black Lives Matter DC is asking for people to block major intersections and highways. Those who have to go to work should call out, it asks. Business owners should put up a Black Lives Matter poster, close their businesses and show solidarity with workers, according to the organizers.

Movement for Black Lives
The group’s platform includes pushing to defund the police, asking for the resignation of President Donald Trump and calling for more investment in Black communities. The Movement For Black Lives has a navigator of events going on Friday all around the world. One local event includes a march starting at the National Museum of African American History and Culture on the National Mall and ending at the Martin Luther King Jr. Memorial.

Don’t Mute DC “People’s Juneteenth Celebration”
The organization that sprang from the controversy over go-go music being played on a Shaw street corner has a day of in-person and virtual marches and conversations. The day begins at noon with a Facebook Live conversation. It continues until 11 p.m. with an after-party, including a D.J. battle and spoken word event.

Million Moe March
The producers of Moechella and the Million Moe March will begin the day near the Trump International Hotel in downtown D.C. to call for the defunding of police. From that point, a later afternoon event will go from Black Lives Matter Plaza to 14th and U streets Northwest at 4 p.m.

Ward 7 Caravan
A group will meet at the parking lot at RFK Stadium at Benning Road and Oklahoma Avenue Northeast at noon. The group will drive to Freedom Plaza.

Black Students Matter
A rally for “educators, students, families and all who support equitable education” begins at 11 a.m. at Freedom Plaza. People will gather at 10 a.m. to begin making signs. The walk will go to the U.S. Department of Education on the other side of the National Mall.

Vigils Against Racism
A group of faith communities will a string of Friday night vigils along 16th Street Northwest beginning at 5 p.m. The group has been holding the events throughout June, starting June 5. From the group’s Facebook announcement: “We invite people from all religious communities to join us.” Participating institutions will toll their bells for eight minutes, 46 seconds, beginning at 5:45 p.m.

Ward 8 Motorcade
The WIRE, a group of previously incarcerated women who work to provide social support for women recently released from prison, will be meeting at 5 p.m. Friday to drive through several neighborhoods along the border of Maryland and Southeast D.C. The meeting point is the Tiger Mart on Southern Avenue.

NW4BlackJustice Protest March
A group of recent college graduates from the D.C. area will be leading a march from the National Cathedral in Northwest D.C. to Dupont Circle. The march begins at noon.

Petworth Juneteenth Front Yard Festival
The neighborhood in Northwest D.C., near the main streets of Georgia and New Hampshire avenues, will host block parties with social distancing on Friday evening beginning at 6 p.m. and featuring a pot-banging protest at 7 p.m. and a moment of silence for George Floyd at 7:09 p.m.

Black Mamas March
The Black Mamas March begins Friday at 11 a.m. at the Navy Memorial Plaza on Pennsylvania Avenue Northwest between 7th and 9th streets. The group will eventually join another rally at the NMAAHC on the National Mall.

Walk in Love
The Ward 8 walk begins at 10 a.m. at 1351 Alabama Ave. Southeast. More information is available from info@mommassafehaven.org.

Defend Black Lives March
This event begins at 1 p.m. at the National Museum of African American History and Culture on the National Mall.

Freedom Day March
@FreedomDayMarch hosts this 2 p.m. event that begins at the National Museum of African American History and Culture on the National Mall.

Juneteenth Freedom March hosted by Silence the Violence
Meet up at the U.S. Capitol at 4:30 p.m. and march to the White House at 5 p.m.

I Love Being Black FlashMob hosted by The Black Joy Experience
Meets at 5 p.m. at the Freedom Plaza, 1455 Pennsylvania Avenue NW.

March for Racial Equality
In Halethorpe, at 3 p.m., a group will go from 5101 East Drive to Arbour Manor Park in Arbutus.

Defend Black Lives (Silver Spring)
A group will meet in front of the Silver Spring Civic Center at 3 p.m.

Fairfax County NAACP Bike Ride (June 20)
This event leaves from Northside Social at 11 a.m. Saturday. It’s a 5-mile bike ride to show, according to the organizers, solidarity and to honor the holiday. Participants are asked to wear black and to make a $20 donation to the NAACP of Fairfax County.

First Baptist Church of Vienna Rally of Remembrance
Sen. Mark Warner, Rep. Gerry Connolly, state Del. Mark Keam, members of the Fairfax County Board of Supervisors and more will be in attendance. The event begins at 6 p.m. 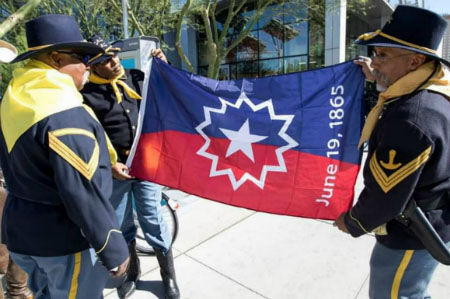 ‘Nobody’s free until everybody’s free’: What Juneteenth means amid a pandemic and protests 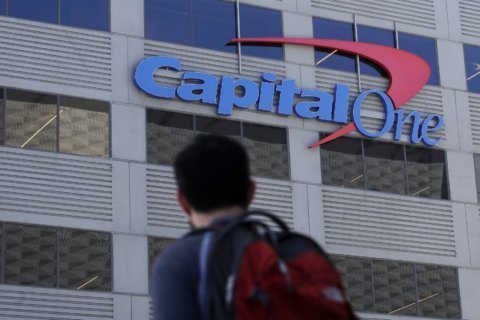