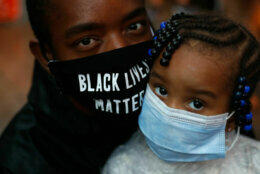 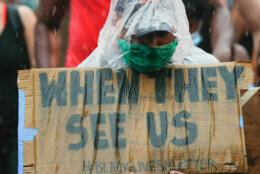 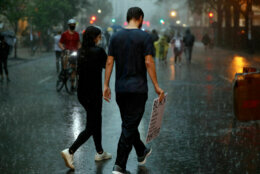 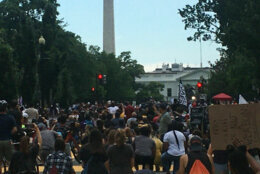 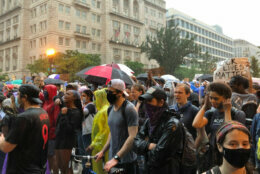 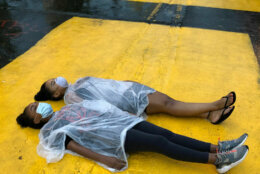 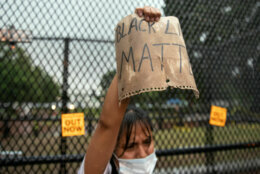 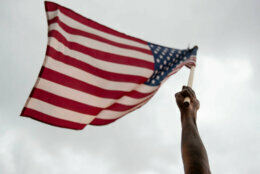 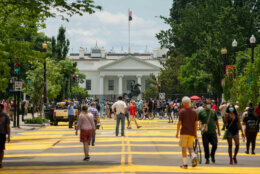 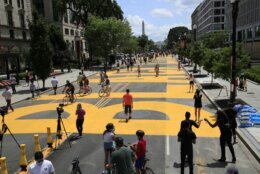 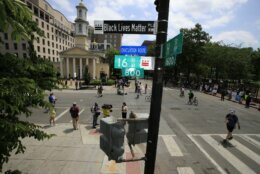 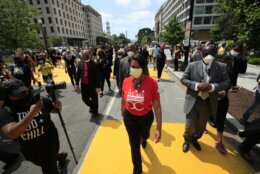 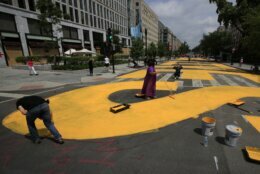 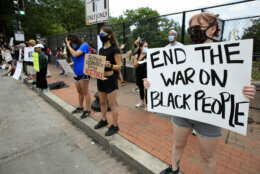 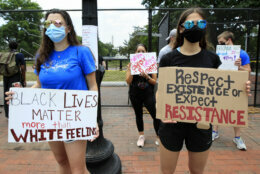 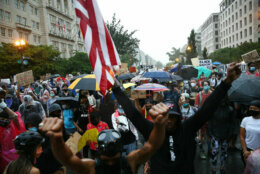 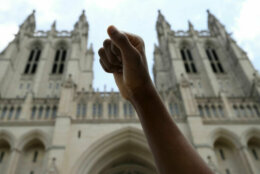 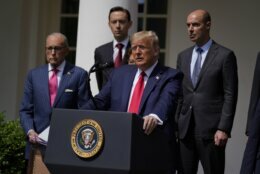 Authorities in D.C. expect Saturday to be the largest demonstration against police brutality in the city since the killing of George Floyd in Minneapolis.

The District has featured daily protests for the past week and they have largely been peaceful, with people marching back and forth from the White House to the Capitol and the Lincoln Memorial.

Those numbers are expected to swell Saturday.

D.C. police Chief Peter Newsham wouldn’t commit to a number but predicted it would be smaller than the 1 million people who attended the Women’s March in 2017.

D.C. police announced Friday that a large swath of roads would be closed to make room for protesters. See a full list of road closures here.

The demonstration comes as authorities have sought to reduce tensions by having National Guard troops not carry weapons.

There were no arrests during demonstrations on Thursday and Friday and D.C. Mayor Muriel Bowser canceled the curfew that had been in place since Monday.

Bowser said she will decide on Saturday morning if it will be reinstated.

Several businesses in the D.C.-area, such as the 9:30 Club, promised to open their premises to protesters who needed to rest, get water, use the bathroom or charge their phones.

The map below shows spots in the District that will open their doors to protesters.

Many have said they will only allow a maximum of 10 people inside at a time in order to keep up social distancing measures recommended by the city for slowing the spread of the novel coronavirus.

On Friday, a “festival-like” atmosphere developed in the newly-minted “Black Lives Matter Plaza.”

By midday Friday, crowds had gathered near Lafayette Square near the White House, which has become a common focal point of protests in the city in the last week.

WTOP’s Ken Duffy reported that the atmosphere on 16th Street was more like a festival than previous days, with protesters playing music loudly across the newly-named plaza.

Duffy reported that rain began in the area of D.C. around 6:30 p.m.

Protesters remained in the area around the White House.

Ahead of the Friday protests, Mayor Muriel Bowser penned a formal letter to President Donald Trump requesting the removal of federal law enforcement and military personnel from the city.

In the letter, Bowser explains that with several nights of peaceful protests in which no arrests were made, she had decided to end the state of emergency in the city.

I request that @realDonaldTrump withdraw all extraordinary federal law enforcement and military presence from our city. pic.twitter.com/AvaJfQ0mxP

In response to the mayor’s letter, President Trump called Bowser “incompetent,” saying her “budget is totally out of control and is constantly coming back to us for ‘handouts’ …”

The president said if Bowser “doesn’t treat these men and women well, then we’ll bring in a different group of men and women.”

In recognition of Breonna Taylor’s birthday, Bowser unveiled a number of changes made in the city ahead of the weekend’s expected protests.

The mayor announced she renamed the section of 16th Street in front of the White House “Black Lives Matter Plaza.”

Taylor, 26, was shot and killed by police in her home on March 13, when they mistakenly executed a no-knock warrant on her apartment while looking for a suspect.

The mayor also commissioned a banner spanning several city blocks written into the street that reads “Black Lives Matter” followed by the flag of D.C.

Breonna Taylor, on your birthday, let us stand with determination.

Determination to make America the land it ought to be. pic.twitter.com/XOfu6CGEGY

“There was a dispute this week about whose street this is,” Bowser’s chief of staff tweeted. “Mayor Bowser wanted to make it abundantly clear that this is DC’s street and to honor demonstrators who peacefully protesting on Monday evening.”

“Bowser has consistently been on the wrong side of BLMDC history. This is to appease white liberals while ignoring our demands. Black Lives Matter means defund the police,” the group said on Twitter.

Bowser responded to the groups’ comments in news conference Friday.
“Black Lives Matter is very critical of police,” she said.
“They’re critical of me. But that doesn’t mean that I don’t see them and support the things that will make our community safe. And that we don’t all have a larger responsibility in the nation’s capitol to send that very clear message to our nation.”

Around noon, physicians holding signs reading “Am I next?” and “Black Lives Matter” stood in front of the hospital in memory of Floyd.

Hundreds took to the streets in Prince George’s County’s Upper Marlboro and similar numbers turned out in Rockville in Montgomery County.

The Upper Marlboro protesters gathered together around 2 p.m. and marched to the town’s courthouse. The town said that most protesters disbanded and returned to their vehicles around 3 p.m.

WTOP’s Will Vitka, Ken Duffy and The Associated Press contributed to this report.