As Maryland continues to battle the opioid epidemic, a medical system in the state said it is seeing positive results in its goal to stop the overprescribing of pain medications.
Listen now to WTOP News WTOP.com | Alexa | Google Home | WTOP App | 103.5 FM

As Maryland continues to battle the opioid epidemic, a medical system in the state said it is seeing positive results in its goal to stop the overprescribing of pain medications.

Dr. Barry Meisenberg, chair of the department of medicine at Anne Arundel Medical Center, said its progress is due in part to changing the way doctors approach pain management for patients.

“We recognized three years ago when the public concern was at its height, that there’s a role for health systems to play in reducing the amount of prescribed opioids that are sloshing around our communities,” Meisenberg said.

When it comes to people becoming addicted to opioids, Meisenberg said it’s known it can begin with someone using prescription pain medications prescribed to them or to others. The dose and intensity of the treatments also played a role in addiction, he said.

Meisenberg said the opioid epidemic began close to 30 years ago when pharmaceutical companies said pain was undertreated and promoted opioids as a safe way to help patients.

“That assertion was based on very flimsy evidence,” Meisenberg said.

The goal of the health system was to standardize how doctors respond, by measuring how often drugs were prescribed and figuring out how much overprescribing was taking place, according to Meisenberg.

He said what needed to change, for example, was someone being prescribed 30 pills when in the end they would only use five.

Using recommendations on dosing of pain medications from the Centers for Disease Control and Prevention, the medical system set guidelines that were sent out to doctors. The guidelines put the focus on prescribing smaller doses of medications for shorter durations. A second prescription would be available, only if necessary.

“People who are scheduled to have surgeries, we wanted them to have realistic pain goals and explained that we would use the appropriate amount of pain medication,” said Meisenberg.

He said 90% of doctors adhered to the new guidelines that led to the number of opioids prescribed by emergency room doctors dropping by half. Also, the number of times opioids were overprescribed dropped by 65% since 2017.

“We’re prescribing at approximately one-third of what we used to prescribe,” said Meisenberg.

When it came to patients, Meisenberg said survey results were also promising. The medical system found patients satisfied with their care and there was no significant increase in the number of people returning to the emergency room because their pain wasn’t under control.

According to Meisenberg, the new guidelines mean fewer pills sitting in medicine cabinets to potentially be given away or stolen. The risk of accidental overdose and becoming a chronic opioid user goes down, when smaller doses and shorter courses of medications are given, he added.

The system’s results were published in the medical journal JAMA. He also expects the medical center’s findings to be introduced in statewide guidance given to health care providers.

“This is an investment in the future health of our community to do this work,” Meisenberg said. 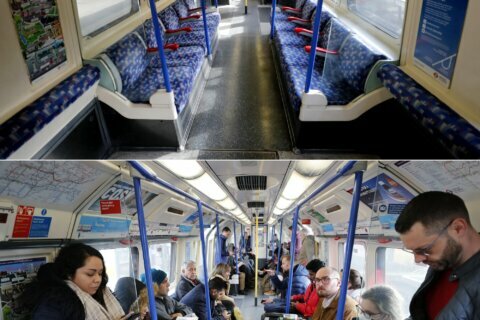