‘It caught our attention’: Air pollution spikes in DC after fireworks

Air pollution around D.C. was worse Thursday than it has been on previous Independence Days. Blame it on the rainy weather, which helped set up the conditions for the smoke cloud to form and, unfortunately, stick around.
Listen now to WTOP News WTOP.com | Alexa | Google Home | WTOP App | 103.5 FM

Many saw Thursday night’s fireworks show on the National Mall disappear into a giant cloud of smoke. And afterward, air pollution around D.C. was worse than it has been on previous Independence Days.

Rainy weather that moved through earlier in the day set up the conditions for the smoke cloud to form and, unfortunately, stick around.

“What those thunderstorms did was stabilize the atmosphere by creating that cool layer of air close to the ground relative to the air a few thousand feet up,” said Storm Team4 meteorologist Matt Ritter.

“So there was no wind, no strong vertical motions in the atmosphere to help that smoke dissipate as quickly as it normally would have,” he said.

The smoke wasn’t just ugly. It had the potential to cause serious health problems for people after prolonged exposure.

“The particles from the smoke that we’re talking about here, they’re the ones that are smaller than two and half microns. That’s really, really tiny — smaller than the width of a human hair,” said Ryan Stauffer, a meteorologist and postdoctoral fellow at NASA’s Goddard Space Flight Center.

“On a nationwide average at least, the Fourth of July always has the highest particulate pollution of the year. It’s like clockwork,” Stauffer said.

But after this year’s fireworks, levels in D.C. were especially high.

The EPA standard for those particles is 35 micrograms per cubic meter for a 24-hour average, Stauffer said, and four air quality monitors scattered around D.C. exceeded that standard.

“Those numbers are really rare outside of areas that are directly affected by wildfires or in megacities … [located in] China or India, where extremely high values of particulate pollution are a lot more frequent,” Stauffer said.

“It caught our attention because it was worse than past years, definitely.”

The air quality has since returned to normal in the city.

“It only really lasts a couple hours once a year, so in terms of exposure to particulate pollution, this shouldn’t be a huge deal,” said Stauffer. “It’s just something to be aware of, I think.” 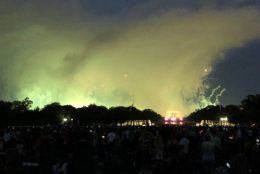 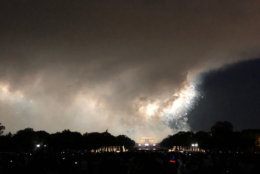 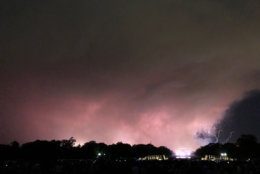 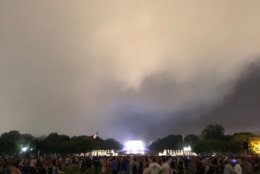 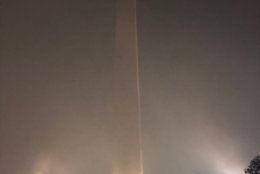 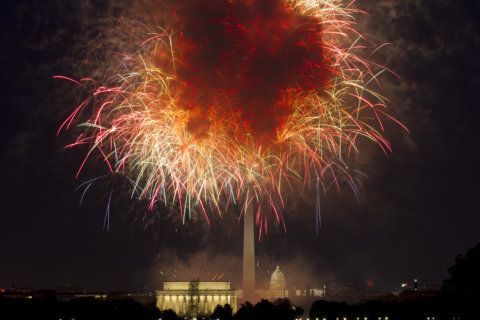