The woman who was killed Monday night after a police chase on the Baltimore-Washington Parkway ended in a crash has been identified.
Listen now to WTOP News WTOP.com | Alexa | Google Home | WTOP App | 103.5 FM

The woman who was killed Monday night after a police chase on the Baltimore-Washington Parkway ended in a crash has been identified.

Brittany Burks, 27, of Amherst, New York, was pronounced dead at the scene after a driver trying to escape D.C. police struck her vehicle while she was stopped on the shoulder; she was the only one inside her vehicle, the U.S. Park Police said Wednesday.

Before the crash with Burks, the striking driver, identified as 24-year-old Darnell Basset, of Northeast D.C., was involved in a hit-and-run with a D.C. police vehicle in the 4500 block of Quarles Street Northeast. The driver fled onto the parkway, traveling north, around 9 p.m.

Park Police responded to the parkway at the Capital Beltway and found the crash.

The driver was speeding when it struck the back of Burks’ vehicle, which was stopped on the right shoulder of the ramp to the Inner Loop of the Capital Beltway, Park Police said.

Basset was the only one in his vehicle, and he was airlifted to a trauma center with what the park police called serious injuries. He is in police custody.

NBC Washington reported that Burks was a Howard University College of Dentistry student, and had aspirations to become a dentist.

D.C. police said they are reviewing the incident to determine whether their officer violated any policy related to vehicle pursuits.

Anyone with any additional information is asked to call investigators at (202) 610-8737, or email USPP_tipline@nps.gov. 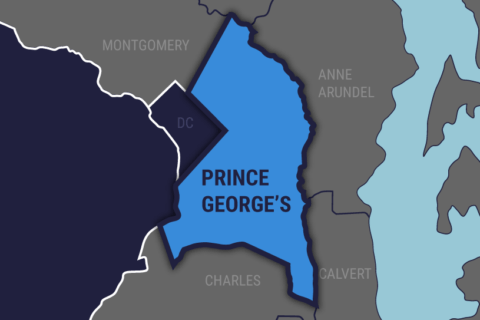