5 charged in MS-13-linked slaying of Va. teen who was stabbed 100 times, burned

Five people, including two teens, have been arrested in the slaying of a Virginia teen who was stabbed 100 times before his body was dumped in a remote area of Stafford County, Virginia, and set on fire last weekend.
Listen now to WTOP News WTOP.com | Alexa | Google Home | WTOP App | 103.5 FM

Five people, including two teens, have been arrested in the slaying of a Virginia teen who was stabbed 100 times before his body was dumped in a remote area of Stafford County, Virginia, and set on fire last weekend.

Prince George’s County police said the killing was carried out by members of a clique affiliated with the MS-13 gang.

Police said they believe 16-year-old Jacson Pineda-Chicas, of Falls Church, Virginia, was stabbed to death during a group attack inside the home of a suspected MS-13 gang leader in Landover Hills, Maryland.

The suspected gang leader is 29-year-old Jose Ordonez-Zometa, according to police. He was arrested in Prince George’s County.

The four other suspects were arrested in Virginia. They are: Jonathan Castillo-Rivera, 20, of Annandale, Virginia; 18-year-old Kevin Rodriguez-Flores; 16-year-old Christian Martinez-Ramirez, of Falls Church; and 25-year-old Jose Hernandez-Garcia.

All of the suspects have been charged with first-degree murder.

Investigators said the victim, Pineda-Chicas, was also a member of the gang who traveled with other members to their leader’s Landover Hills home on March 8 for a meeting.

“Our victim in this case was part of this gang,” said Maj. Brian Reilly, commander of the Prince George’s County Police Department’s criminal investigation division, during a news conference Friday.

Police are still investigating what caused the other members to turn on Pineda-Chicas, Reilly said.

When asked by a reporter to comment on the particularly violent nature of the attack, Reilly said, “To hear someone was stabbed 100 times, per the medical examiner, pretty much speaks for itself — how violent of an attack it would have been.”

The killing was initially investigated by the Stafford County Sheriff’s Office, but Prince George’s County police took over the homicide investigation Thursday.

Police said the MS-13 clique involved in the killing operates out of Fairfax County, Virginia, but their leader lived in Prince George’s County.

Body found in Stafford County was teenager killed in Maryland 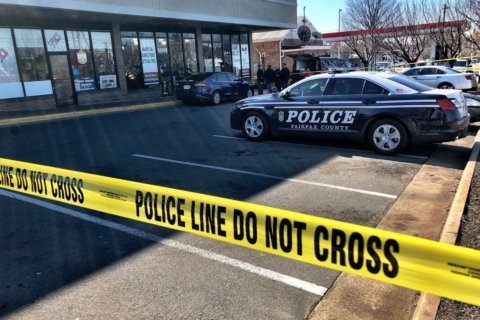