‘This hurts so much’: Federal workers speak out about shutdown hardships

A dozen unionized federal employees and union leaders, brought together by Sen. Chris Van Hollen, D-Md., said the hardship is growing from the shutdown, and some spoke of cash-flow problems in the absence of a paycheck.
Listen now to WTOP News WTOP.com | Alexa | Google Home | WTOP App | 103.5 FM

UPPER MARLBORO, Md. — Federal workers caught up in the partial government shutdown — now in its third week — said that without a regular paycheck, they’re having to make some very tough choices.

A dozen unionized federal employees and union leaders, assembled by Sen. Chris Van Hollen, D-Md., said the hardship is growing from the shutdown. Some spoke of cash-flow problems in the absence of a paycheck.

“I got to figure out which over-the-counter medication I need to go get. Do I go get the allergy medication? If my daughter has a cold, do I get her cold medication? Of course, she’s going to win because she’s a child,” said Tyra McClelland, a member of the American Federation of Government Employees who works in the federal court system.

“As an essential employee, I have to figure out how to get to work. I don’t have the money to do that either; there’s no paycheck coming in to get gas … this hurts so much,” she said.

One federal employee said her spouse, who works in the private sector, has helped keep the family afloat. But another, whose spouse is also employed by the federal government, said the shutdown has been doubly challenging.

All of the federal workers said the shutdown is having an harsh impact on their well-being.

“A lot of my members are single parents — a lot,” said Ottis Johnson, a union treasurer, representing members who provide security at the National Gallery of Art. “They live paycheck to paycheck, and this furlough is definitely hurting our members.”

“About 90 percent of the employees there are veterans,” Johnson added.

“The majority of our employees are home on furlough … our employees work paycheck to paycheck,” said LaVerne Byrd, a first-vice president of the American Federation of Government Employees.

Byrd, who works at the Census Bureau, added, “The president doesn’t understand that we are human beings, we are people.”

“We need to work to make sure we get the government reopened as soon as possible, right away,” Van Hollen said. 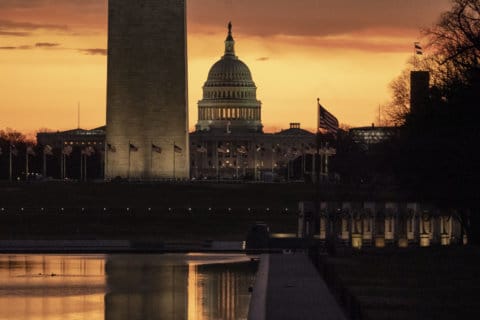 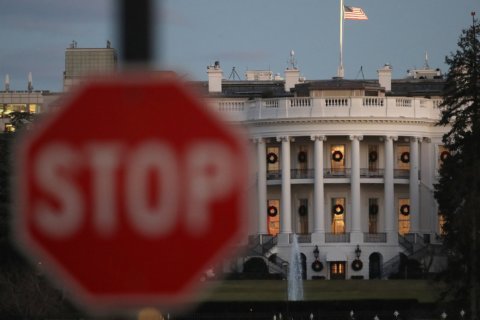 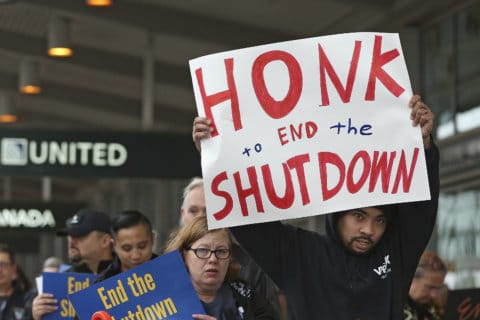