If Florence were to close in on the D.C. region, history shows that it would pose several threats. See photos of hurricanes past.
Listen now to WTOP News WTOP.com | Alexa | Google Home | WTOP App | 103.5 FM
(1/5) 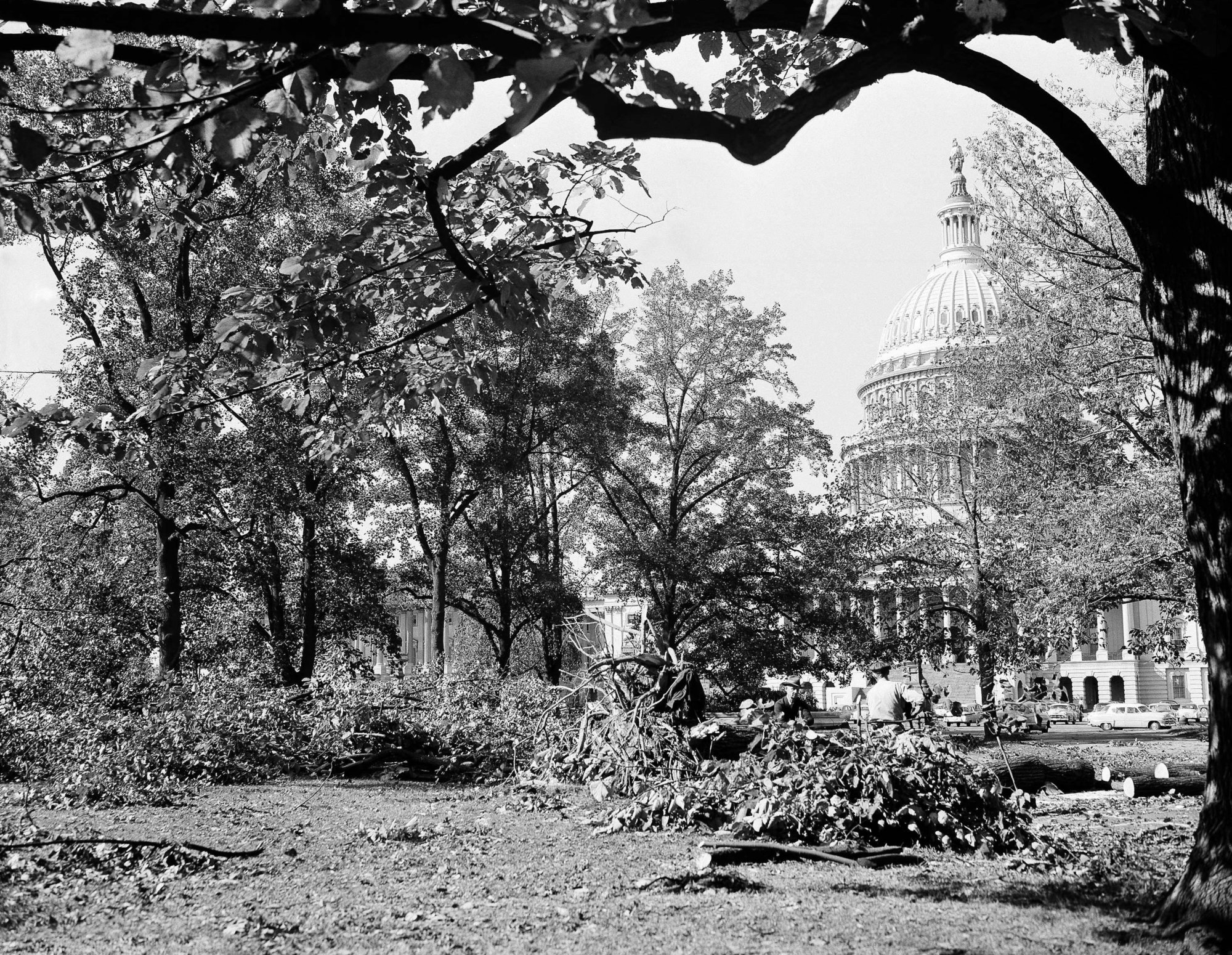 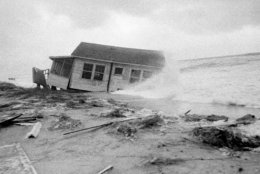 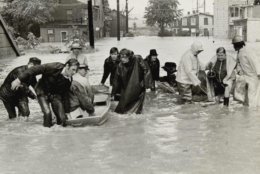 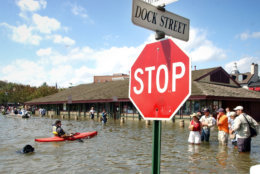 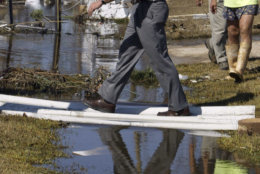 WASHINGTON — As winds and questions swirl around Hurricane Florence and its future, the intense cyclone appears to be on a collision course with the Carolina coast. It’s far too early to know what local impacts might be felt from the storm, but if Florence were to close in on the D.C. region, history shows that it would pose several threats.

Hurricanes and tropical storms that wander inland after making landfall pose a multitude of unique threats, but perhaps no force is more dangerous than flooding. Despite weakening once displaced from their warm water engine, inland tropical systems are free to disgorge their rainfall over vast swaths of land. As the weather systems uncoil, their rain bands sprawl out and can even be enhanced by nearby fronts.

The wind field around a weakening storm can be strong enough to shunt water from the ocean into bays and inlets, such as the Chesapeake Bay. The combination of this storm surge along with tidal forces and freshwater rainfall flooding can create disastrous consequences.

Such was the case during one of the worst tropical cyclones to ever strike the D.C. region. The storm charged directly through Hampton Roads during middle of August in 1933. It slowed as it tracked along the western shore of the Chesapeake Bay, funneling a wall of wind-driven water into the Potomac River.

“That was nearly a worst case scenario and it would be very bad news if it were to happen in this day and age, with as much population growth as we’ve had,” said meteorologist Chris Strong with the National Weather Service in Sterling, Virginia.

The storm came to be known as the Chesapeake-Potomac Hurricane since it formed before storms received names from the federal government.

A hurricane tide pushed water levels over ten feet above normal low tide at the waterfront locations in Old Town Alexandria and Washington Harbor. The storm surge even advanced into the confined Anacostia River, causing overwash in the shallow channel around Kingman Island.

“It was just a catastrophic hurricane from the tidal surge, from the wind damage and also from the rain — it was just a very bad all-around hurricane,” Strong said.

Although storm surge and freshwater flooding are the most obvious threats from inland hurricanes, a tempest two decades later proved that storm force winds can wreak havoc far from from the open ocean.

Hurricane Hazel roared into the region late in the 1954 hurricane season and caused widespread wind damage to inland locations, including the D.C. suburbs.

“Hazel was a very fast-moving storm and when hurricanes are moving fast, it amplifies the wind on the right side of the storm, and that’s exactly what happened for the Washington metro area,” Strong said.

Hazel was responsible for Washington’s fastest wind speed of all-time. A gust of 98 miles per hour was recorded at National Airport. The record remains unchallenged more half a century later.

Unlike most wayward tropical systems, Hazel produced very little rainfall. Only 1.73 inches was recorded at the airport during the storm. By contrast, four days have seen more rainfall just this year alone.

Strong said the tropics tormented the region during the 1950s. Less than one year after Hazel, a double-whammy walloped Washington.

“Connie and Diane were impressive because they were back-to-back in 1955 and the two of them together produced quite a bit of flooding around the area from two torrential rainstorms,” Strong said.

The pair of August storms lumbered over the Mid-Atlantic, soaking the region twice over with more than a foot of rain measured by the end of the month at many locations in Virginia and Maryland.

Few could have imagined that a far worse flood disaster was on the distant horizon.

“Agnes in 1972 was one of the great, epic flooding tropical cyclones that we’ve had in the Mid-Atlantic and the Northeast,” Strong said.

The flooding from Tropical Storm Agnes was historic and is still remembered by most long-time denizens of the D.C. area. The early season storm dropped more than foot of rain in a short period of time, sending local streams and rivers spilling out of their banks. Homes were inundated, bridges were washed out and hundreds of roads were rendered impassable for days on end.

“For most of the time that it was producing the tragic flooding, with a lot of lives lost … [it] was as a tropical storm, just a tremendous rain-maker as it meandered around the area,” Strong said.

Thirty years after Agnes’s assault, another hurricane set its sights on the Mid-Atlantic. Hurricane Isabel put disaster preparedness to the test and proved that a single storm can deliver on all tropical threats.

“Passing just a little bit west of the D.C. area, [Isabel] brought a lot of wind, a lot of wind damage from tropical storm force wind gusts and also … one of the great tidal surges of record up the Chesapeake Bay and Potomac,” Strong said.

Hundreds of homes on Maryland’s Eastern Shore were overtaken by surge flooding. The hurricane surge in Annapolis and Baltimore rivaled the water levels recorded during the Chesapeake-Potomac Hurricane 70 years prior.

Isabel also produced at least two tornadoes, one in Virginia and another in Maryland.

A more prolific tornado-maker would bear down on the region a year later during the 2004 hurricane season when the remnants of Hurricane Ivan spawned over three dozen twisters in Maryland and Virginia. It was the commonwealth’s largest tornado outbreak ever. 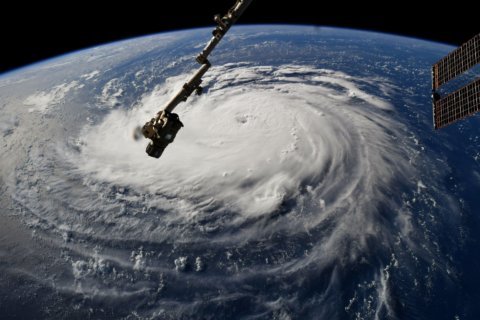