The proliferation of smartphones and social media has provided more avenues for online predators to target children. WTOP examines the problem in the series, “Preventing Online Predators.” Read part one.

WASHINGTON — It may be the last thing any parent wants to learn about their child.

“Something had told me to … check my daughter’s phone,” said Frank Smith, a Northern Virginia father, who spoke to WTOP this summer. (That’s not his real name. WTOP agreed to change his family’s name to protect the identity of their daughter.)

“I saw these text messages that alluded to this older guy liking my daughter, and references to pictures … ‘Can I kiss you?’ and things of that nature,” he said. “I was enraged.”

And, it turns out, the messages Frank saw that night only hinted at the years of manipulative sexting between his daughter — who was just 11 when the relationship first started — and an older teen boy who attended the same dance studio. It was an inappropriate online relationship that eventually culminated in an inappropriate sexual one.

By the time Frank stumbled across those disturbing messages on his daughter’s smartphone, the teen preying on his daughter had become an instructor at the dance studio — and was using his position there to target even younger girls, police said.

When the 19-year-old was arrested last year and charged with several sex offenses, police seized all of his electronic devices. “There were so many other pictures of kids they couldn’t identify,” Ann Smith said police told her.

As authorities piece together digital evidence trails left by predators, it can prompt wrenching conversations between parents and their children. As part of the series “Preventing Online Predators,” WTOP spoke with the Smith family to share their harrowing experiences in hopes that they can help other families protect their children.

‘These kids are not growing up the way we grew up’

The Smiths thought they were being vigilant.

“We still checked in on her texts,” Ann said. “But there’s a backchannel — you know, there are so many different ways that this guy was able to communicate with her that we were not as savvy on.”

Frank added, “These kids are not growing up the way we grew up.”

Though authorities urge parents to stay engaged in their children’s digital lives, that can be difficult in practice.

“It’s a delicate dance,” Frank conceded. “It’s a delicate balance between saying, ‘I’m going to check your phone,’ and, ‘You don’t trust me.’ And, at some point, you’re going to have to take that stance as a parent. You may not capture anything, but at the same time, at least that’s one mechanism for the child to say, ‘Look, I better be careful what I’m saying or what I’m doing.’”

Lt. Jane Burns, who supervises Fairfax County Police Department’s child exploitation and human trafficking unit, said there’s no such thing as being too nosy when it comes to the electronic devices your children use.

“Make that the norm for you to go through their phones,” she said.

“So, it’s not just one day, all of a sudden, you catch them doing something and now you don’t trust them. But if you start that from the beginning where you’re looking through their phone and it’s not unusual for you to look through their phone, that’s a good start,” Burns said.

Police suggested keeping track of all the passwords needed to get into phones, computers and social media accounts.

When it comes to social media, Burns said parents should make a firm rule about not communicating with strangers and require accounts to be set to private, which means your child can only receive messages from their friends.

When it comes to devices, especially smartphones, there are lots of ways for a child to go behind a parent’s back if they are not extremely diligent.

“There’s apps you can get that may look like a calculator or are disguised as anything, and they’re photo vaults or other means to communicate,” Burns said.

Both Apple and Android smartphones have introduced enhanced parental controls in recent years with programs, such as Apple’s Family Sharing and Google’s Family Link program. Both programs allow parents to control even the standard apps that come with every smartphone, and also give them the option to approve any new apps their kids download. Parents can also use those apps to set up restrictions on screen time.

A detective who works in the Fairfax County unit, who frequently goes undercover online to track predators, has his own advice for parents.

“A lot of these problems are happening when the parents are asleep,” he said, recommending parents keep smartphones locked up or in their rooms during the nighttime hours.

“There’s just nothing good that can come in the middle of the night on a cellphone,” the detective said. (Read more about how detectives go undercover to track predators).

‘We just need the truth’

It’s a process that usually starts with uncomfortable, even embarrassing conversations between police and the child victim. Police will also speak in great detail with the child’s parents. And it requires exactly the kind of sensitivity that online predators don’t afford children.

“Our goal is to make sure they’re OK, and that’s what we tell every kid,” said the detective. Given the sensitive nature of his undercover work, WTOP agreed not to identify him. “We’re not sitting here trying to judge them; we’re not going to think they’re terrible people. We just need the truth.”

Last month, Prince George’s County State’s Attorney Angela Alsobrooks acknowledged the difficulty of getting victims to speak up after the sentencing of a former substitute teacher and youth basketball coach who used his proximity to children to sexually abuse dozens of young boys.

“It’s not unusual for victims to feel uncomfortable, to feel ashamed, to feel humiliated,” said Alsobrooks last month shortly after 35-year-old Christopher Speights was sentenced to 35 years in prison. “To come forward and say that, ‘I’ve been victimized, that I have been injured,’ is not easy to do.”

It can consume a person’s life and devastate families.

‘We don’t know how long she’ll carry this’

The police would end up telling the Smiths that their daughter’s case was a textbook example of predatory manipulation.

But, at first, she blamed herself for the abuse.

It took meetings with the Fairfax County Victim’s Advocate Office at the start of the legal process to open their daughter’s eyes about the extent of the manipulation, the Smiths said.

There have been struggles.

“This impacts every area of your life,” Frank said. “From the child, to the child’s homework and self-esteem, and to the parents and the household and the extended family.”

The Smiths credited the social services that were made available, professional counseling and their own religious faith in helping guide them through the ordeal.

“At the end of the day, we don’t know … when things will be totally right, or if they will ever be right,” Frank said. “We pray and we hope that, at some point, this will all be behind my daughter and she will go on to live the life the good Lord intended her to have … We don’t know how long she’ll carry this. Some of these things have lasting consequences.” 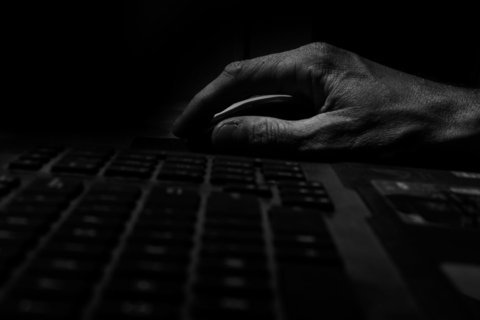 Preventing Online Predators: Behind the screen with undercover detectives who track attackers 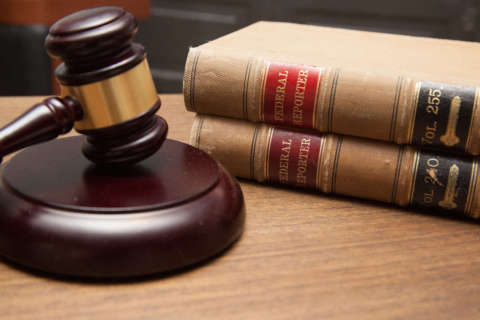