Summer gets ahead of itself, as a heat wave brews in the D.C. area a few days before spring officially says so long.
Listen now to WTOP News WTOP.com | Alexa | Google Home | WTOP App | 103.5 FM
(1/5) 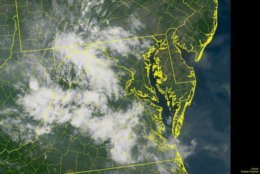 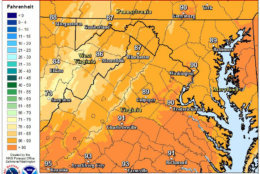 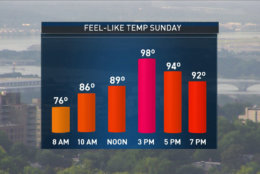 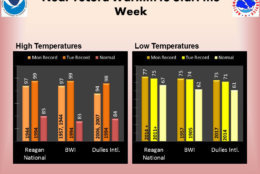 WASHINGTON — It’s going to be hot on Sunday. And it might be even worse on Monday and Tuesday.

Increasing humidity & an increase in temperatures will make for a very hot afternoon on this #FathersDay. Temperatures will top out in the mid 90s with the heat index close to 100 degrees! Make sure to stay hydrated today with plenty of time out of the sun pic.twitter.com/E9ifCR7hxP

Even though the summer season doesn’t start until June 20, the D.C. area will be coping with a heat wave starting on Sunday.

Storm Team4 meteorologists were tracking a possible heat wave — a stretch of three consecutive days with temperatures above 90 degrees — but Sunday’s high was one degree shy of 90 degrees. So, it’s not officially a heat wave. But that does’t mean it didn’t feel like 100 degrees with the humidity.

Going to be a little warm if you are grilling tonight …perhaps for #fathersday? Hot and sticky with the heat index during the afternoon around 100 degrees! Watch for a few isolated storms & passing showers. pic.twitter.com/5x61UwrQ63

The National Weather Service said temperatures overnight would dip down into the high 60s and low 70s, before jumping back up to the 90s on Monday.

The rise of the mercury accompanies the threat of an isolated thunderstorm Sunday, Storm Team4 meteorologist Somara Theodore said. The National Weather Service also said showers and thunderstorms shouldn’t be ruled out for Sunday’s forecast, especially in central Virginia.

Cloud cover will vary from sunny to overcast depending on your location early this afternoon. Mostly dry underneath the clouds, with only a few isolated showers thru early afternoon. A shower or thunderstorm can’t be ruled out late today into this evening. pic.twitter.com/5MBXTVT0tw

The National Weather Service has issued a Code Orange air quality alert for Sunday. This means that air pollution concentrations within the region may become unhealthy for sensitive groups, such as children, people with asthma and other heat and lung diseases, and the elderly.

Records could be broken on Monday and Tuesday, with temperatures in the 90s. And, the humidity will make it feel even warmer, the National Weather Service said. It will feel as if it’s in the triple digits.

Tuesday record highs are 99 degrees for Reagan National and BWI Marshall set in 1994; and 98 degrees for Dulles in 1994.

Before the heat set in, the D.C. area enjoyed pleasant weather. Storm Team4 meteorologist Matt Ritter said that the system that brought on those pleasant temperatures may actually be to blame for the heat wave.

“The beautiful weather for the past several days was courtesy of a strong Canadian high pressure system pumping in very dry air,” Ritter said. “But as the center of the high-pressure system moves offshore over the weekend, it will morph into a ‘Bermuda High’ and will pump in higher temperatures and transport moisture from the Gulf of Mexico, making it very humid.”

And if you’re heading out to the beach, get the latest beach traffic and weather information from WTOP. 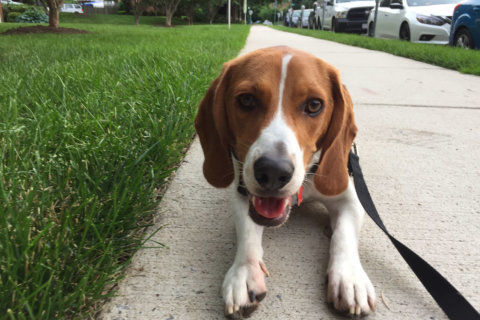 Watch out for home generator safety issues this summer 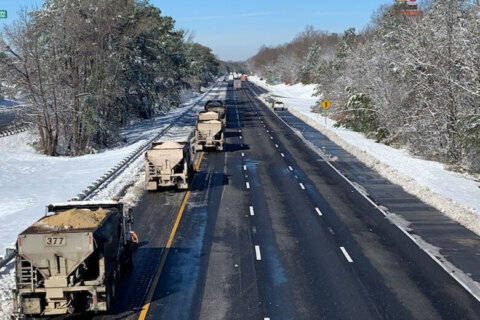