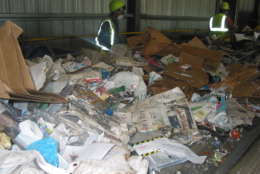 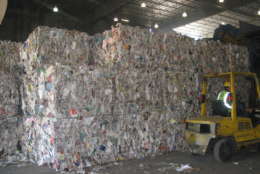 WASHINGTON — Recycling is second nature in some households and completely foreign in others, but it’s a practice gaining traction in the D.C. area.

In Prince William County, Virginia, recycling rates increased over 5 percent in a year (up to 36.8 percent in 2016), while the latest numbers from Maryland show that in 2015, Prince George’s County diverted 64.59 percent of its waste.

Efforts progressed significantly about four years ago, Ortiz said, when the city improved facilities, increased outreach and began to see the impact of progressive laws and policies.

Styrofoam is banned from restaurants and stores, and all apartments, condos and businesses in Prince George’s County are required to provide recycling.

She noted that communities that don’t have landfills for garbage have to either ship waste to landfills or incinerators, which can cost a lot of money.

“If it’s not for the environment, then think about the money that you’re saving as a taxpayer in helping your jurisdictions do a better job of managing waste,” Campbell said.

In Maryland, Montgomery County reports a recycling rate of 61 percent.

Find the statistics for all Maryland counties here.

Recycling numbers for all of Virginia in 2016 should be compiled soon, according to a spokesman for the Virginia Department of Environmental Quality. But data from 2015 show the Richmond area achieved the highest recycling rates at 62.7 percent.

The recycling rate for all of Northern Virginia is 47.4 percent. 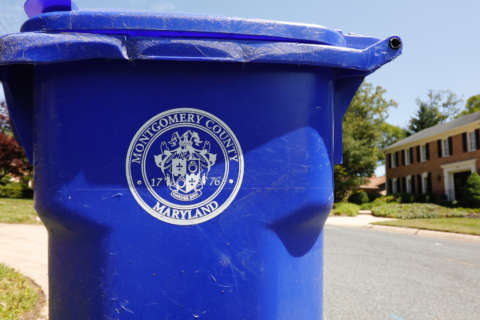