ROCKVILLE, Md. — After residents in parts of Bethesda and Silver Spring, Maryland, complained about recycling and yard waste sitting at the curb for weeks, Montgomery County has made a change.

Potomac Disposal had staffing problems that led to late pickups or no pickups at all, Broglie said.

Under the new contract arrangement with the county, he said, Potomac Disposal will handle recycling only.

“By taking the other waste materials off of Potomac’s shoulders, the expectation is that Potomac would be able to handle the recycling workload,” Broglie said.

Currently, Potomac Disposal has two contracts with the county: one for Silver Spring and parts of Wheaton, and one for Bethesda. “Those two contracts represent $5 million in total,” Broglie said.

That amount will decrease, but the county won’t break even on the deal. Broglie explained that Goode has entered the picture on an expedited basis. “Any time you go through an emergency procurement, which is what the Goode contract is,” Broglie said, “you’re going to pay a premium for that.”

Broglie was unable to say exactly how much more the new contract will cost.

Montgomery County, he said, is going through a “re-competition process” for all five of its service areas.

“We would expect to be able to announce those awards probably in July,” he said. “Service for those contracts probably wouldn’t start until spring of 2018.” 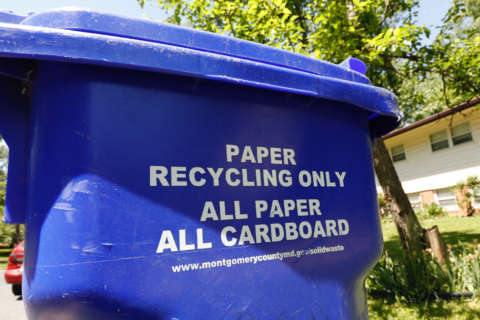