A decade ago, the gang MS-13 was weakened to the point it was considered a lower priority for law enforcement in the D.C. area, but a series of high-profile killings, and a passel of local arrests, have brought renewed attention. From law enforcement and other expert sources, here's a primer on where MS-13 came from, and how it came back.
Listen now to WTOP News WTOP.com | Alexa | Google Home | WTOP App | 103.5 FM

WASHINGTON — A decade ago, the gang MS-13 was weakened to the point it was considered a lower priority for law enforcement in the D.C. metro region.

But a series of factors has given new strength to the gang, and it has drawn renewed attention after a series of high-profile killings.

“We have seen a resurgence of MS-13 in the past four or five years,” said an FBI agent who spoke with WTOP on the condition of anonymity. A Fairfax County gang task force leader who has tracked MS-13 for more than 15 years says the gang is “much more violent” than ever.

Three murders associated with the gang have been committed in Virginia this year; two more were committed in Montgomery County, Maryland, last year. A total of 30 suspects believed to be connected with the gang have been arrested in these killings, including 10 juveniles, some of whom are being charged as adults. (Not all the victims were connected with MS-13.)

And 29 members of MS-13 were arrested recently in a nationwide gang crackdown, including 11 at a house in Falls Church in April.

The gang deals largely in drug-running, extortion (in the form of protection rackets) and sex trafficking, a number of sources in and out of law enforcement said.

They have developed a “more advanced and regulated structure than many other gangs in the United States,” the FBI agent told WTOP.

“The vast majority of their crimes are gang-on-gang,” inspired by the need to control territory and the crime-related revenue that comes from such control, Jay Lanham, a retired assistant chief of the Prince William County police and executive director of the Northern Virginia Gang Task Force, said.

The FBI agent who spoke to WTOP agreed.

“Any transgressions against the organization, real and/or perceived, become punishable by death.”

For a long time, the individual cells, called clicas (pronounced CLEE-cas), collaborated loosely and mostly independently. But a paper sponsored in part by American University’s Center for Latin American and Latino Studies shows there has been more international communication with gang leaders in El Salvador giving orders and demanding financial support from clicas in the United States.

MS-13 has become a symbol for Latin-American violence. President Donald Trump has cited the gang as indicative of a broken immigration system that lets criminals roam easily across American borders.

“We’re getting kids from other countries who have killed people down there, who have committed murders, who are coming here and recruiting. And they’re coming here with that one goal — the gangs are sending them here,” Fairfax County Police Detective Ken Compher said at a recent roundtable on gang violence in Northern Virginia.

But, it wasn’t always that way.

MS-13 is a Latin American group that got its start in the Los Angeles area in the 1980s. It began among a group of refugees from the civil war in El Salvador who were looking to protect themselves against other gangs, particularly one known as 18th Street or Barrio 18. In the 1990s, the end of the civil war led to the deportation of many Salvadorans, particularly convicts, which in turn led to the transplantation of MS-13 into El Salvador.

For years afterward, the gang spread across the U.S. — including the D.C. area — as Salvadorans settled. U.S. Census Bureau numbers from 2015 indicate that El Salvador is the most common country of origin for foreign-born residents of the D.C. area, at 15 percent — the next most common was India, at only 7 percent. Guatemala and Honduras, two other countries cited as having MS-13 presences, are also in the top 15.

“Where you see immigrant populations, you will likely see the gang,” said Asiano Davila, the FBI’s program manager for the Transnational Gang Task Force, who oversees gang operations and investigations in El Salvador, Guatemala and Honduras. “Immigrant communities already know the threat the gang represents for them and their family here in the U.S. and back home. Also, gang members move to areas where they have a support system — family, friends or other gang members.”

The clicas in the U.S. still help each other, particularly in terms of providing members refuge from the law.

“They can conduct a violent act in, for example, the Northern Virginia area,” Davila said, “and they will then leave the area because of law enforcement scrutiny and head to another area that has MS-13 presence. And that MS-13 will give safe haven to that gang member.”

Because MS-13 is considered a “transnational criminal organization,” Davila said the FBI has to be transnational as well. “The FBI has offices all over the country and other countries as well. So we’re trying to connect all the investigators that work and combat MS-13 [so they can] be comfortable with reaching out to one another.”

According to InSight Crime, a foundation that studies organized crime in the Americas, in the early and mid-2000s a series of cases, including in Maryland, dealt a serious blow to the gang. About 20 gang members were sent to prison in cases before the federal court in Greenbelt, Maryland, under the Racketeer Influenced and Corrupt Organizations law. The law is aimed at gangs and crime syndicates, particularly their leaders.

By 2007, the Washington Office on Latin America wrote in a report, which was cited by the FBI, that “relative to other public security threats in the area, Central American gangs are not a high priority concern for area law enforcement.”

But in the past few years, MS-13 has been growing, and the violence has been rising again, including in the D.C. area, for a few reasons.

“A couple of years ago, the gangs started recruiting heavily in the schools to up their numbers,” Lanham said. Juveniles now make up a majority of the MS-13 members he sees.

That makes the reinvigorated gang “much more violent,” Lanham said. “They’re trying to make a name for themselves.”

Last month, MS-13 member Vanesa Alvarado, 20, was sentenced to serve 40 years in prison for her part in the murder of Cristian Villagran-Morales, 18, in June of last year. She lured him to Malcolm King Park in Gaithersburg with the promise of sex. Four other gang members stabbed him more than 150 times. Villagran-Morales, prosecutors said, had thrown an 18th Street sign while buying marijuana from some MS-13 members. He wasn’t a member of 18th Street or any gang.

Lanham added that one reason for the influx of young people is the surge in unaccompanied minors heading from Central America and Mexico into the U.S.

“The vast majority of these kids are good kids who are just trying to do the right thing and be kids,” Lanham said. But “some of [them] have been sent here from Latin America, who have already been involved in gangs.”

The anonymous FBI agent said that “they embrace the principle that gang membership is for life. So the criminal organization replaces the family concept.”

Lanham agreed. Even if a young person comes to the States with no intention of joining a gang, a gang such as MS-13 will take advantage of the fact that they’re in homes with people they don’t really know, and don’t have a strong family structure around them.

A matter of money

A 2009 report by the task force said that there were about 3,000 MS-13 members in Northern Virginia. Now, Lanham estimates there are “over 5,000 easy.” But he doesn’t know the exact number for sure and that leads to the other reason for MS-13’s resurgence in the area: a lack of money for gang prevention.

Law enforcement officials describe the ideal anti-gang method as a three-pronged approach: education, intervention/prevention and enforcement. But that costs money. Lanham and Capt. Paul Cleveland of Fairfax County police’s anti-gang unit have said Congress has fallen down on the job.

The Northern Virginia Gang Task Force used to have a budget of $3 million a year. Now, it runs on $325,000. The difference? Lanham said the elimination of earmarks by Congress in 2012 decimated the task force’s budget. Where the money came from the federal government, particularly through the efforts of then-Rep. Frank Wolf, R-Virginia, it now comes from individual departments who chip in what they can.

At the Northern Virginia roundtable last month, Cleveland also cited the loss of earmark money, adding, “It really is just a budgeting thing, in my mind.”

Gangs including MS-13 are starting to recruit kids in middle school, Cleveland said, and so jailing people isn’t enough. Of the three-pronged approach, Cleveland said, “It’s all got to be funded the same. If one of these pieces breaks down and it’s not funded it hurts the other two.”

“Kids … would come in and I would have a place to send them, and say ‘ … here’s an at-risk kid. Can you get him involved in something?’ And sure enough — soccer, or whatever it may be. But he’s not at the gang.  …

“Can some of those kids be saved? Sure. But it all has to work through … efforts in the community. And that has to be funded. We can do a great job of going out and arresting people, but these at-risk kids — where are we gonna put them if the programs aren’t funded? There’s a lot of great work that’s being done here, but unfortunately it’s on a duct-tape-and-Band-Aids budget right now.

“That’s the reality of what we’re dealing with.” 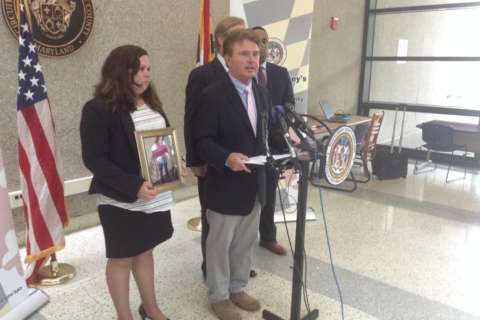 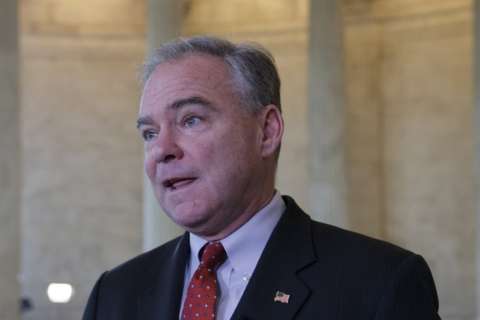