Area officials are warning that the storm continues to pose a threat and that even once the snow stopped, residents should stay home.
Listen now to WTOP News WTOP.com | Alexa | Google Home | WTOP App | 103.5 FM

WASHINGTON — It could take several days before area residents will be able to get back behind the wheel.

Maryland Gov. Larry Hogan warns that it could be the middle of next week before neighborhood streets could be dug out from underneath all that snow. Virginia and D.C. officials are offering similar warnings.

The state highway administration has more than 3,000 pieces of equipment working to keep interstates and major roads passable for emergency crews. He thanked residents for staying home and off the roads, which is making it easier for road crews to plow, Hogan told WTOP.

He said their efforts will “continue for days.”

“We’re only about halfway through this storm. We’re expecting another foot of snow, high winds of up to 65 mph, in some cases white out conditions,” he warned Saturday afternoon.

Hogan warned that widespread power outages are still possible later in the day.

In the meantime, the storm caused a roof to collapse on a Montgomery County apartment building. About 800 people need to be relocated, Hogan said.

And the powerful storm has brought coastal flooding to Ocean City, he said.

So far the state police have responded to about 600 different calls, mostly wreck. But no serious injuries have been reported.

One person has died so far in the D.C. region due to the weather. A Fort Washington man died of a heart attack while shoveling snow at his home Saturday morning, the Prince George’s County Fire Department said.

And 32 National Guard units have been deployed across the state, Hogan said.

The more than 330 guard members are helping police and EMS crews navigate the deep snow.

Maryland along with Virginia and D.C. have all declared states of emergency, which means the National Guard can be called in, federal resources can be tapped and generally allows state officials to take extraordinary measures to respond to emergencies and keep residents safe.

“We are working primary roads right now and then beginning next week, we will get into the secondary roads,” Virginia Gov. Terry McAuliffe said in a midday conference call. “By Monday afternoon, we are hoping to do a primary pass on the secondary roads, but they still will be snow covered.”

But the governor has been grateful that the commonwealth’s residents have stayed off the roads throughout this storm.

“We have a big display and I just was looking at it before I came in here. Our roads are empty and I want to thank everybody,” McAuliffe says.

As of 11:30 a.m., there had been 1,104 crashes across the state since Friday and 1,222 disabled vehicles. Five Virginia State Police troopers were also injured during the storm.

Governor McAuliffe also wants residents to know that when the weather improves, it does not mean the roads have been cleared.

“Tomorrow, there is a chance in most of the Commonwealth of Virginia there will be no flurries at all and the sun could possibly come out,” warned McAuliffe. “We are begging folks, please do not go out on the roads tomorrow. I know if you see the sun, you are going to want to get out. Please don’t.”

And it’s not a cheap venture.

Almost 500 National Guard troops have been activated to help with removing downed tree or other debris, provide transportation and distribute water and food.

Meanwhile, District officials are urging residents to stay off the roads so emergency crews can respond to people in need.

As of 10:30 a.m., more than a foot of snow was on the ground in the District and more is expected throughout the day Saturday and into early Sunday morning.

“We need to public to listen,” Mayor Muriel Bowser said. “Stay home and stay off the streets. That includes people who are attempting to drive and people who are walking. Our plows and emergency vehicles cannot do their jobs with people on the streets.”

In Northwest D.C., pedestrians were walking in the middle of the street even though nearby sidewalks had been cleared putting themselves at risk of being hit by sliding or fishtailing vehicles.

Bowser says there were about 300 calls to 911 Friday night. Emergency crews were able to respond to all of those calls despite the treacherous conditions.

As of midmorning on Saturday, there were no significant power outages in the District. Bowser says she’s hopeful things will stay that way.

D.C. is using ATVs and Humvees to help reach residents who might need emergency assistance. But even those specially-equipped vehicles can become trapped in the snow. Police Chief Cathy Lanier said that if needed, her officers will walk to reach a caller.

“We are still in that time period where very bad things can happen,” says Chris Geldart, the District’s director of Homeland Security and Emergency Management. “Once we get past this phase and once the show stops and the winds calm, then we will get into the response phase. That’s when we will be looking at how we clean the city up, how we do our damage assessment, and how we do what we need to do to get to our recovery phase and get the snow out of the District.”

Geldart stressed that this will be a several-day event and that residents need to be patient waiting for plows and crews to clear off the streets.

The District’s National Guard has sent about 172 troops to help D.C. police navigate through the snow drifts. 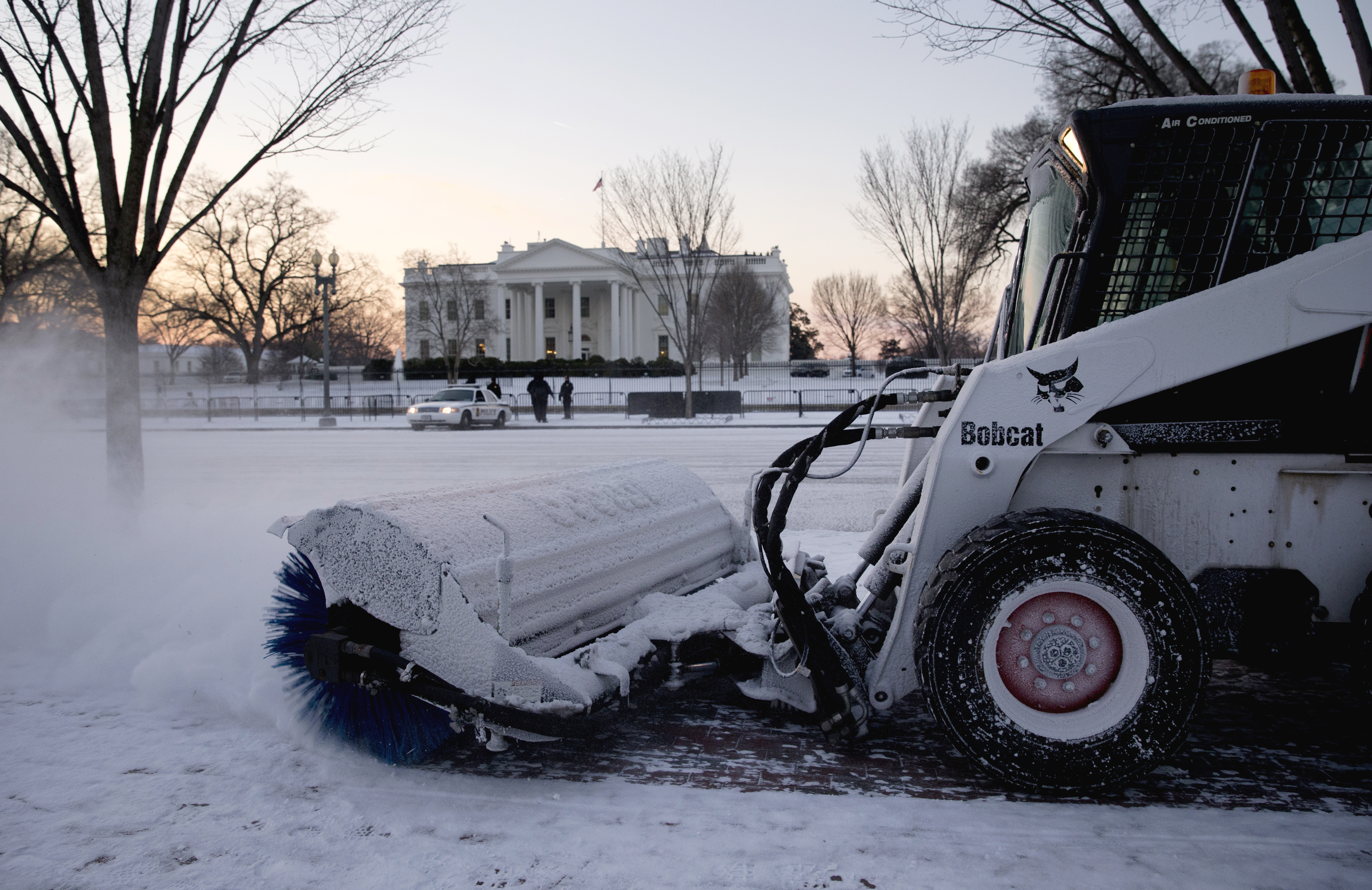