As student tuition and debt escalates, so do college presidents’ salaries and perks

In Maryland and Virginia, the top wage-earner among public university presidents is the leader of the University of Maryland Baltimore, Dr. Jay Perman.  According to data gathered by the Baltimore Sun, Perman earned a base salary of roughly $814,600 in 2014.

Virginia’s highest-paid public university president is George Mason University President Dr. Angel Cabrera, who according to research by Watchdog.org made $531,400.

The smallest salary in Virginia went to University of Virginia’s College at Wise Chancellor Donna Henry, who earned $230,000.  In Maryland, Coppin State’s Dr. Mortimer Neufville had the smallest base salary of roughly $290,300.

Every college president earned more than Virginia Governor Terry McAulliffe and his counterpart in Maryland, Gov. Larry Hogan, who each make $175,000 and $150,000 respectively.

Meanwhile, average tuition for a 4-year college has gone up 46 percent in the last decade, while in 2012 alone, students took out $120 billion in loans to go to school, according to a recent study by the Federal Reserve Bank of NY.

But the base salaries only cover just part of the compensation packages for these university leaders.

Watchdog.org noted that all university presidents get free housing covering all home expenses, including taxes being covered by the school.  They also either get a car or a $1,000 monthly allowance for a car.

VCU President Michael Rao will get $200,000 a year in deferred money, on top of his nearly half-a-million-dollar salary.

After he’s done leading his school, Christopher Newport University President Paul Tribble will make whatever his base salary is, which currently is at least $360,000, to teach just three classes a year as a tenured professor.

Should something go wrong, a college president like Radford University’s Penelope Kyle will get the equivalent of her base salary for three years should she be let go for something that is not her fault.  Right now, that would mean she would be earning about $300,000 a year if that were to happen.

Sick leave is also another big perk of presidents.  Virginia Tech’s Timothy Sands can take up to 26 weeks of sick leave a year.  That’s half a year of potential time off, on top of his $500,000 salary. 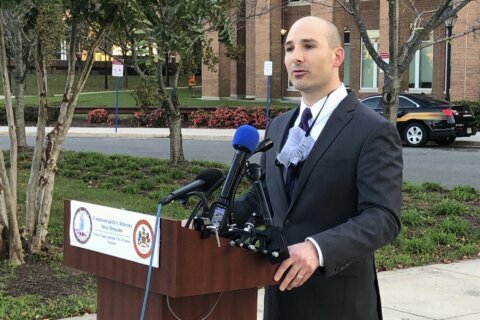