Former Washington Spirit head coach Kris Ward is ineligible to work in the National Women’s Soccer League, after an investigation confirmed reports of abusive behavior toward a player during the 2022 season.

The league released the findings of a third-party attorney investigation into his firing, which occurred in mid-August, following a report of an altercation between Ward and an unknown player during a training session.

According to the investigation, the findings “substituted” concerns of “verbal abuse and emotional misconduct,” which led team officials to fire Ward.

“Ward was found to have engaged in overly aggressive behavior and harassment through negative racial stereotyping towards a player in violation of league policy,” the league said in a news release.

The NWSL said in a statement that Ward will not be allowed to work in the league “in any capacity unless or until approved by the commissioner.”

He will need to participate in mandatory training revolving around “discrimination, harassment, bullying and racial bias” prior to reinstatement.

“The NWSL continues to strongly encourage anyone with information concerning discrimination, harassment, abuse, retaliation or bullying to immediately report their concerns to the league,” the release said.

Days after his firing, Ward told The Athletic that he raised his voice toward a player after telling her to get off the field, calling his actions inappropriate. He added, “If I had to do it again, I would do it differently.”

He has not publicly commented on the incident since the NWSL began its investigation.

Ward took over the Spirit in September 2021 after the removal of former manager Richie Burke for violating the league’s anti-harassment policy. As interim coach, Ward led the Spirit to a nine-game unbeaten streak, ending with the franchise winning its first NWSL Championship. He was hired as its full-time manager a month later.

Following a strong run in the Challenge Cup in 2022, Washington struggled, dropping to 11th place in the standings with an outside chance to make it into the postseason prior to Ward’s firing. Washington brought in Albertin Montoya as its interim coach for the last six games, finishing the regular season with a 3-9-10 record.

Ward is the second head coach in Spirit history to receive a coaching suspension from the NWSL. Burke, along with four other head coaches, received a permanent ban from the league in response to a joint investigation with the players’ union into alleged abuse and misconduct. 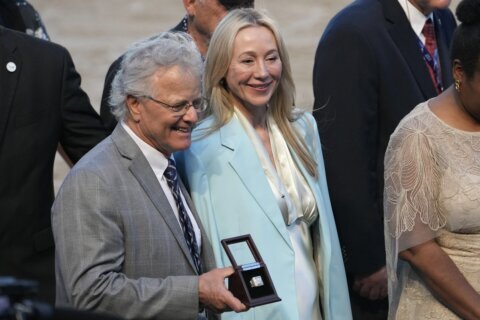