There are many barriers when it comes to escaping domestic violence. One is where to go. But a local organization is helping to bridge that gap.
download audio
A safe place to stay, grow for survivors of domestic violence (WTOP's Rachel Nania)

WASHINGTON — With a small kitchen on one end, a bed on the other, and a dining table positioned by the window, the ground-level studio at Cornerstone Residence looks like any other city efficiency.

But to the resident who lives in the roughly 400-square-foot apartment, it is so much more.

This apartment, one of the 43 provided to survivors of domestic violence at DASH’s center for emergency and transitional housing, symbolizes safety.

In the U.S., an average of 20 people are physically abused by their partners every minute — this number works out to about 10 million abuse victims annually, as reported by the National Council Against Domestic Violence.

In 2015, DASH served more than 300 domestic violence survivors and their children. In 2017, that number was closer to 680. And already in 2018, DASH has answered 575 requests for help with housing assistance, safety planning and financial assistance.

“These are folks who are your neighbors, the person checking you out in the grocery line, the person who is your librarian.”

Flor Alfaro has worked at DASH for two years, and in that time, she has helped survivors seek refuge from sex trafficking, even child marriage.

With the help of a Spanish-speaking interpreter, Alfaro told WTOP, “It’s hard to hear all the trauma that the women have survived and gone through. It’s very hard.”

Alfaro’s role at DASH is that of an “advocate.” She works one-on-one with survivors to help them find employment, child care and educational opportunities. But perhaps most importantly, she helps them prepare for the future.

“As they leave here, (I want) to make sure that (survivors) are all educated so that they don’t find themselves in the cycle of another abusive relationship; that they understand this is not what a relationship is supposed to be like,” she said.

Most survivors hear about DASH through word-of-mouth and referrals. The organization holds a weekly housing resource clinic at the Westminster Presbyterian Church in Southwest D.C. There, those seeking information on services available are likely to run into Zaneta Greene.

Greene said approximately 15 people come to the weekly clinic for assistance. Some have already fled their homes and are in need of immediate housing. If nothing is available at DASH, she works with the survivor to pinpoint a safe place to stay.

For those who have yet to leave, the focus shifts to building a safety plan. This involves everything from gathering important documentation (a photo ID, birth certificate, passport, etc.), to running through buzzwords with their kids in case a situation arises where they need to get out immediately.

Domestic violence survivors who are able to find housing at DASH can stay up to two years. (Most shelters operate on a 30-day stay policy.) Residents in the Cornerstone program are given their own apartment key, and are welcome to enter and leave the secured building as they like, without curfew.

Those in DASH’s more transitional and permanent-supportive housing programs sign their own leases. The time and freedom that come with the safe space is important, Ngaaje said.

“We’ve really created a space in which it doesn’t feel like a shelter, it feels like home.”

Before DASH was established in 2006, Ngaaje said there were fewer than 50 available units in D.C. for survivors of domestic violence and sexual abuse. Now that number is closer to 150 and DASH accounts for well over half of those units.

“But we also know that those units aren’t sufficient and that we’re going to be called upon increasingly to be even more innovative in how we’re able to address the needs of survivors who are at that intersection of homeless and sexual abuse,” Ngaaje said.

On any given night, 882 unaccompanied women experience homelessness in the nation’s capital. And according to a report from the Women’s Task Force of the District of Columbia Interagency Council on Homelessness, nearly one-third of women reported violence was the cause of their homelessness or housing instability.

“If you leave, you don’t have anywhere to go, and where DASH steps in is we work hard to make sure that survivors don’t have to choose between staying or being homeless,” Ngaaje said.

In May 2018, the number of homeless people in the District was lower than the previous two years, and according to city officials, the drop is due to the city’s efforts in helping families fight homelessness.

At DASH, success is defined by each individual survivor’s goal, but Alfaro said most of the residents she has worked with have achieved that. One woman she still keeps in touch with was awarded a $40,000 scholarship and landed a government job.

“If there was anything in my powers or my hands to be able to help more, I would,” Alfaro said. 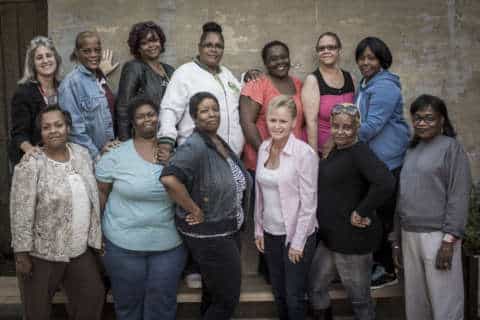 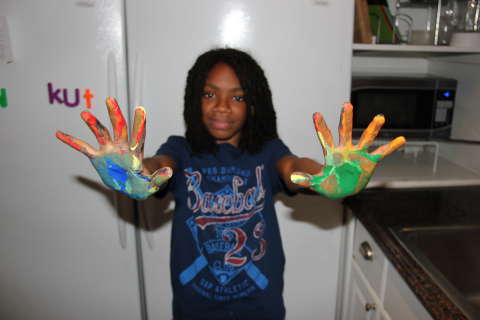 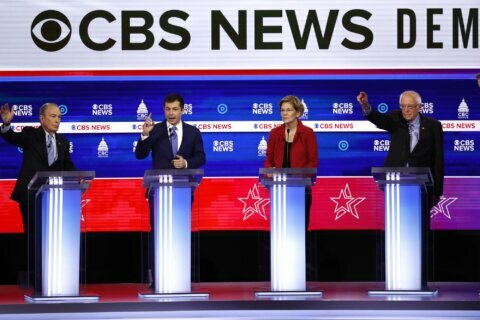 AP FACT CHECK: Dems implore fact checkers to back them up