Who knew a glass of Pinot — or two — could unleash your inner Picasso? Sip-and-paint shops are not fizzling out or becoming a fad. In fact, they just keep getting more popular. Here's why.
Listen now to WTOP News WTOP.com | Alexa | Google Home | WTOP App | 103.5 FM
(1/3) 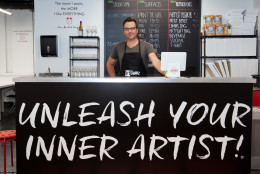 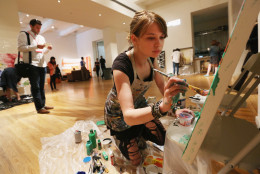 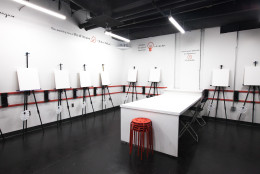 WASHINGTON — Aspiring artists have figured out the secret to becoming the next Picasso: a glass of Pinot — or two.

“Paint-and-sip” businesses burst onto the scene in 2007 when Cathy Deano and Renee Maloney opened Corks N Canvas (now Painting with a Twist) in New Orleans. Since then, the popularity of the concept — which mixes booze and brushes — hasn’t slowed. In fact, it just keeps growing.

In 2014, Painting with a Twist, now just one of several paint-and-sip franchises in the U.S., reported a 37 percent growth in sales. Pinot’s Palette, a similar company, has expanded to 100 franchise locations in 31 states since its 2009 launch, Forbes reports.

And D.C.-based ArtJamz is soaking up the success, too.

In 2012, Michael Clements opened ArtJamz in Dupont Circle after spending years painting in his apartment — often with a glass of wine — after long days in the office.

“It was really therapeutic for me,” Clements said.

Similar to a gym, ArtJamz provides customers with all of the equipment necessary, including paint, paint brushes, canvases and glitter. There’s no need to worry about making a mess, and Clements says if the creative juices aren’t flowing, a wall of books and a bartender are there to help ignite the spark.

In the past four years, Clements has expanded ArtJamz to two additional D.C.-area locations, including a studio in Brookland and a 1,000 square-foot space in Crystal City, Virginia. ArtJamz also hosts pop-up events at parks and museums throughout the District.

Clements says he’s not surprised that “paint-and-sips” haven’t fizzled out as a fad. He thinks they’re just what society needs to counteract its reliance on digital devices.

“If you look at just how much phones and iPads and everything have infiltrated our daily activities over the past five years, I feel like people now are going back to just using their hands more and getting crafty,” Clements said.

“The more digital we get, I think the more analog activities people will yearn for. Besides that, art is universal. It’s in us and it’s something all humans can do.”

ArtJamz’ business model differs from most others out there. Clements offers classes that focus on a specific technique, but you won’t find sessions where 30 participants carefully follow steps to reproduce a Renoir. They’re let loose to make their own masterpiece.

“I, personally, don’t want to have somebody tell me what to do — go step-by-step with art,” Clements said. “And for us, as staff, it’s so fascinating to see five people come in and create five different paintings that are unique to them.”

While that approach works for Clements, others are finding great profit with instructor-led painting parties that range from $25 to $50 a person, including Alabaje Francis, the owner of Uncork’d Art in Adams Morgan.

He opened his studio in 2011 after attending a party with his wife at another paint-and-sip establishment, and already has plans to open three more locations in the next year, including one in Ashburn, Virginia.

Francis says he wanted to build a business that brings people together in a stress-free environment. His mobile van travels to homes and businesses to reach those who prefer to stay put.

Merlot’s Art and Muse Paint Bar are other wine-fueled painting studios in the D.C. area — and Clements said, don’t be surprised if you see more pop up in the future. He doesn’t see this particular sector of the creative community crumbling any time soon.

“People have always painted and created, so I don’t see that going away,” he said.

Even if you don’t have an artistic bone in your body, he said you can still enjoy spending some time in front of a blank canvas.

“It’s not about creating the perfect painting, it’s really just about getting off your phone and putting your brain on the sofa and just relaxing and enjoying the process. And I think that there’s a lot of power in that. And I think people need that now.” 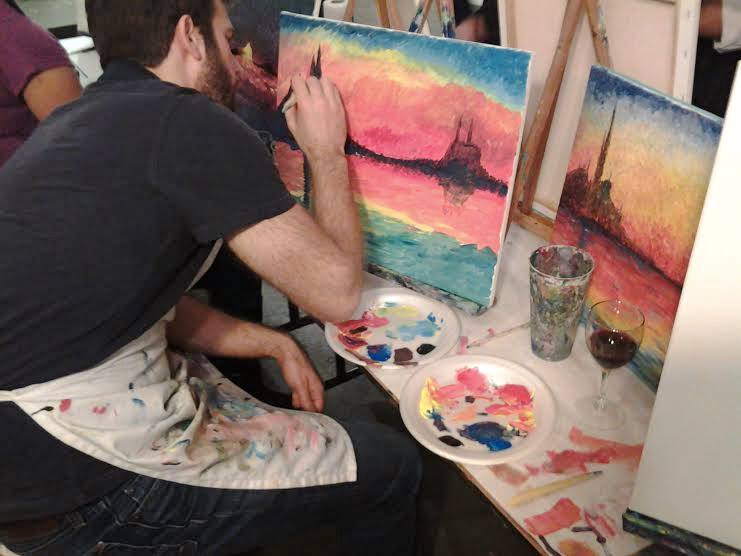 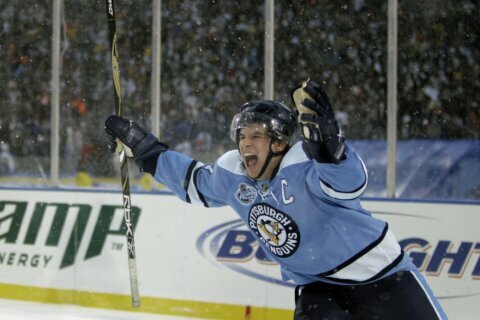 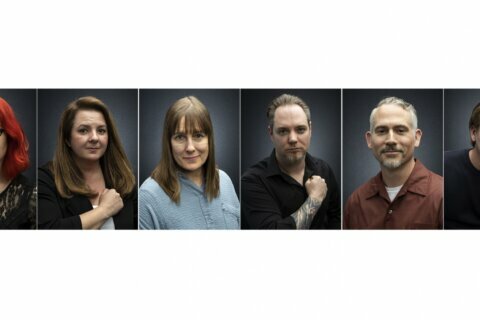 ‘It is brutal’: Hollywood’s rank-and-file on the pandemic