From the cherry blossoms to flowering parks, few things are more beautiful than springtime in Washington. But do you know who to thank for the season's scenery?
Listen now to WTOP News WTOP.com | Alexa | Google Home | WTOP App | 103.5 FM
(1/7) 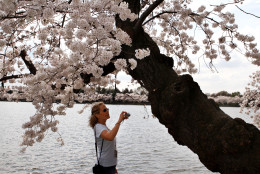 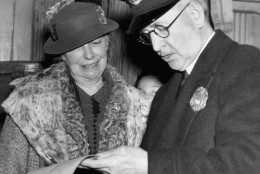 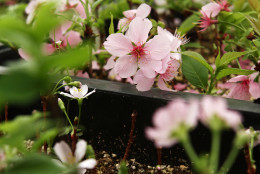 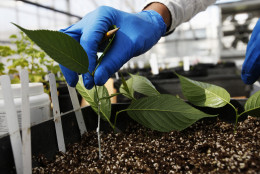 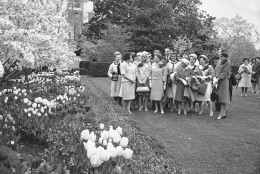 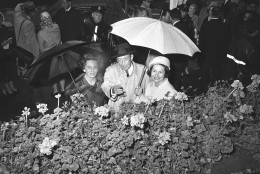 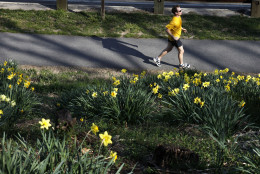 WASHINGTON — After a winter like the one that just passed, we all look forward to spring, and, finally, signs of the season are beginning to show. But what many don’t realize is that a handful of former first ladies are responsible for Washington’s springtime scenery — from the blossoming cherry trees along the Tidal Basin to the budding wildflowers in Rock Creek Park.

When Helen Taft came to the White House in 1909, her priority was to make Washington the cultural center of the United States. But shortly after her husband took office, the first lady suffered a stroke and had to spend a significant amount of time recovering and regaining her health.

When she did recover, Mrs. Taft turned her attention toward sprucing up the Tidal Basin, a focus that turned into one of the most significant beautification movements of the 20th century.

Susan Swain, co-CEO of C-SPAN and author of “First Ladies,” explains that at the time of the Taft administration, the Tidal Basin was a mess. The path was often muddy and was frequently used as a track for residents to race their cars. Mrs. Taft, however, envisioned a beautiful park along the Potomac — so she imported cherry trees.

Her first attempt to plant the trees failed. When the Japanese government heard this, they offered to send her some more, which she accepted.

“There was a political angle to this, as well,” says Swain, who recently moderated a yearlong series on the nation’s first ladies on C-SPAN. “The Japanese were concerned that President Taft was tilted too much toward China. So by offering the cherry trees as a gesture of friendship, they wanted to make sure that they got the first lady’s attention and the president’s attention that in fact, Japan was an important ally too.”

Again, Mrs. Taft had some difficulty with the trees, but when they finally began blossoming in 1912, they never stopped.

“If anyone walks around the Tidal Basin now, you can find some really gnarly old trees with a little plaque. These are the early ones that were really planted by Mrs. Taft 100-plus years ago,” Swain says. “Within 10 years, when they really took root and were flowering, the president walked around with his daughter and turned to his daughter and said, ‘These cherry trees that your mother planted, they’ve really taken blossom and they’ve changed Washington for the better.’”

The president’s observation couldn’t have been more on-point. The cherry blossoms have become an iconic symbol in the nation’s capital, marked by annual festivals and events and ushering in millions of tourists each year.

Nearly a half-century after Mrs. Taft’s success with the cherry trees, another first lady decided to further beautify Washington, and several other states as well. And similar to Mrs. Taft, it took this first lady some time to get started on her agenda.

When Lady Bird Johnson’s husband, Lyndon B. Johnson, took office, she immediately assumed the role of caregiver, attending to a grieving nation following Kennedy’s assassination. But when Johnson was elected in his own right, Swain says, she felt as if she could take on a hallmark project.

“She knew that she had a bully pulpit and wanted to use it,” Swain says. She turned her focus to flowers: “Her thinking was a nice environment — places where things grow and flowers grow and trees blossom — make all of us feel better.”

And while planting flowers may sound like an easy job, Swain says, it proved to be a politically difficult task. The first lady had to spend a lot of time lobbying on Capitol Hill and elbowing her way past the highway billboard lobby and others. But her political efforts were well worth it.

“Washington was transformed — the tulips, the daffodils. If you drive around Rock Creek Park or along the GW Parkway, every spring there’s a profusion of them, and that’s Lady Bird Johnson, so thanks to her,” Swain says, who adds that Mrs. Johnson also built parks and playgrounds in D.C. neighborhoods that were without.

So the next time you take your lunch outside the office to a nearby park bench, or Metro into the city to grab a glimpse of the trees in peak bloom, be sure to thank your former first ladies for the springtime scenery.