The reversal came after President Alejandro Giammattei threatened a veto because elements of the legislation were considered unconstitutional and in violation of international treaties that Guatemala has signed.

Lawmakers again voted by a wide margin, this time to indefinitely archive the “Protection of Life and Family” law, which had been passed on International Women’s Day, drawing howls of criticism.

Under the legislation, Guatemalan women convicted of terminating their pregnancies would have faced sentences up to 10 years rather than the current maximum of three. The measure would have imposed even heavier penalties for doctors and others who assist women in ending pregnancies.

Abortions are legal in Guatemala only when the life of a woman is at risk.

The legislation also explicitly prohibited same-sex marriage — which was already effectively illegal — and banned schools from teaching anything that could “deviate (a child’s) identity according to their birth gender.”

Some of Latin America’s largest countries — Mexico, Argentina, Colombia — have expanded abortion access in the past two years, but conservative religious trends continue to hold sway in parts of the region. 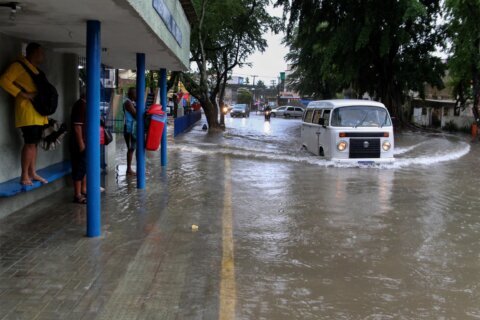