VALPARAÍSO, Mexico (AP) — When they heard gunfire in the valley, residents locked their doors and cowered inside their homes. Some 200 armed men had just looted a gas station, according to a witness, and the shooting would continue for hours as an equal number from an opposing group confronted them.

The authorities didn’t arrive until the next day. When they did, they found 18 bodies in San Juan Capistrano, a small community in Valparaíso, Zacatecas. The north-central Mexican state holds strategic importance for drugs being shipped to the United States. Mexico’s two strongest cartels — Sinaloa and Jalisco New Generation — are locked in a battle for control.

One month after the June 24 killings, there have been no arrests. The military has sent reinforcements, but killings continue across Zacatecas: a doctor here, a police officer there, a family hacked to pieces, eight killed at a party, two girls shot along with their parents.

In a country that has suffered more than a decade of violence at the hands of powerful drug cartels, the situation in Zacatecas, as well as violence-plagued states like Michoacán and Tamaulipas, shows that neither the head-on drug war launched by former President Felipe Calderón in 2006, nor the softer “hugs not bullets” approach of current President Andrés Manuel López Obrador have managed to break Mexico’s cycle of violence.

Zacatecas’ 746 murders in the first half of the year, compared to 1,065 for all of 2020, give it the highest murder rate per 100,000 residents in the country through June, according to the Mexican government.

“The day they (soldiers) leave, we know from experience that quickly the criminal groups are going to fight over territory,” said Eleuterio Ramos, Valparaíso’s worried mayor.

What makes Zacatecas worth fighting for is its location. It borders eight other states. Among other things, the cartels are battling to control the most lucrative drug: fentanyl. Zacatecas sits between the drug’s production and its consumers.

After the chemical precursors enter the Pacific ports, they are finished into fentanyl pills in labs in Nayarit, Jalisco and Sinaloa to the west of Zacatecas, said Oscar Santiago Quintos, head of the analysis and intelligence department of Mexico’s Attorney General’s Office. To the east sits San Luis Potosi, a logistics hub filled with shipping companies that can move the tiny pills north. Highways running north to key border cities pass through Zacatecas, providing a direct route for northbound drugs and southbound guns.

“The battle for Zacatecas is part of the larger war to dominate the fentanyl market, which is the largest source of money for the cartels in the United States,” said Mike Vigil, former head of international operations for the U.S. Drug Enforcement Administration. In 2020, some 93,000 people died of fentanyl overdoses in the U.S., a record high.

Nestled in the foothills of the Sierra Madre, Valparaíso sits on one of those critical highways.

For the past month, a shot up pick-up truck has rested here. It’s a reminder that residents remain in the line of fire even as the army and National Guard patrol the area.

The larger currents of the international drug trade engulfing these Zacatecan communities may not be clear to their residents, but the impact is inescapable.

When the shootouts rumble across the plains dotted with ranches, farmers often can’t go out to feed their livestock. Goods to stock store shelves and medical care frequently don’t arrive for fear of cartel roadblocks. Gunmen stop residents and demand their cell phones to look for information that could tie them to the other cartel. They sometimes beat people or tie them up regardless to instill fear.

If someone doesn’t stop, they open fire. Earlier this month, a doctor was killed in neighboring Jerez for not stopping. Two paramedics carrying a woman in an ambulance from neighboring Jalisco state to a hospital were killed a few days before passing through Valparaíso.

Last month, a priest was killed in crossfire on the highway. Residents said he had been helping them get electricity back after an armed group cut the power to some ranches.

“One town is controlled by Sinaloa, the next by Jalisco, the next Sinaloa again,” said a community leader, who like more than a dozen people interviewed requested anonymity to avoid repercussions. He said just sharing territory with one group makes residents complicit in the eyes of their enemies.

A rumor circulated that the cartels were forcing youth snatched from the communities to work for them.

“There was panic,” said a 21-year-old man, the oldest of five siblings. They stayed only because “there wasn’t any way to go, nor any place.”

Plenty of families left, some for other Mexican cities to wait for the situation to calm, others to the United States where some 1 ½ million Zacatecans — the same number as in Mexico — reside.

Others just stayed inside. “There were 15 days that we didn’t go out for anything,” said Claudina Betancourt, a nurse born in San Juan Capistrano. She continues working here, but recently moved her belongings to Fresnillo where her daughter and mother live in case she has to quickly leave one day for good.

There’s no cellular coverage and just two phone booths, isolation that adds to the uncertainty.

Days after the June 24 shootout, authorities found two more corpses, raising the death count to 20. Valparaíso’s mayor could not confirm or deny figures given by some residents that were double that. A detective who apparently was investigating the shootout and was pulled out of Valparaíso for his safety was later killed.

Similar violence is occurring in other states like Michoacán and Guerrero, where residents caught between competing gangs suffer extortion, abductions and killings.

For years, attention focused on violence along Mexico’s northern border in cities like Tijuana, Ciudad Juarez and Nuevo Laredo. Zacatecas had it then too as cartels battled for control, but it was overshadowed. Now Zacatecans, including in the state capital of the same name, have awoken on several occasions to corpses dangling from overpasses.

Murders occur daily in Fresnillo, a city that mixes the local offices of major mining companies with farmers working the bean fields. With 239 murders per 100,000 residents, Fresnillo has the highest perception of insecurity in Mexico: more than 96% of its population lives in fear, according to the National Institute of Statistics and Geography.

“There is anxiety and uncertainty not knowing where to find safety for your family,” said Ramos, Valparaíso’s mayor, who was just re-elected to a third term. He said he has not been directly threatened, but he has the same fear as everyone.

Mexico’s federal government defends its policy of targeting the root causes of violence — poverty, corruption, impunity — with social programs while deploying the National Guard and soldiers. There are more than 100,000 guardsmen deployed in the Mexico, plus the military, yet the violence continues apace.

Arturo Nahle, Zacatecas’ former attorney general and current state supreme court president, said those policies could be right, but will take years to bear fruit. “The strategies that the Mexican government has implemented over the last 15 years have not worked,” he said.

López Obrador’s party just won the governorship in Zacatecas, but it remains to be seen if coordination with federal authorities will improve.

“If we don’t manage to pacify Mexico, regardless of what has been done, we are not going to be able to historically prove our administration,” the president said earlier this month.

Last Wednesday, he announced a “special strategy” to address the cities with the most murders, among them Fresnillo: more military presence and more social development.

More troops would be welcome in Zacatecas, though the effectiveness of their patrols is debated.

“With the army the bad guys don’t move in,” said a 74-year-old farmer in San Juan Capistrano, who teared up talking about the situation in his community. “The government, if it pays attention, can put a stop to everything.”

But a resident from the same area had a different hope for peace: that one cartel wins soon. 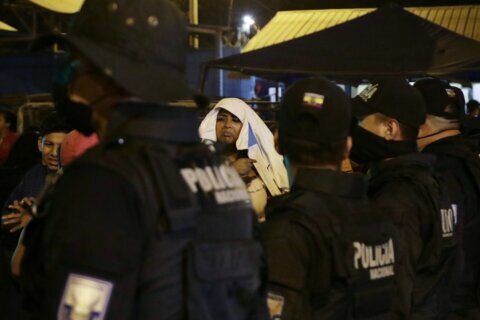 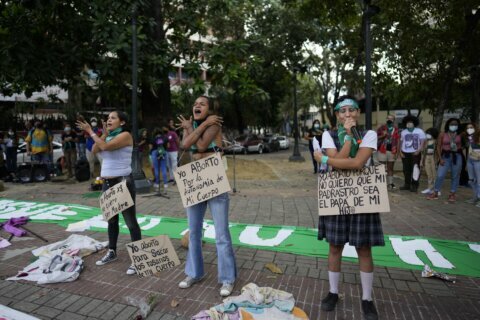 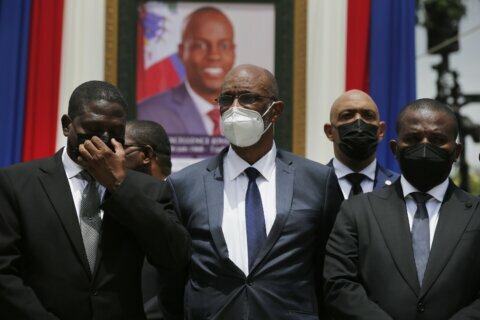