A U.S. official says there were two problems — a lack of interest in understanding Russian cyber threats and an inability to keep up with cyber threats.
Listen now to WTOP News WTOP.com | Alexa | Google Home | WTOP App | 103.5 FM

In January, the U.S. government confirmed that federal agencies had been targeted by a massive hack, widely known as SolarWinds.

The key question is how does that happen to an agency so critical to U.S. national security?

A DHS spokesperson told WTOP in a statement, “This widespread intrusion campaign has again shown that our strategic adversaries are sophisticated, persistent, and have increasing capabilities.”

A U.S. official, with deep knowledge of DHS internal security matters during the previous administration, said there were two problems — a lack of interest and understanding of certain strands of intelligence and an inability to keep up with threats.

Instability roiled the agency for years.

Unofficial and often implied mandates from top Trump administration officials to downplay anything negative related to Russia allegedly drove the lack of interest, according to the official.

As a result, “several key intelligence officials did not regularly take intelligence briefings on the issues relevant to Russian hacking,” the official said.

In addition to political pressure, the official said, “Concerns about career stability often impeded initiatives that might have deterred attacks by nation-state adversaries.”

According to the Cybersecurity and Infrastructure Security Agency (CISA), a key tool in detecting cyber threats is the Einstein system. It serves two key roles.

According to the CISA website, “First, Einstein detects and blocks cyberattacks from compromising federal agencies. Second, Einstein provides CISA with the situational awareness to use threat information detected in one agency to protect the rest of the government and to help the private sector protect itself.”

However, numerous officials have said publicly that Einstein — even though it is thought of as cutting edge — the technology is not effective.

The problem, according to the source, is that top nation-state hackers, such as Russia and China, never reuse those IP addresses — thus, they circumvent the system designed to detect them.

The DHS spokesperson said, “As we consider lessons learned, we have identified a number of steps we must take to modernize federal cybersecurity defenses and build back better. We have shared these lessons learned with the White House and other agencies, so that they can be fully integrated into cybersecurity modernization efforts.”

The Einstein system cost approximately $5.7 billion, but according to some national security sources, it was never intended to do what some expect it do, all by itself.

It is supposed to work with components deployed by other U.S. national security agencies.

However, there are concerns that some of those agencies may not want to expose what they know about certain cyber threats because then the actors behind them might disappear, eliminating their ability to be tracked. 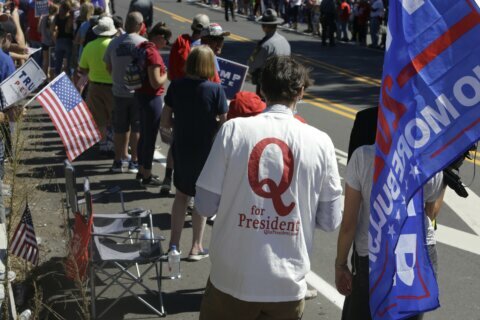 The Hunt: QAnon, ISIS more alike than you might think