When the Berlin Wall fell and communism in Europe and the Soviet Union collapsed, it seemed like the end of something. But 30 years later, the threat from Russia is still there — and China is learning some of the same lessons. WTOP National Security Correspondent J.J. Green talks to the experts.
Listen now to WTOP News WTOP.com | Alexa | Google Home | WTOP App | 103.5 FM

On Nov. 9, 1989, triggered by the destruction of the wall that divided East and West Germany, communism in Europe collapsed. Euphoria ensued.

The insidious juggernaut known as the Soviet Union, which posed one of the greatest threats to world peace, later crumbled into dust.

Political pressure, Western intelligence victories and paranoia among the Soviet leadership eventually toppled the communist regime, and the U.S. emerged as the world’s only remaining superpower.

But Russia merely reconstituted itself, and re-emerged less than a year later as the Russian Federation.

In 2020 and beyond, the U.S. may face more significant challenges from adversaries such as Russia and China. But the danger might not be obvious.

The threat to the Baltics

Goble’s precise and illuminating explanation of that threat left deep concern etched on the faces of many in the room, during the Joint Baltic American National Committee’s (JBANC) 13th annual conference.

Another factor that troubled the audience: The assertion by other speakers that decisions made by Western powers, including the U.S., have had the effect of assisting Russia’s efforts, and that the projected route of Russia runs right through Washington, D.C.

Though disturbing, that was not the first time many in attendance had heard it. The Baltics have been buzzing for decades — but more intensely since late 2016 — about Russia’s plot to return to global glory.

Eeva Eek Pajuste — director of the Lienart Meri Conference, a key global meeting that examines security in the Baltics and beyond — told WTOP that U.S. decisions in the Middle East, such as the U.S. pullout from Syria in late October 2019, have made a significant impact on the Baltics because of Russia’s involvement there.

“The foreign policy decision the U.S. made in Syria is having a direct impact on Estonian security policy. [Russian President Vladimir] Putin has been very active in Syria, and his leverage is now much higher — which means on the international level, his position is far better than it was before. This makes us, as an intimate neighbor, far more worried.”

They have good reason to be worried.

Last month’s NATO summit in London featured hostile and disparaging interactions and statements by member state leaders caught on camera during official news conferences, even at cocktail parties. They sent an unmistakable message: The leadership of NATO, the alliance that was built to defend against the intimidating power of the Soviet Union, was faltering as Russia continued its quest to regain lost glory.

Speaking at the JBANC conference, Eerik Kross, former chief of intelligence in Estonia, warned about it.

“It seems the Russians have gone against the strongest NATO members with subversion. And they are not without success,” said Kross.

The evidence, he said, is on display in the U.S.

Russians, Kross said, “have helped to create a domestic crisis of sorts in the U.S. and undermine the confidence in the U.S.; they have managed to lure in Turkey; they have helped along Brexit; and now it seems that they have told [French President Emmanuel] Macron that France can single-handedly save Europe by mending relations with the Kremlin.”

Karl Altau, director of JBANC, believes disinformation and malign influence by foreign actors, including Russia, is supremely dangerous. And he’s glad there is growing awareness of it in the U.S.

“The Baltic countries have felt like canaries in the coal mine for a long time, as they’ve battled Moscow-based historical narratives and falsifications of their history by their larger neighbor for the past century.”

Altau suggested that the hard-to-swallow discussion at the conference brought up an important point: “Estonia, Latvia, Lithuania and [people of Baltic descent in the U.S.] know that if they don’t explain their story and history, then truth is up for grabs, like a fumbled football.”

A part of the USSR’s power in its day was the expert ability to manipulate the truth. The same concern exists today on a much grander scale, because of the power of social media, the reach of the internet and the breathless nature of global news and information programs. The Kremlin can still manipulate them all to its advantage.

So convinced was the West of the death of the Soviet empire that even the incoming CIA chief at the time announced that a resounding victory had been achieved.

On Feb. 2, 1993, more than a year after the Soviet Union dissolved, Jim Woolsey sat in a congressional confirmation hearing and said, referring to the Soviet Union, “We have slain a large dragon.” He went on to say the major threat came from nonstate actors, which he likened to “a bewildering variety of poisonous snakes.”

In September 2019, Woolsey told WTOP he was wrong. “It looks like the dragon wasn’t slain after all,” he said. “It’s wounded and angry.”

But during Russia’s three-decade struggle to regain its former standing in the world, it’s clear China has become the large dragon — the predominant Western threat.

Pajuste said, “I do expect, because China has come to stay for the foreseeable future, we can’t speak about any problems without including the China aspect.”

China has declared that by 2025, it intends to be the world’s No. 1 economy. The problem, according to U.S. intelligence, is that China’s plan to dominate the world is being built on the back of espionage.

And that is not lost on Pajuste. “I think that it is really high time for Europeans to start to think about this issue very thoroughly, because even if the European Union has a strategy on paper on China, in reality there is no agreed-upon path forward.”

Many foreign policy experts and current and former intelligence officials remind us that China is a communist country that believes in and practices much of what the USSR, and now Russia, are known for — deception, manipulation and ruthless tactics to achieve their foreign policy goals.

As the U.S. retreats from global challenges such as climate change, the Syria situation and North Korean aggression, turning its attention to domestic problems, experts warn that passively tiptoeing around Russia and China to improve relations seems like a shortsighted funeral march to the end of U.S. global dominance. 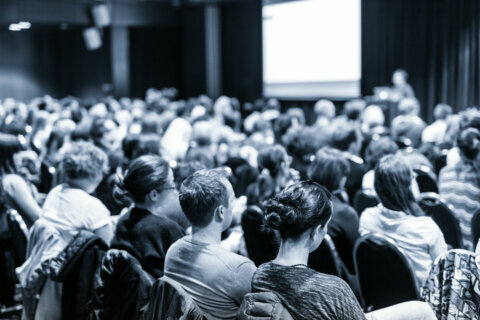 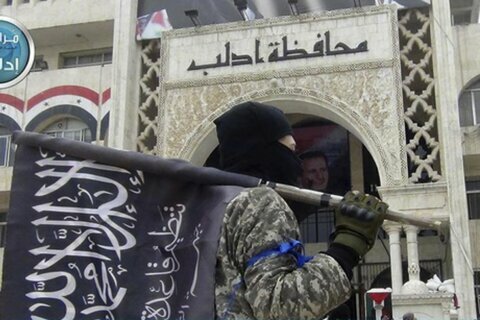