U.S. Attorney General William Barr released a letter Sunday that had been sent to members of Congress announcing there were two key conclusions from the 22 month-long special counsel’s probe led by former FBI Director Robert Mueller.

In typical fashion, Russian leadership endeavored to wax philosophical after news broke that the investigation was over. Kremlin spokesman Dmitry Peskov said, “I would like to quote the words of a Chinese philosopher who said, ‘It is very hard to find a black cat in a dark room, especially if it is not there.'”

Aside from the fact that Confucius is never believed to have said that, the calm, controlled nature of Peskov’s comment can’t hide what sources say is likely a tense time in Moscow.

The Russian leadership is worried about this development.

The key objective of its interference operation was to throw the country into social, political and cultural chaos, which it was successful with for two years. If the president had been found to have colluded with Russia, then there would have been a whole new level of consternation in the country.

But now that the president, according to the Mueller report, has been cleared of allegedly colluding with the Russian government, the country can move on and begin the process of coming together.

It also, more importantly for the Russian government, means more focus will likely be placed on Russian actions inside, and directed at the U.S., especially espionage.

The report also tells the U.S intelligence community that not only was its early assessment of Russian activity right on the mark, but the leg work done in the Mueller investigation exposes the sources and methods and the network through which this was all done.

It also tells the intelligence community that, as far as the country’s enemies go, they’ve got a full-blown blueprint for how to do exactly what the Kremlin did. My sources tell me American political leaders and intelligence and law enforcement officials should not operate under the illusion that this was a once-in-a-lifetime lightning strike. 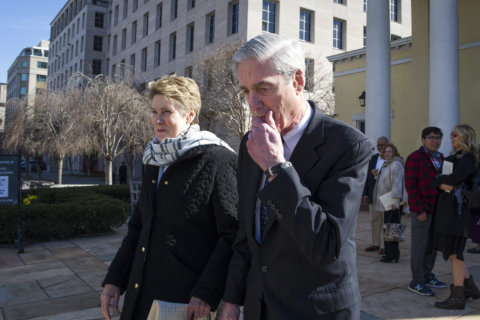