After a storied career in the Secret Service, Joseph P. Clancy retired in 2011 and entered the private sector. But something was missing from his life, and in 2013 he went on a very low-tech undercover mission. He was found out quickly, but it was a success anyway. He explains it to WTOP's J.J. Green.
Listen now to WTOP News WTOP.com | Alexa | Google Home | WTOP App | 103.5 FM
(1/3) 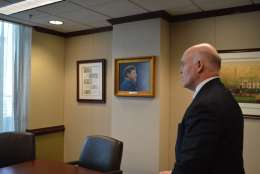 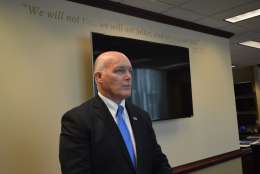 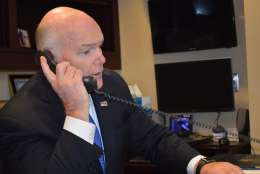 WASHINGTON — After a storied career as a Secret Service officer and executive, Joseph P. Clancy retired in 2011 and became director of corporate security for the Comcast telecommunications firm.

Feeling like it was time to go in 2011, he left the pressure, danger and enormous responsibility of the Secret Service behind.

But as Inauguration Day 2013 approached, he felt something was missing from his life. The rush of adrenaline, and his role in the well-oiled movement of the Secret Service during the inaugurations dating back to the 1980s, were gone.

“I’ll be honest with you, last inauguration (2013), I was out of the Secret Service, and I wanted to experience the inauguration from the other side of the fence,” said Clancy.

He was wondering how the average American citizen felt about the Secret Service handling of the inauguration. So he took action.

“I came down; I didn’t tell anyone I was coming. I threw on a baseball cap and I experienced it like any American citizen would view the inauguration.”

Instead of Joe Clancy, Secret Service agent, he was just an “average Joe,” so to speak.

“It was quite an experience to sit in the bleachers, and see the expression of joy that people had.”

It was his first opportunity to see how it all came together through a different lens.

That was incredibly important to him after 27 years in the Secret Service, of constantly being dialed into the difficult assignment of protecting the president, first family and others.

The previous inaugural, “in 2009, I was the deputy special agent in charge, so I was with President Obama,” Clancy said.

So he slipped into Obama’s second inaugural and left smiling.

“What I was most pleased about as well as proud of,” Clancy said, “was watching our people from the outside — watching the Secret Service agents working this event.”

He was impressed by the ease of movement he and other attendees experienced.

“People could flow, and I could flow, from one bleacher to another area of the parade, and you could walk around pretty freely,” Clancy said.

But his clandestine foray eventually came to an end. He was unable to escape his own celebrity within the Secret Service.

“A couple of agents recognized me,” Clancy chuckled. At that point, he knew his secret had been exposed. “The word started to filter out that I was there.”

With a broad smile on his face he said, “The agents checked me out to make sure I was safe and secure.”

He joked that the agents probably wondered whether he was “OK.”

“I think they were surprised and thinking that after so many inaugurations, why would you come back?”

Clancy said he couldn’t stay away, because the inauguration and the Secret Service are so symbolic of American democracy.

In fact, said Clancy, “all the men and women of the Secret Service realize that we are the guardians of democracy.”

Little did he know during his 2013 inauguration adventure that he would soon be back at the Secret Service — this time leading the agency, guiding it through one of the most challenging times in history with his civilian experience emblazoned in his memory.

The Hunt: Similarities in the terror attacks in Pensacola and Corpus Christi