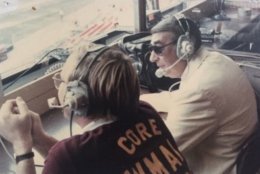 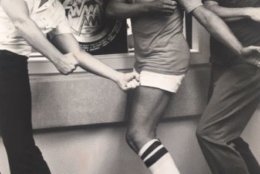 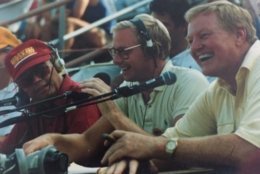 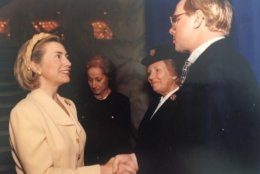 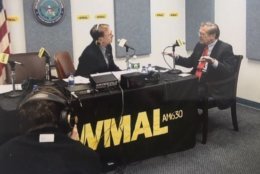 In more than five decades as a broadcaster, WTOP’s Chris Core has spent most of his life talking on the radio, but next Friday’s “Core Values” commentary will be his last: Core is retiring.

“I’d rather have people say, ‘Oh, I’m so sorry he’s leaving,’ than to say ‘Oh, my God, thank goodness he finally shut up,'” Core said, speaking from his new home in Florida.

After 11 years of daily commentaries on WTOP, preceded by 20 years as one half of the popular “Trumbull and Core Show,” on WMAL, together with Bill Trumbull, Core said the time has come to embrace retirement.

“I’ve been paid to be on the radio for 51 years,” said Core. “Nobody does that in our business.”

Now 71, Core began his time on the D.C. airwaves in 1974, when he was hired at WMAL as a weekend sports anchor. At the time, the AM station was far-and-away the ratings leader, revolving around its “Harden and Weaver” morning show.

Soon after being hired, Core added newscasting to his resume, and station executives noticed his on-air chemistry with Trumbull, who was already established in the radio market.

“In September of 1976 they said, ‘We’d kind of like you to sit in the studio with Bill and be his partner,’ and that was the beginning of what became the ‘Trumbull and Core Show,’ and we had a really good 20 year run.”

Core describes the show: “It was a different kind of radio back then, a two-man show. We played a little bit of music, but mostly it was just the two of us. My goal was to make Trumbull laugh, and his goal was to make me laugh, and together we got the audience laughing.”

After Trumbull’s retirement in 1996, Core was paired with Brooke Stevens until 1999. When she departed, Core continued on his own, as the station’s middle-of-the-road format morphed into talk radio.

WMAL’s talk programming became more conservative-leaning, and in March 2008, he was fired under the new management.

“I have to say that was not my favorite time to be on that radio station. I much more enjoyed the time with Bill, when we were not political, we were just having fun,” said Core.

A day or so after being fired, Core got a phone call from Jim Farley, then-program director of the round-the-clock news format WTOP. Farley invited Core to lunch, to discuss a possible future at WMAL’s rival.

“He said: ‘I’ve got this great idea. I’d like you to come on every day and do a commentary, talking about anything you want to talk about. And, I’ve got a great name for it. I want to call it ‘Core Values.'”

Core loved the idea, and the daily one-minute commentary began.

As Farley has attested, emails to management showed not everyone agreed with Core’s points of view.

Regardless, Core was glad to hear from the audience.

“I’ve got a thick skin. When I give my opinion, it’s just my opinion. I’ll get people who will say I’m an idiot, and everybody who has ever emailed me gets an email back. I’ll say, ‘You know, you make a good point, I understand, this is just my opinion.'”

Agreeing to disagree is a Core Value.

“Having some kind of civil tone in doing that is really important, particularly now that politics has gotten to be so divisive, and there seems to be so much anger on all sides,” said Core. “That’s not really good for anybody.”

Core and his wife recently moved to Florida, and although technology would make it possible to continue his commentaries, “I really can’t feel like I have my finger on the pulse of the D.C. area, the way I did when I was living there.”

After five decades behind the microphone, mostly in the nation’s capital, Core and his wife now live in a little beach town on the shores of the Gulf of Mexico. He’s writing for a local newspaper, is a docent at a museum and can be found out on his new boat several times a week.

And, for a change, his opinions will be shared with just the people around him: “I think it’s time.”