WASHINGTON (AP) — Ten Republicans — including Wyoming Rep. Liz Cheney, the No. 3 House GOP leader — voted to impeach President Donald Trump Wednesday over the deadly insurrection at the Capitol. The GOP votes were in sharp contrast to the unanimous support for Trump among House Republicans when he was impeached by Democrats in December 2019.

Cheney, whose decision to buck Trump sparked an immediate backlash within the GOP, was the only member of her party’s leadership to support impeachment, which was opposed by 197 Republicans.

“There has never been a greater betrayal by a president of the United States of his office and his oath to the Constitution,” said Cheney, whose father, Dick Cheney, served as vice president under George W. Bush. The younger Cheney has been more critical of Trump than other GOP leaders, but her announcement hours before Wednesday’s vote nonetheless shook Congress.

Trump “summoned” the mob that attacked the Capitol, “assembled the mob, and lit the flame of this attack,” Cheney said, adding, “Everything that followed was his doing.” Trump could have immediately intervened to stop his supporters from rioting but did not, she noted. The riot resulted in five deaths, including that of a Capitol police officer.

Rice’s vote may have been the most surprising. His coastal district strongly backed Trump in the election and he voted last week to object to certification of electoral votes in Arizona and Pennsylvania. “I have backed this president through thick and thin for four years. I’ve campaigned for him and voted for him twice. But this utter failure is inexcusable,” Rice said in a statement after the vote.

While he’s not sure if Trump’s Jan. 6 speech amounted to incitement of a riot, “any reasonable person could see the potential for violence,” Rice said. “It is only by the grace of God and the blood of the Capitol Police that the death toll was not much, much higher.”

Rice said he was disappointed that Trump has failed to show remorse over the riot or address the nation to ask for calm. After the impeachment vote, Trump released a video calling on his supporters to remain peaceful amid concerns about additional violence in the days before President-elect Joe Biden’s inauguration.

Katko, a former federal prosecutor who represents the Syracuse area, said allowing Trump “to incite this attack without consequence” would be “a direct threat to the future of our democracy.”

“By deliberately promoting baseless theories suggesting the election was somehow stolen, the president created a combustible environment of misinformation, disenfranchisement and division,” Katko said. Trump’s refusal to call off the riot put “countless lives in danger,” he said.

Upton, a former chairman of the powerful Energy and Commerce Committee who is in his 18th term representing the Kalamazoo area, said he would have preferred a bipartisan, formal censure rather than impeachment. But he said Trump’s refusal to take responsibility for the riot left him no choice.

Trump claimed Tuesday that his remarks at a rally just before the riot were “totally appropriate,” an assertion that Upton said “sends exactly the wrong signal to those of us who support the very core of our democratic principles and took a solemn oath to the Constitution.”

“The Congress must hold President Trump to account and send a clear message that our country cannot and will not tolerate any effort … to impede the peaceful transfer of power,” he said.

Kinzinger, an Air Force veteran who has emerged as a leading Trump critic, said he had no doubt that Trump “broke his oath of office and incited this insurrection.″ Trump “used his position in the executive” branch to attack the legislative branch, said Kinzinger, who is in his sixth term representing northern Illinois.

Herrera Beutler, in her sixth term representing southwestern Washington, said that while many lawmakers fear Trump, “truth sets us free from fear. My vote to impeach a sitting president is not a fear-based decision,” she said. “I am not choosing a side. I’m choosing truth.”

Newhouse said the Democratic-led articles of impeachment were flawed, but he would not use process as an excuse to vote no. “There is no excuse for President Trump’s actions,” said Newhouse, in his fifth term representing central Washington.

Meijer, a freshman who represents the Grand Rapids area, said Trump betrayed his oath of office and “bears responsibility for inciting the insurrection we suffered last week.” Like other Republicans, he said he supported impeachment with a heavy heart.

Trump’s fate is now up the Republican-controlled Senate, which acquitted him last year without hearing witnesses in a trial. This time, however, Senate Majority Leader Mitch McConnell is said to be angry at Trump, not only over the Capitol insurrection but also the twin defeats in Georgia the day before that cost the GOP its Senate majority, according to a Republican granted anonymity to discuss the situation.

McConnell said Wednesday he has not made a final decision on how he will vote n a Senate trial, which may not be concluded before Biden’s Jan. 20 inauguration.

At least two GOP senators — Alaska’s Lisa Murkowski and Pat Toomey of Pennsylvania — have said they support impeachment or have called on Trump to resign. Sen. Ben Sasse, R-Neb., has said he will consider impeachment. 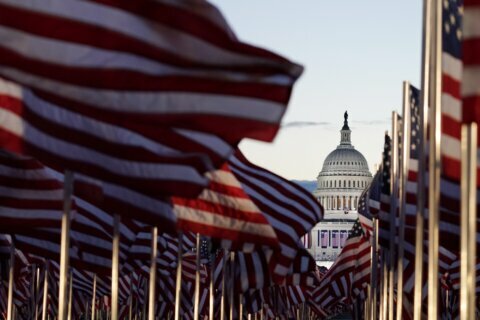 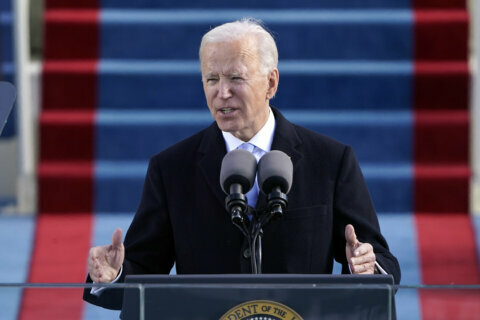 Inauguration 2021: Joe Biden takes oath in presidential transition like no other 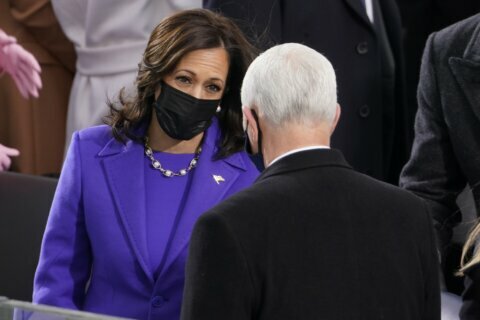