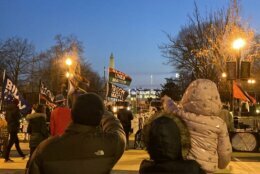 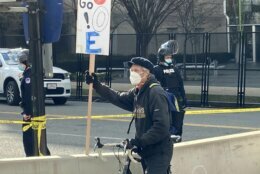 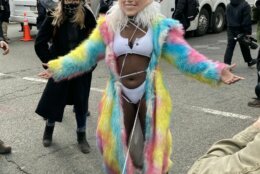 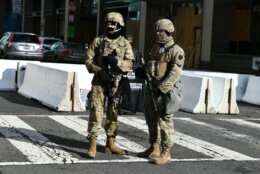 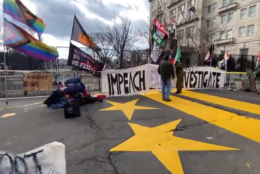 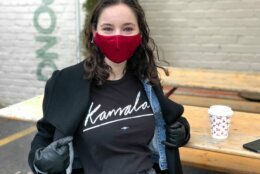 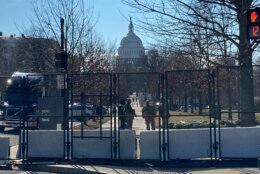 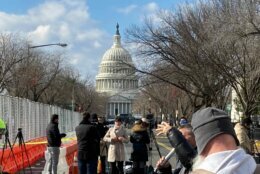 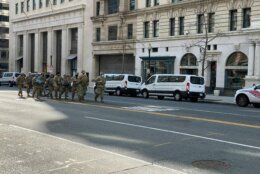 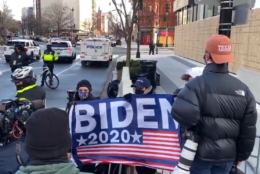 The combination of security threats and COVID-19 protocols on the day of President Joe Biden’s inauguration has led to a shockingly quiet scene in D.C., including where protests erupted over the summer and on Inauguration Day four years ago.

Local authorities and the incoming Biden administration urged people to stay home and not turn out to see the inauguration in person. The National Mall was closed, as were many of the bridges and tunnels heading into D.C. And that took a toll on the attendance.

By about 4:30 p.m. around Black Lives Matter Plaza, WTOP’s Alejandro Alvarez said, people were skateboarding through the area with Biden flags, shaking hands with each other and talking about “what this country has been through, especially in the last month, and going forward.”

He added, “Today will be remembered for being one of the quietest Inauguration Days in recent memory. … Essentially the polar opposite of how things turned out” during former President Donald Trump’s inauguration in 2017. Back then, he remembered running through downtown to see “hundreds, if not thousands, of people linking arms,” trying to keep people from getting through security checkpoints and into the Trump inauguration.

That said, at least one person wanted in the Jan. 6 riots was arrested on Wednesday trying to get back to the U.S. Capitol.

Samuel Camargo, of Florida, who was the subject of an arrest warrant issued Jan. 15 for his role at the Capitol on Jan. 6, was arrested a little before 9 a.m. driving into D.C., said WTOP National Security Correspondent J.J. Green. He didn’t have a weapon when he was arrested, Green said, but his family told authorities that there was “something not quite right about things he said” as he prepared to head into D.C.

The security is beginning to come down, but only very slowly, Green said. “The situation … has not died down yet,” he said, “it’s just not obvious or apparent … because of the high security profile.”

Communications he has seen say right-wing violence remains a concern, and that it could happen at “lower-profile targets,” where there would be less security.

Hours after the inauguration, and with Biden in the White House, there was still a “very unavoidable” security presence, Alvarez said. Pedestrians can’t get south of K Street without being checked, including making sure phones and cameras are actually working phones and cameras.

The taking down of roadblocks will begin at about 6 p.m., said John Falcicchio, chief of staff to Mayor Muriel Bowser. They’ll start working east to west, taking about 36 hours to take everything down.

A mob of reporters

By about 2:30 p.m., a pair of red-hatted Trump supporters were mobbed — by reporters, who have consistently constituted the biggest component of the crowds in D.C. on Wednesday.

Around 1 p.m., WTOP’s Ken Duffy said, about a dozen protesters had a brief yelling match with a group of Biden supporters, but that was about all, as Biden supporters began skateboarding down D Street, Northwest.

By around 2 p.m., what crowd there was had begun to disperse. A few red-hatted Trump supporters walked through a small crowd near the Capitol, Duffy said, without incident.

Here at New Jersey Ave & D St NW where a small group of Biden supporters celebrate the inauguration by weaving through the crush of media near the Capitol #InaugurationDay pic.twitter.com/w3wtSAsVYj

And by about 3:30, National Guard troops were starting to pack it in.

It was mostly media and law enforcement at Black Lives Matter Plaza, near the White House, just before 11 a.m., Alvarez said, with National Guard troops patrolling the freshly repainted street.

About a dozen people who described themselves as “guarding” the signage on the fences bordering Lafayette Square were mostly sitting and talking with media members, Alvarez added.

The small crowd erupted into cheers as they listened to Biden take the oath of office on small speakers that had been set up. There were more cheers at certain passages in the speech.

At about 11:30 a.m., someone near Union Station began shouting obscenities and was met with a large group of police. WTOP’s Brett Snyder said, “They’re just not tolerating that today.”

A scene near Union Station has quickly been taken care of as a man was yelling obscenities through a loud speaker and Capitol police stepped in. No leniency today. pic.twitter.com/igkJAShg2S

Scarcely three hours before Biden was to be sworn in, Alvarez caught a Metro train downtown and remarked that the system, which was jammed with partisans and protesters four years ago, was “essentially deserted,” owing to the security measures and the pandemic. He said he was one of three people on the platform at Friendship Heights at about 9 a.m.

More than 25,000 troops and police were called to duty. The National Mall was closed. Checkpoints were set up at intersections.

In the hours before the event, federal agents were monitoring “concerning online chatter,” which included an array of threats against elected officials and discussions about ways to infiltrate the inauguration, the official said.

And 12 National Guard members were removed from the security operation a day earlier after vetting by the FBI, including two who had made extremist statements in posts or texts about Wednesday’s event. Pentagon officials wouldn’t give details on the statements.

The FBI vetted all 25,000 members in an extraordinary security effort in part over the presence of some ex-military in the Capitol riot.

Two other U.S. officials told The Associated Press that all 12 were found to have ties with right-wing militia groups or to have posted extremist views online. The officials, a senior intelligence official and an Army official briefed on the matter, did not say which fringe groups the Guard members belonged to or what unit they served in. The officials told AP they had all been removed because of “security liabilities.”

Later, WTOP Capitol Hill Correspondent Mitchell Miller called the ceremony “incredibly normal” in contrast to the events of two weeks ago, which spilled onto the very stage Biden stood on. Miller said that normality was “a comfort to democracy.”

Hazel Rosenblum, of D.C., was sad she couldn’t get to the inauguration, but said she was enjoying the day watching her old boss get sworn in.

A former intern for then-Sen. Kamala Harris, Rosenblum wore her “Kamala” T-shirt for Inauguration Day, and said that working for Harris, who herself was once an intern on Capitol Hill, was “the best experience of my life.”

“I was just attracted to her personality and her energy,” Rosenblum said of the first woman vice president and first vice president of color, “and I think she’s really inspiring to many.”