WASHINGTON — With 36 days until Jan. 20, 2017, military planners charged with coordinating Inauguration Day activities say they are ready for almost a million visitors to the nation’s capital.

“There are estimates of what the crowd is going to look like this year — we’re saying somewhere around 800,000,” said D.C. National Guard Major Michael Odle, during a drill of the Joint Task Force-National Capital Region’s plans for the 58th Presidential Inaugural, held Wednesday at the D.C. Armory.

Odle said visitors should plan for several aspects of the event.

“The weather is probably going to be cold, so we recommend folks layer,” said Odle. “We also recommend people take extra time coming into the District, and choose options like the Metro or parking outside and walking in.”

Security will be the top priority at the swearing-in ceremony at the U.S. Capitol and along the parade route, said Odle. “Expect long lines at security lines for all ticket holders.”

Trying to funnel so many people into the area between the Capitol and the Lincoln Memorial requires major changes to normal operations in the District.

“We’re encouraging folks not to drive into the District,” said Odle.

“As in previous inaugurations, there are going to be certain bridge closures and road closures,” said Odle. “The most important thing to note is within the parade area, Downtown D.C., there will be no vehicular traffic.”

With numerous secure areas, pedestrian traffic will be limited.

“You will not be able to cross Pennsylvania Avenue,” said Odle. “People aren’t aware of that, and think they can cross to get to certain Metros or to reach their vehicle.”

People attending the Inaugural Parade will need to go through security check points to line the route, which follows Pennsylvania Avenue from 4th Street NW, past the White House reviewing stand, to 17th Street NW.

Asked if President-elect Donald Trump intended to walk part of the parade route, Becker said it’s unclear what Trump will do, and planners will coordinate with the Secret Service.

About to get briefing on plans for 58th Presidential Inauguration at DC Armory, w 60 ft x 40 ft map pic.twitter.com/tF4a5lnhmi

President Obama and President-Elect Trump will meet at the White House, before Inauguration ceremony. pic.twitter.com/25AITYEKFS

Participants in Inaugural parade will gather on Mall, within sight of Washington Monument. pic.twitter.com/koYZHB9Lnc

As always, swearing-in of President will be at the US Capitol. pic.twitter.com/hgUPF4Ejf1

About 13,000 military will be involved in Inauguration Day activities. pic.twitter.com/yhKb1lArrG 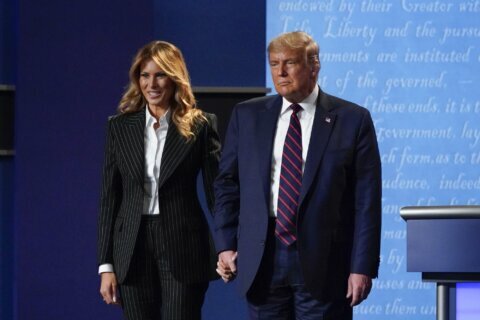 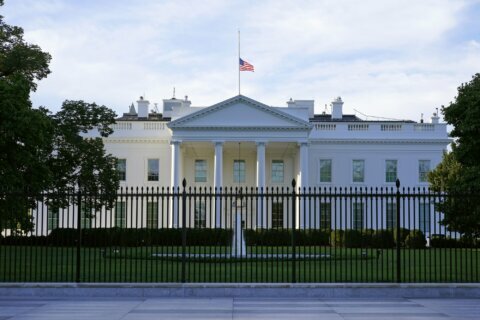