When Barbara Sollner-Webb first heard about a proposed senior living center in Howard County that could undermine the health of the Patuxent River, she quickly notified the Patuxent River Commission, where she had been a member for 19 years, and urged them to oppose the project.

The living center would be built on steep slopes and the creation of new impervious surfaces would generate runoff into the headwaters of the Middle Patuxent — the longest and only river entirely within Maryland — she told the 34-member commission. This project also included a land swap with land previously protected by the state’s agricultural reserve, or designated land to preserve farmland and rural space.

For these reasons, Sollner-Webb made a motion to oppose the Erickson Senior Living at Limestone Valley last spring, but most commission members who represent government agencies abstained. The Maryland Department of Planning staff contended that abstentions counted as “no” votes, and so the motion lacked a majority to pass.

Unwilling to give up, Sollner-Webb returned to the next meeting and made another motion — this time to support the project, which received seven “no” votes, three “yes” votes and 12 abstentions. Later that month, Sollner-Webb wrote to the Howard County Department of Planning and Zoning, stating that the Patuxent River Commission voted against supporting the Erickson project.

To her surprise four months later, Sollner-Webb received a pink slip in the mail stating that she had been replaced. Fred Tutman, the Patuxent Riverkeeper who has been a part of the commission for 23 years and voted to oppose the project, was confounded when he received a pink slip a month later. Sollner-Webb and Tutman were the longest-serving members and both had affirmed they wanted to be reappointed when a Department of Planning staffer had asked a few months earlier.

“My initial reaction was — this is because Barbara has been very outspoken against certain development projects in Howard County,” said Christopher Perry, the vice chair of the commission. “It seemed very connected.”

Tutman said the dismissals send a clear message to commissioners that if they disagree with the administration, they risk getting kicked off.

The Department of Planning “has hobbled the ability of the commission to speak with an independent voice — it’s a voice that clearly is being closely monitored and controlled by people the governor controls,” Tutman said.

Secretary of Planning Robert McCord wrote in a letter to Waterkeepers Chesapeake in February that he “decided that the Commission was due for fresh ideas and new perspectives.”

McCord did not respond to requests for comment for this story.

The Patuxent River Commission was created by the General Assembly in 1980 following a series of lawsuits involving concerns with the northern parts of the Patuxent River sending nutrientwater pollu pollution downriver into Southern Maryland and the Chesapeake Bay. The commission has no regulatory powers but has the ability to “review and comment on plans and reports related to the Patuxent River and its watershed,” according to its enabling legislation.

The Department of Planning provides staff support for the commission but does not have the discretion to choose who serves on the commission.

Rather, the governor appoints members, and more independent members representing farmers, business and environmental interests, must also be appointed with the advice and consent of the Senate. Commissioners serve four-year terms and are not paid.

“I think development is just another land-use practice, and if that land-use practice is causing harm or making an impact to the river, that’s something the commission should be well aware of and discuss,” Perry said.

“The only thing the commission can do is comment — it doesn’t have any regulatory power to approve or disapprove of a permit,” said Tutman, who called the dismissals a “coup d’etat” by the secretary of planning. “The only tool the commission has is to comment — so why shouldn’t we at least comment?”

Earlier this month, the General Assembly unanimously passed a bill that would make the Patuxent Riverkeeper a permanent voting member of the commission. Gov. Lawrence J. Hogan Jr. (R) has about a month to sign the legislation, veto it or let it take effect without his signature.

“Some people who were active, engaged members were not reappointed, one of whom was one of the few if not only African American, and I thought that was an abomination,” Pinsky said recently.

Michael Ricci, spokesman for Hogan, said the governor is in the process of reviewing hundreds of bills and has not yet decided how to act on this measure.

He also responded to the criticism about the removal of Tutman and Sollner-Webb.

“It is not uncommon for agencies and commissions to seek new ideas and perspectives. I’m familiar with those contentions, but they don’t square with the fact that folks who took similar positions on those projects remain on the commission,” Ricci wrote in an email.

Other commission members that were dismissed are Albert Tucker, Andrew Der, and John McCoy, the watershed manager for the Columbia Association.

But Perry, the vice-chair of the commission, said Tutman was “so, so active in the commission and to lose him was a pretty big blow. I’m happy that we’re fixing it with legislation.”

Perry said while he understands that having new perspectives can be a positive, keeping viewpoints of those directly engaged with the watershed is also critical.

Tutman himself is still doing work for the commission — which has no budget and three staff members — such as managing the commission’s Patuxent Water Trail website and writing report cards for the river. “I think [the Department of Planning] has no problem with us doing their work for free, but they want us very much in the audience and not at the discussion table,” Tutman said.

The disagreement about the Howard County senior facility was not the only time Sollner-Webb and Tutman butted heads with the Department of Planning. Four years ago when some commission members wanted to send a letter of concern about a proposed 35-unit housing project in Savage, the commission was told they could not comment on private development projects.

McCord released a policy memo in 2018, stipulating the statutory authority of the commission to discuss operations of local government. In it, he contended that the commission has no authority to advocate for or against specific private development projects.

The commission’s authority to review projects “may also not impinge on the authority of any other principal department of State government,” McCord wrote. He also made clear that commissioners must act individually or as a member of an entity other than the Commission when outside of official duties.

Tutman said he and other commissioners found the memo offensive.

“McCord showed up flanked with his lawyer and presented us with his bombshell — we didn’t know who this guy was, we’ve never seen him and the first meeting he shows up at, he starts giving us orders,” Tutman said.

Sen. Jim Rosapepe (D-Prince George’s) and Del. Anne Healey (D-Prince George’s) requested opinions on the behalf of some commissioners from the Office of the Attorney General, seeking clarification on what the Patuxent River Commission could and could not do.

According to the Office of the Attorney General’s Chief Counsel of Opinions and Advice Patrick Hughes, the Patuxent River Commission has the power “to comment on proposed local private development projects that may affect the Patuxent River or its watershed and are under consideration by a unit of local government.” The commission also has independent authority to comment on particular plans or reports, despite the secretary’s contrary guidance, he continued.

Tutman thought that settled the issue and continued to comment on other projects he and other commissioners found troublesome, including the senior living facility three years later.

Former officials who have worked with the Patuxent River Commission say the recent turnover is exceptional, as there had never been a question over what the commission could talk about.

Richard Hall, the secretary of planning under former Gov. Martin O’Malley (D) who worked with the commission from 1992 to 2015, said that telling commissioners that they cannot confer or make recommendations on growth issues around the Patuxent is “not even remotely truthful.”

“That just doesn’t make sense — if your mission is to protect the Patuxent, why would you eliminate one of the major factors in the health of the watershed?” he asked.

“I was surprised [the Department of Planning] would take it that far. These are long-serving people who are volunteering their time and very dedicated Maryland citizens,” he continued.

Hall recalled the commission sending a letter in the late 1990s, without a hitch, opposing a proposal to build FedEx Field in Anne Arundel County near streams connected to the Patuxent River.

Plans for the stadium eventually changed to be built in Prince George’s County and although Hall doubts the Patuxent River Commission was the single force that influenced this decision, “there’s rarely just one thing that stops development issues like that,” he said.

To Hall, the recent dismissals are just a “microcosm of the Hogan administration’s attitude towards development” and what he views as a failure on environmental issues.

And it was not easy to find interested, active, consistently participating members on the commission, let alone a Black riverkeeper, he added.

Marc Lieber, who served on the commission from 1997 to 2005 under former Governors Parris Glendening (D) and Robert Ehrlich (R), said he does not recall any time when a commissioner was replaced because of a difference in political or environmental views, even when administrations changed.

Lieber said he thinks it is well within the governor’s power to change commissioners at the end of their terms, but what struck him as unusual is why the administration didn’t simply disregard the commission’s advocacy on certain issues.

“The Patuxent River Commission is a thinking and talking commission. If [the commission] refuses something, it’s not an act that has consequences,” Lieber said. “If [past governors] didn’t like what the commission was saying, they would ignore it.”

Rarely has an administration cared so much about what the commission had to say, Tutman said.

Tutman said he is pleased that reform legislation passed both chambers with overwhelming support, but feels unsettled about the commission he would return to if the Department of Planning still hovers over commissioners’ shoulders.

“It’s a bad set up to go back to a commission that really can’t speak its own mind,” Tutman said.

He said plans to go back to relying on opinions from the Office of the Attorney General that lay out the commission’s authority. The Department of Planning “will absolutely control the agenda, so I need back up,” he said.

The commission’s first agenda after the dismissals didn’t include anything related to the Patuxent River, Tutman said. “That’s the new direction that McCord must be referring to — we’re now a commission that doesn’t really talk about the Patuxent,” he said.

Tutman said he thinks the commission needs to have more citizen seats “to counterbalance the bureaucrats.”

“We really cannot rely on the employees of various municipalities and state agencies to be independent voices for the Patuxent River,” he said.

The bill passed this year could “change everything,” Tutman said. “I have a different mandate — before I was appointed by the governor, now I [would be] appointed by 99.99% of the General Assembly and doggone it, I’m going to take that to the bank.”

But what Sollner-Webb thinks would really get the commission back on track is to move the panel away from the Department of Planning and place it under the State Department of Natural Resources or the Maryland Department of the Environment.

“The whole mission of the Department of Planning is to plan for future development, and the most economically expeditious way to get future development is to put it in one of these unused green areas that we happen to think of as the lungs of the area,” Sollner-Webb said. “It’s a conflict of interest.” 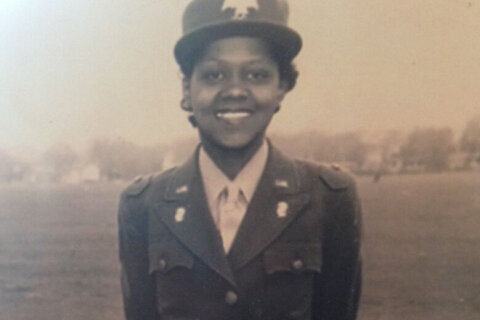