While some buildings on Main Street in Ellicott City have been saved, four buildings will be removed in the current flood mitigation plan.
Listen now to WTOP News WTOP.com | Alexa | Google Home | WTOP App | 103.5 FM
(1/3) 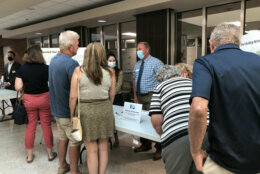 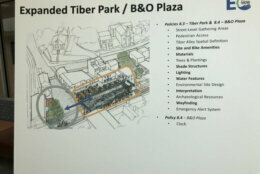 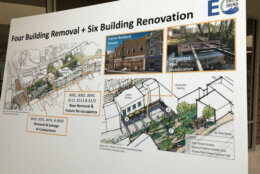 While some buildings on Main Street in Ellicott City, Maryland, have been saved, four buildings will be removed in the current flood mitigation plan.

It could happen as early as springtime.

These include the buildings that housed the former Phoenix Emporium restaurant, the Discoveries store, Bean Hollow cafe and the Great Panes art gallery.

She said that the plan is currently undergoing a federal review process that is expected to be approved in September.

The extension of the North Tunnel plans saved many buildings and streets in the lower end of Main Street.

“Other than truck traffic in and out of the construction site, you won’t be digging up the streets,” said David Corkum, principal at Mcmillen Jacobs Associates.

Howard County Executive Calvin Ball said that county funding has provided $33 million for projects in Ellicott City and more than $20 million has come from state funding.

“Ellicott City is about to celebrate its 250th anniversary, and working together, I look forward to seeing the next 250,” Ball said. 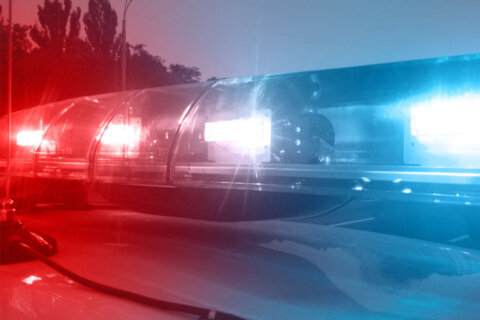