A man has been arrested and charged with attempted murder in the assault of an 80-year-old woman on a Columbia, Maryland, walking trail last week.

Howard County police said 20-year-old Traquan Malik Waller, of no fixed address, faces attempted murder, assault and reckless endangerment charges for allegedly stabbing the woman in the neck while in the 7000 block of Cradlerock Way in the Owen Brown area on Sept. 9.

Investigators determined the woman had been on a morning walk when a man came up behind her, stabbed her with a knife and ran off toward the Owen Brown Village Center, according to a news release announcing Waller’s arrest Monday.

The woman was taken to the University of Maryland Shock Trauma unit and later released.

Police identified Waller as a suspect and his clothing was found to match the description of the attacker, the department said. Detectives believe it was a random act and the suspect did not say or take anything from the victim.

Waller is currently hospitalized on an unrelated issue and will be detained until he is discharged and transported to the Howard County Detention Center for booking. 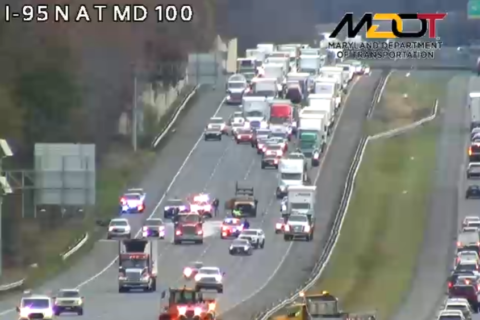 Gravel spill slowed traffic for hours on I-95 in Md.