WASHINGTON — A plan to tear down nearly 20 buildings in Ellicott City as part of an effort to reduce the severity of flooding is not sitting well with the nonprofit group, Preservation Maryland.

“As a preservation organization — an organization concerned with communities — the proposal that’s been made is pretty difficult to swallow,” said executive director Nicholas Redding. “We’d rather not see historic properties come down, when perhaps they’re not causing the greatest problem.”

Redding wishes there had been more public input before the plan was announced Thursday by Howard County Executive Allan Kittleman and Council Member Jon Weinstein.

The strategy is not meant to stop Ellicott City from flooding, but to reduce the volume and speed of water that comes through during floods. The plan is estimated to cost $40 to $50 million.

Demolishing that number of structures is worrying because it could result in Ellicott City being removed from the National Register of Historic Places, Redding said.

“They could lose a lot of the incentives that are in place to help historic communities revitalize and repair, and take care,” he said.

Redding added that the building removal, coupled with the possible consequence of being taken off the list, is “concerning” to both Preservation Maryland’s supporters and Howard County residents. Next week, Preservation Maryland will release a report detailing possible alternatives to the plan.

“We think that there can be a really great path forward,” said Redding. “We’ve honored Allan Kittleman in the past and we hope we can honor him again, and look forward to working with him on this. We’re not adversaries, we want to be partners.” 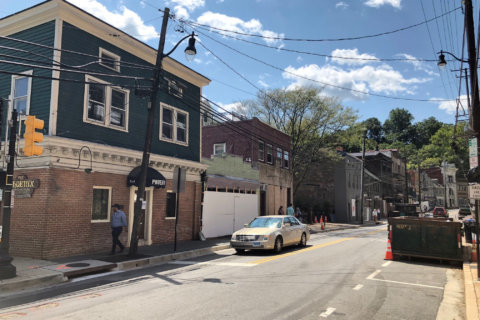 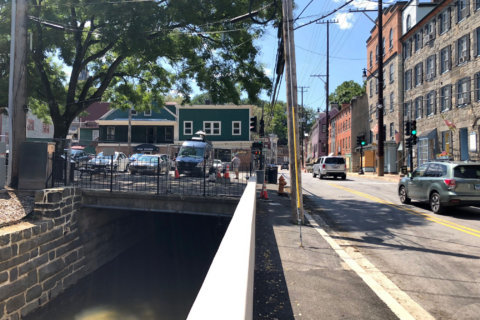