Last year's deadly flood in Ellicott City left many businesses with the tough decision of whether they should rebuild along the historic Main Street.
Listen now to WTOP News WTOP.com | Alexa | Google Home | WTOP App | 103.5 FM

ELLICOTT CITY, Md. — Once the floodwaters subsided in Ellicott City, dozens of businesses, many of which were not insured, were left in shambles. The devastation left many businesses with the tough decision of whether they should rebuild along the historic Main Street.

“When the flood happened, we were told by many experts that we can be expecting maybe 20 to 30 percent [of businesses] coming back,” said Howard County Executive Alan Kittleman.

Sally Tennant owns the Discoveries gift store on Main Street. She was one of the business owners who was forced to rebuild without the help of insurance money. The storm left much of her merchandise muddied and a lot of it ruined. Tennant said that as she worked to clean out her store, a lot of people would come inside and shake their heads.

“I know they made comments like, ‘She’s not going to be able to comeback,’” Tennant said.

But like many other business owners, Tennant was not ready to throw in the towel. She was bound and determined to open her doors once again. 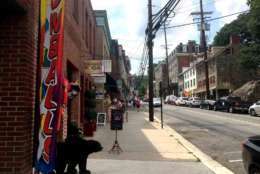 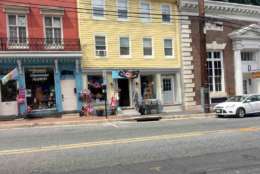 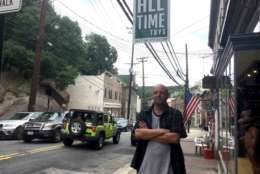 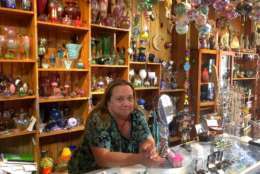 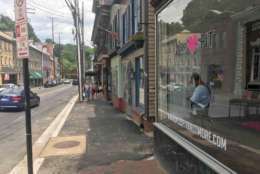 As she started on the tedious task of cleaning her store, Tennant said volunteers — people who owed her nothing — started showing up to help. What those kindhearted individuals may not have known is that they gave Tennant the strength to push forward with the rebuilding.

“I’m a jaded soul. For it to touch my heart — it really inspired me to keep going,” Tennant said.

Kittleman said with low estimates on how many businesses would actually rebuild and reopen, some in the county also questioned what would be next for the historic district.

“There are some people who had said maybe we shouldn’t rebuild. I don’t agree with that. I think this is such an important part of Howard County that we needed to rebuild, and we needed to help,” Kittleman said.

The county spent an estimated $10.8 million to restore streets and sidewalks. Work crews also shored up buildings and stream channel walls. The county expects around $8 million of the money spent to eventually come from the Federal Emergency Management Agency.

A year later, close to 95 percent of the businesses have rebuilt and reopened their doors in Ellicott City, which far exceeded county expectations.

Kittleman said it was grit, perseverance and determination of business owners that turned a devastated city back into busy town more vibrant than before.

Jason Barnes, owner of All Time Toys on Main Street, said it took a lot of support and a lot of hands getting dirty to bring the city back to life.

He is hopeful the hard work will pay off, and signs of that are already being seen with a flood of new visitors.

“The name Ellicott City has got brought up across the state, and people are really coming to check it out,” Barnes said.

Kittleman said that the county can’t prevent 6 inches of rain, in two hours, from creating a flood, but that the county is doing more to help the water move through the town. The county executive said studies continue on the city, and so does work to add stream channel walls that would better direct stormwater away from the downtown area.

Tennant and Barnes said the concern about another large flood does stick with them, but both said they decided early on to stay in the town.

The two owners lost thousands of dollars in merchandise and spent thousands to rebuild.

“I haven’t even added it up. I mean what’s the point, until I do my taxes?” Tennant said.

What Tennant and Barnes did know is rebuilding in Ellicott City was something both were determined to do after the flood.

“Not being in Ellicott City or part of this community that’s so strong and so resilient, it just wasn’t even a thought I could accept,” Barnes said. 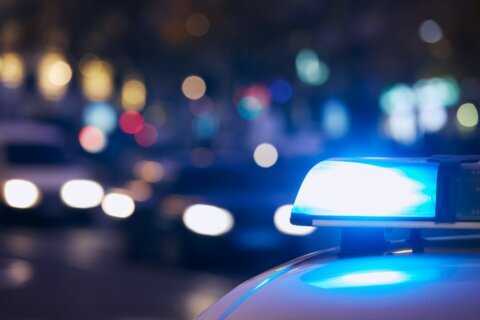 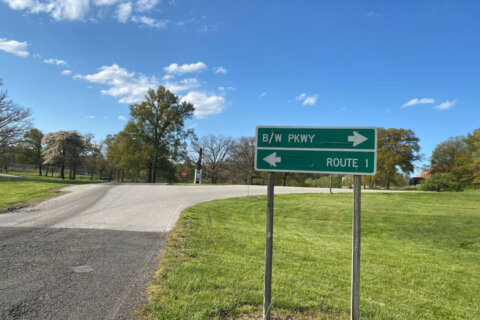