July 30, 2016, is remembered as a day when ordinary people took extraordinary risks to save themselves and others from floodwaters that overtook downtown Ellicott City, Maryland. WTOP talks to survivors about their memories of that night and where they are 1 year later.
Listen now to WTOP News WTOP.com | Alexa | Google Home | WTOP App | 103.5 FM

This is the first part of a three-part series on the floods that devastated Ellicott City, Maryland in 2016. Read part 2 here.

The day is being remembered as one when ordinary people took extraordinary risks to save themselves and others from the waters.

One story that garnered national attention was that of a store owner who went into the waters to save a stranded woman. Jason Barnes, who owns All Time Toys on Main Street, was in the basement of his store when the water began moving in the night of Saturday, July 30.

“I hopped up the stairs, the back door blew open, water came in and was pouring in,” Barnes said.

From the front of the store, he watched as his car was picked up and washed down the street. Barnes escaped the waters and headed up the street, where he met up with other displaced residents and employees.

The group watched the floodwaters move through in disbelief.

“Shortly after, we saw the little Volkswagen Bug floating down the road with someone in it,” Barnes said.

Barnes, along with several others, banded together to rescue Jamie Knight, all of them locking arms so they could reach her and pull her to safety.

Reflecting on it a year later, a humble Barnes said what he and others did was the right thing to do.

“We all have an equal stake in life, so just being able to do the decent thing, I don’t think it was heroic,” he said.

Before the flood, Barnes didn’t know the woman he saved. He would only see Knight pass by from time to time. After the flood, Barnes said, he and Knight realized they have a lot in common. They’re now friends, and their conversations have since moved past the flood and what took place that evening.

Down the street from Barnes’ store is Sally Tennant’s Discoveries shop. She was inside when the wave of water slammed into her storefront.

“I ran like hell to get out of here,” Tennant said.

She ran to her upstairs apartment, and the water followed as she climbed the stairs, Tennant said.

She grabbed her frightened cat and put it in a suitcase because she couldn’t reach its carrier. “He was so scared; he didn’t make a sound,” Tennant said.

Tennant ran into her bathroom and hoisted a suitcase with the cat through the window and she followed. As she waited on the roof for the fire department, Tenant watched with dismay as the water overwhelmed the town she loved and called home.

Tennant lost her car that night, and endured thousands of dollars of damage to her business, which was uninsured but has since reopened. Her apartment was also damaged.

For Tennant, fears of another flood in the area are very real. But like many others in the town, she considers herself fortunate just to be alive.

“I was stunned by the devastation,” she said. 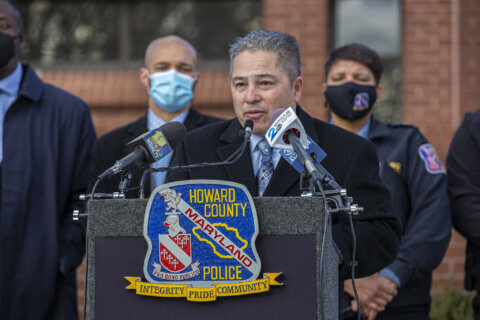