Police captured Watson, 28, around 9:40 p.m. off Dorsey Run Road in Jessup, Maryland, in a wooded area. They found Watson hiding in a drainage pipe about 18 inches in diameter a few hundred yards from where he was reportedly sighted Wednesday morning.

The pipe had been confirmed empty earlier, police said, but the area was rechecked after dark by officers with night vision equipment.

“He surrendered and was taken into custody in good condition,” Howard County police said in a written statement Wednesday night.

Earlier Wednesday, Watson was reportedly spotted in Jessup, leading officials to ramp up their search in that area. Around 9:30 a.m., a man was spotted near the railroad tracks behind a building in the 8200 block of Dorsey Run Road. A caller reported the man was wearing a white hard hat and a safety vest, and ran when he was spotted.

When officers responded to the area, they learned that a hard hat and safety vest had been stolen from a nearby storage building.

Officials searching the area also found packing materials inside of a concrete drainage tunnel, indicating Watson may have recently been in the tunnel.

On Friday, Watson was being transported to Clifton T. Perkins Hospital in Jessup from the Wicomico County Detention Center when he pushed a guard and ran into the woods.  Watson was serving a sentence of more than 100 years in a correctional facility in Delaware for attempted murder.

“We have followed up on every tip — every tip — that has come in over the weekend and over the last few days,” she said. “We established a perimeter immediately upon learning there was a sighting in the area, and we are confident we are in the place where he was last spotted.”

A full ground search took over the area, including helicopters, bloodhounds, K-9 units, tactical teams and law enforcement from several agencies. Train service in the area was running, but at speeds that would not allow anyone to board.

The search covered industrial areas around the hospital to include buildings, trucks, trailers and other vehicles. Officers were also searching woods and tunnels throughout the area.

This story has been updated. Stay with WTOP as we get more details. 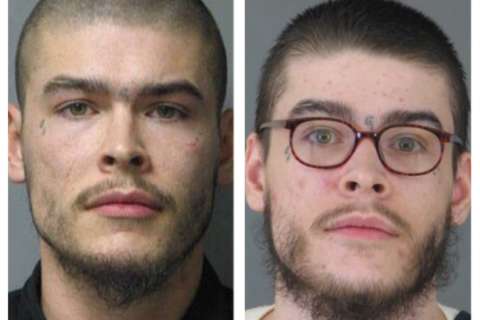 No sign of escaped prisoner; US Marshals to lead search