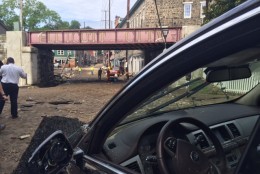 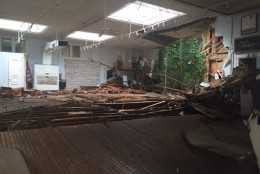 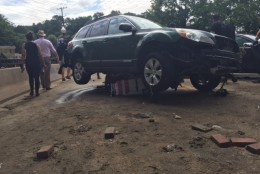 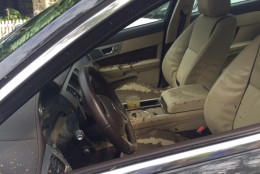 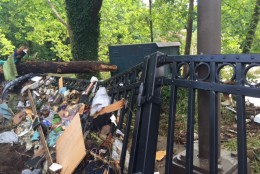 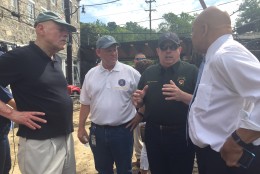 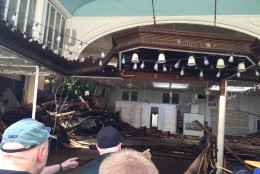 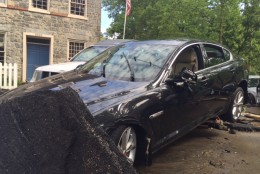 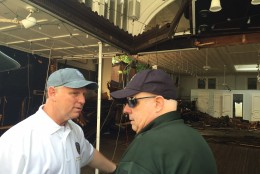 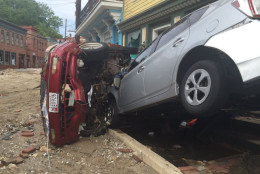 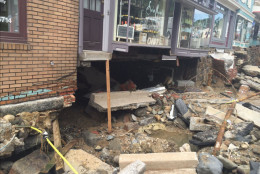 Watsula had been visiting Ellicott City with her family when the flooding forced them to abandon their car. Her family members were all rescued, but Watsula was swept away by the water, her body found around 2:20 Sunday morning.

Blevins was in the car with his girlfriend when the water rose. She was able to get out of the car and to safety, but Blevins was swept away with the car. His body was found around 8:30 Sunday morning.

The body of a woman was recovered from the Patapsco River early Sunday and police announced Sunday afternoon that a man also died. Two other people were missing after the town received nearly 7 inches of rain. Some 120 people were rescued during the flooding, said Andy Barth, a spokesman for Howard County Executive Allan H. Kittleman.

Gov. Larry Hogan was touring the damage Sunday and declared a state of emergency. Kittleman also urged citizens not to try to come to downtown Ellicott City. “Let us do the work,” he said.

Kittleman said that many businesses are nearly completely destroyed, especially those at the bottom of the hill. Crews are checking buildings for structural soundness but Kittleman fears a lot of buildings are going to have to come down.

The damage, Kittleman said, has to be seen to be believed.

Ellicott City was established in 1772 as a mill town along the Patapsco, and many 18th and 19th-Century buildings were still intact before Saturday’s floods. Once a home to mill workers, in recent decades it has become known for restaurants, art galleries, antique shops and nightlife. Main Street slopes dramatically toward the river and has long been susceptible to flooding.

The Roger Carter Center is open as an emergency shelter for people who need to shower, use the restrooms or charge mobile devices.

WBAL-TV reported that the city’s Main Street had “collapsed” and photos from Twitter document large holes left in the street as the water receded. During the flooding, the water reached waist-level for some residents and some people had been trapped in cars, WUSA9 reported.

Kittleman released a statement on Facebook urging residents living in some areas along the Little Patuxent River in the county to move to higher ground away from the water.

At 11:59PM on July 30 @HoCoGovExec declared a State of Emergency in #HoCoMD, allowing the County to access state resources.