U.S. highways will be far busier over the Memorial Day holiday weekend than last year, but traffic still won’t reach pre-pandemic levels, according to a forecast by the AAA auto club.

AAA officials say travel will increase because more Americans have been vaccinated against COVID-19 — about one-third of U.S. adults — and consumer confidence is growing.

The auto club and insurance company said Tuesday it expects more than 37 million people to travel at least 50 miles from home during the holiday weekend, up 60% from last year, which was the lowest since AAA began keeping records in 2000.

If the AAA forecast is right, however, it would still be 6 million people, or 13%, fewer than left home over Memorial Day in 2019.

AAA said 34 million Americans plan driving trips between May 27 and May 31, a 52% increase over last year, and nearly 2.5 million will take plane trips, nearly six times more than the same period in 2020. A small number will take buses or trains.

So far in May, nearly 1.5 million people per day have gone through U.S. airport checkpoints, according to the Transportation Security Administration. AAA said its air-travel forecast seems low because it counts each traveler once, while TSA counts somebody twice if they take a round-trip flight. 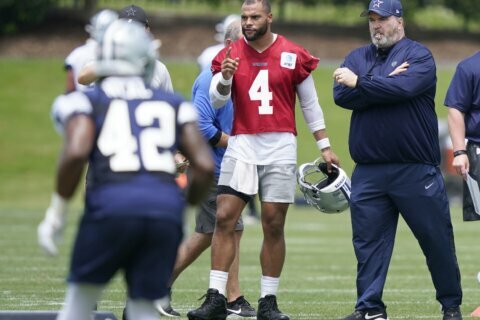