From the trap to the lab: How DC protects residents from mosquito-borne diseases

On the ground and hanging from tree limbs, traps are in place to catch mosquitoes. Luring in insects is the first step in an elaborate process that can serve as an early warning system if viruses like Zika, West Nile, Chikungunya or Dengue begin to crop up in the District.
Listen now to WTOP News WTOP.com | Alexa | Google Home | WTOP App | 103.5 FM
(1/6) 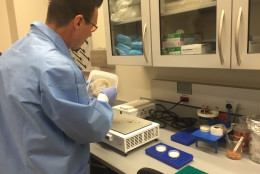 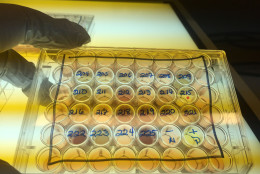 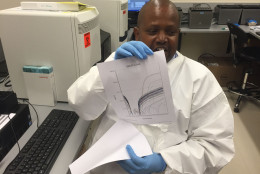 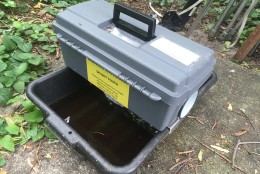 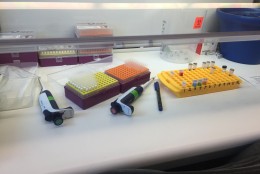 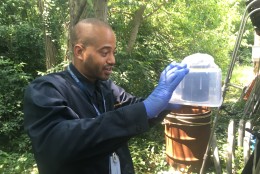 WASHINGTON — On the ground and hanging from tree limbs, traps are in place to catch mosquitoes. Luring in insects is the first step in an elaborate process that can serve as an early warning system if viruses like Zika, West Nile, Chikungunya or Dengue begin to crop up in the District.

For many years, DelVento said the city has tested for West Nile virus, but this year, new fears about the other viruses, including Zika which can cause birth defects, have led to the development of additional tests.

Some of the traps use decaying organic material while others use carbon dioxide, which mimics the sweat of humans to attract the bugs. Every 48 hours, the mosquitoes from dozens of traps in D.C. — there are at least four in each ward — are collected and taken to city’s forensic lab on E Street, Southeast.

Once at the lab, the blood suckers are put in a refrigerator of sorts cold enough to stop them from flying around but warm enough to keep them alive. The mosquitoes are then separated by sex and since males don’t bite, they are not tested. Once separated, the bugs are placed into vials and move on to the RNA extraction process.

A special tool helps scientists extract the mosquitoes RNA so it can be used to determine if any viruses exist. That RNA will then undergo several tests, some offer results in a couple hours, others take days to process.

The first, the quickest test, is known as the Polymerase Chain Reaction tests, or PCR. It similar to the test doctors use for diagnosing strep throat and provides results in two hours.

After the PCR tests, the samples go through what is called a tissue culture. The process involves samples being heated and cooled 40 times, causing any possible viruses to grow, which makes them easier to detect.

“It’s good that we are doing the tissue culture, it takes five days, but we’re not gonna miss anything,” said Cleavland Weeden, senior medical technologist at the D.C.Public Health Laboratory.

Color changes in the samples tell scientists whether or not there are any potentially positive specimens. Any positive results go through the earlier testing again to see if a virus type can be identified.

Horng-Yuan Kan, a molecular biologist and bioterrorism coordinator for the D.C. Department of Forensic Sciences, says that so far this year none of the mosquitoes the lab has examined have tested positive for Zika, West Nile, Chikungunya, Dengue.

One that has come up as potentially positive is still being tested, but Kan said chances are it will come back as the West Nile virus. Last year, 50 percent of the mosquitoes tested in the District, tested positive for West Nile virus.

In addition to testing, the District is continuing its battle to knock down mosquito populations by using larvacides in standing water.

Members of the community also can help in the battle by emptying standing water in their back yards. The city also has mosquito protection kits which residents can receive.

The kits can be picked up at a community outreach meeting which will take place on Saturday, July 16 or you can contact the Department of Health by emailing doh@dc.gov or calling (202) 442-5955. 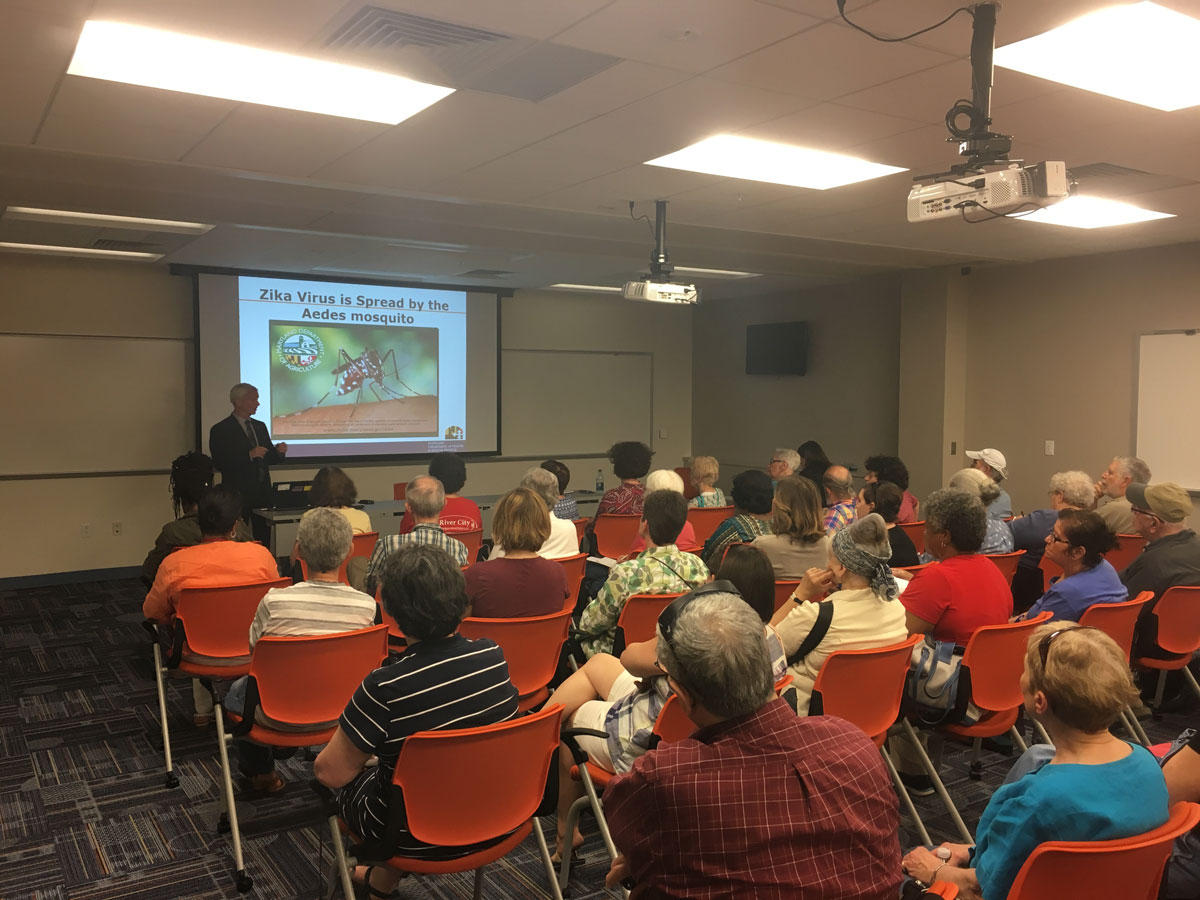