So far, all local Zika cases involve individuals who picked up the virus traveling abroad, but there is growing concern that the summer influx of mosquitoes could lead to locally transmitted cases.
Listen now to WTOP News WTOP.com | Alexa | Google Home | WTOP App | 103.5 FM

SILVER SPRING, Md. — People love the summertime, but so do mosquitoes, which is why Montgomery County officials are talking to residents about its plans to battle any local cases of the Zika virus.

At a town hall in Silver Spring Thursday, residents learned about the illness, which is linked to birth defects, and about how the county plans to prevent it from spreading locally.

Maryland has 17 known cases of Zika, and some of those are in Montgomery County, says Dr. Ulder Tillman, the county’s chief health officer.

So far, all cases involve individuals who picked up the virus traveling abroad, but there is growing concern that more mosquitoes could lead to locally transmitted cases.

“There is a concern that we could see it,” Tillman said of the possibility of a mosquito biting a person infected with Zika and passing it on to someone else.

The local spread of the virus would most likely happen when a mosquito bites a person who contracted the virus while traveling abroad.

Two mosquitoes which have been seen in the state can transmit Zika.

The Aedes aegypti mosquito, which prefers warmer climates, is a good transporter of the virus. Even though it is rare in Maryland, they have been seen.

The second mosquito, the Aedes albopictus, better known as the Asian tiger mosquito, is more prevalent in the D.C. area. While that type of mosquito can transfer Zika, it’s not likely.

“The county will be pairing with the Department of Agriculture to do door-to-door outreach and, if allowed, inspections of private properties,” said Earl Stoddard, the director of the Montgomery County Office of Emergency Management and Homeland Security.

If the state finds the Aedes aegypti, or a large population of the Asian tiger mosquito, then spraying will begin in the areas where they have been found.

“To reduce their population, to make sure those mosquitoes are not biting our people,” said Dr. Howard Hath, deputy director of public health for the Maryland Department of Health and Mental Hygiene.

The state will also call for spraying near the homes of people who have Zika and are in a stage in which the virus can be transferred via a mosquito.

The spraying will happen at night, not only to spare residents from walking into the mist but also to prevent other insects, such as bees, from falling victim to the treatment. County officials plan to do their best to notify residents of spraying by using Reverse 911 and the county alert system, Alert Montgomery.

The county is also calling for residents to help in the fight against mosquitoes and Zika. Stagnant water should be treated or emptied around homes, since that is an ideal egg-laying spot for the mosquitoes.

Also, anyone who spots standing water on property which doesn’t belong to them is encouraged to call the county, so officials can look into it and speak with the property owner. 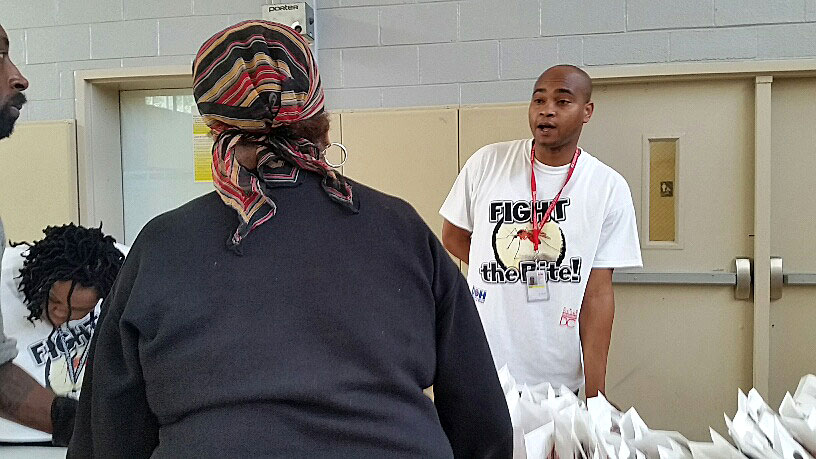